Formerly Viroth’s Hotel, Viroth’s Villa has been renamed in order to distinguish it from its new sister property — Viroth’s Hotel. But the rest remains the same, which is a wonderful thing. Compact Viroth’s is a boutique hotel — one that has earned the moniker rather than shamelessly appropriated it.

With just seven slick, stylishly-designed rooms Viroth’s is a haven of urban refinement. The rooms are minimalist and airy with beautiful floor tiles and artful furnishings. Features include air-con as well as ceiling fans, for those who want to keep the sliding glass doors to their private porches open but still stay cool. The private decks have minimal furniture but come with a key ingredient to a pleasant outdoor evening in Siem Reap — a giant, mosquito-killer lamp. The rooms themselves are open, with the rainfall shower bathroom connected to the room, and the toilet the only space cordoned off by a separate door. There’s cable TV, iPod docks, safety-boxes and firm, queen-sized beds.

The smart rooftop cafe, which serves light food throughout the day, and spa swing the deal. The spa is small, but offers a small range of services at attractive prices — for example, a 90-minute massage is only $20. The equivalent, in such a setting, would cost significantly more elsewhere. You could also opt for a Jacuzzi-side massage should the mood takes you. Every corner is a monument to style.

The owners, a Cambodian named Viroth and his French partner, are just as stylish and inviting as their hotel. And they’ve done it again, with their latest adventure, Viroth’s Hotel, which is just around the corner. This stunning art-deco-inspired building was designed by Siem Reap-based architect Lisa Ros. Where Viroth’s Villa is small and intimate, the 36-room Hotel functions on a much grander scale, and though it looks like it should be, is not much more expensive. 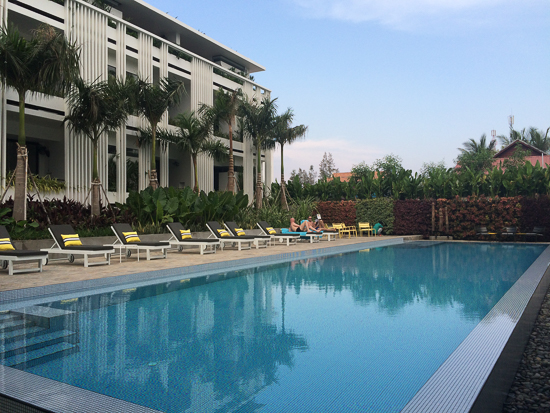 The rooms follow the same minimalist, urban style as the Villa together with individually selected pieces of art and furnishings, super-wide beds, more stunning floor tiles (we never knew we liked tiles so much until we visited here). All the rooms have their own terrace, many of them overlooking the stunning saltwater pool, and the chief distinction between them being in their size. 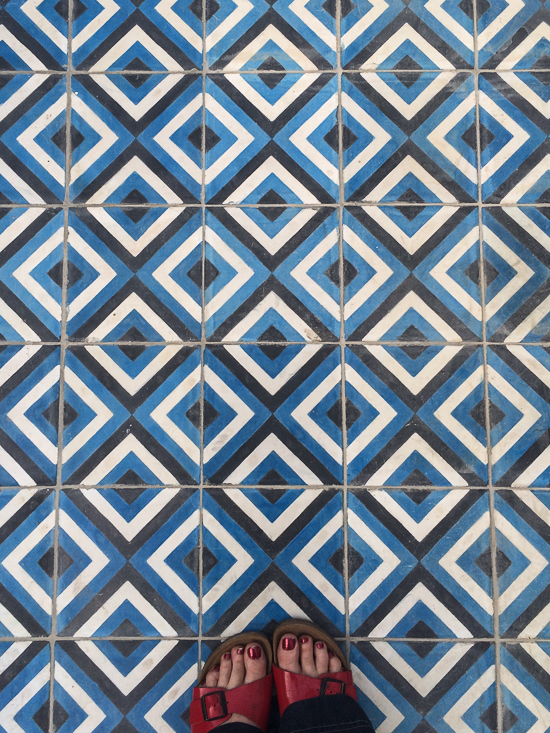 The open-air common areas are equally well-thought out. Beautiful design features and some stunning furniture pieces that the owners have collected over the years add up to an unusual buff classy space that you may well want to visit for a cocktail even if you’re not staying. Journeys through time and space = time for a martini, don’t you agree?

We have to say that the websites for Viroth’s Villa and Hotel do not do a great job of distinguishing between the two, and Viroth’s Villa is referred to as Viroth’s Hotel on the Villa website page. We’re sure this will be cleared up, but do make sure that you check which one you’re booking into in order to avoid confusion.

Our top 10 places to stay in and around Siem Reap

Style that can’t be imitated

Where should I stay in Siem Reap?

The lay of the land

A classic in lush gardens

Doing it right for years