Security and hostel dorms in Singapore

Security and hostel dorms in Singapore

Some points to watch out for

I’m a bit over half way through my couple of weeks of Singapore hostel testing and it’s all run pretty smoothly — some places have been great, others considerably less so. For someone who hadn’t stayed in a dorm for a few years, it has been interesting seeing just how dorms in Southeast Asia have (and haven’t) changed. Give it a spin for the sinners.

One thing that hasn’t changed unfortunately is theft. Travellers stealing from other travellers in dorms remains a problem. How do I know this? In just under two weeks I’ve had two towels stolen.

It sounds petty — and to a point it is — but it does point to the problem that it seems you’re far more likely in Singapore to have stuff stolen from you by another traveller than a local. Sure, I guess both my towels could have been stolen by a cleaner, but I’d have to say I think that is unlikely. They’re not the one being charged daily by the hostel to rent a towel. Dwelling on a missing wet towel.

Let me explain. In Singapore, travellers who would normally stay in a private room end up in dorms because the cost of a private room can be prohibitively expensive for budget travellers. In Singapore most popular dorms start at around the $20 mark; for the corresponding 500 baht you can often get a semi-decent air-con private room in Thailand. In Singapore you could well be sharing the room with 20 other people.

Some hostels, like some airlines, nickel and dime travellers by charging for extras like a towel or a padlock for a locker — people accustomed to dorm travel elsewhere will already have their own towel and padlock. If you’re unfamiliar with dorms, however, it is easy to be caught out having not packed a towel as most hotel rooms, even dingy ones, will supply at least something that can be used as a towel. Of course not all hostels do this — some supply decent bedding, free secure lockers and free towels. So for the tight budget traveller, where everything in Singapore is a pain point, who wants to break the budget paying $3 a day for a towel? Why pay when you can just use someone else’s?

Unfortunately there is little you can do — a towel certainly won’t dry in a locker and you’ve probably got better things to do than sitting around watching it dry. But it does show that some travellers are quite comfortable taking what they need or want — without asking — from other travellers. They’re more thieves than travellers.

It’s been interesting seeing different people’s attitudes towards dorm room security. I’ve seen travellers chaining their pack to the bunk while others leave iPhones and laptops laying around on their bed while they head out for breakfast. One traveller slept with her laptop under her pillow. Some take their daypack to the shower — others find that really odd. Some use lockers, others don’t. 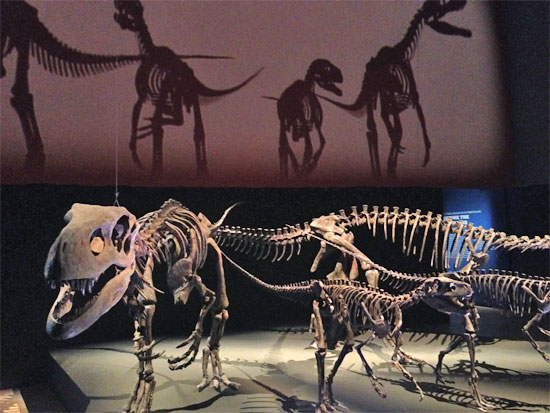 Protecting your wet towel with a reanimated dinosaur may be a little excessive.

It’s a personal judgement call on how paranoid you should be. You’ll find hostels will just about never accept responsibility for anything stolen — I didn’t bother complaining about the towels. Also I’m not sure how your travel insurance would view a claim for a stolen laptop left on a bed while you went out for lunch.

Security at hostels in Singapore can be variable; most have keycard access to the front door, but individual dorms are not always keycarded — so don’t steal off your dorm mates, steal from the next dorm down the hallway. 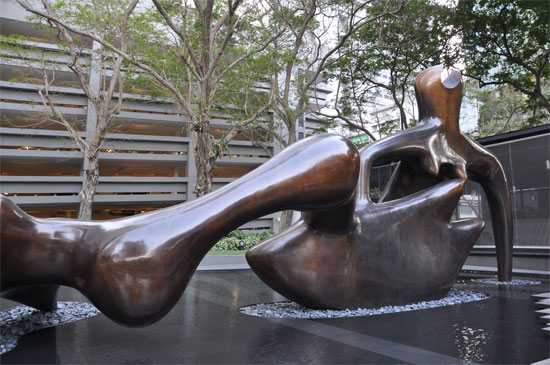 This photo has nothing to do with stolen towels. I just like the sculpture.

Any 10-bunk dorm has a capacity of 20 people — so hanging around are maybe 10-15 laptops, 15-20 smartphones and perhaps a dozen tablets. It’s easy to see how a dishonest traveller could make enough for an extra couple of months of travel. Just stealing a towel would net them about $90 a month in saved towel rental!

My advice? Use a locker. Don’t leave your stuff laying around unless you know, for a fact, it will have a friend keeping an eye on it. And most importantly, use a crappy towel — preferably one you used to dry your dog with.