Time to be a beach bum

Signs at Apache Bungalows instruct guests to “chill” and “relax,” not that you’ll need the encouragement at one of Ko Samet’s most laidback places to stay. The eclectic old joint has held onto its backpacker soul, even if rates now run into flashpacker territory. Look no further if you’re after a chilled-out beach bungalow spot where you can let your hair down. 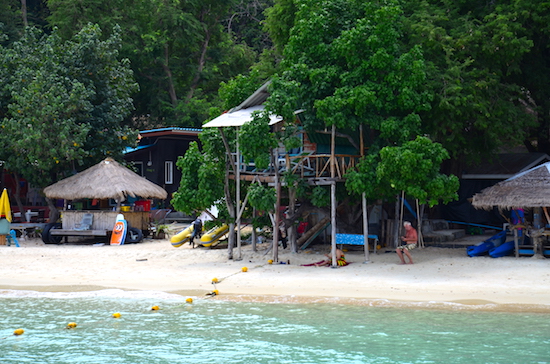 Ramshackle — in a good way.

Stretching along the length of Ao Lung Dum’s soft khaki sand, Apache is punctuated by a handmade red windmill, bamboo beach bar, semi-private cushioned pavilions, beachfront treehouse bungalow and long wood pier that’s ideal for somersaulting into the aquamarine water. A funky team of staffers serves food and drinks to tables set up on the sand. Free WiFi is available, though this is a great place to dig into an old paperback instead.

Pieced together from wood boards, logs, stones, cement and corrugated metal for the roofs, the rooms come with choice of fan or air-con. Some are classic freestanding bungalows while others come two to a building. Wide porches front them all, including several that are no more than two steps from the sea. Some of the structures look like they were thrown together by amateur builders, but that just adds to the quirky atmosphere. 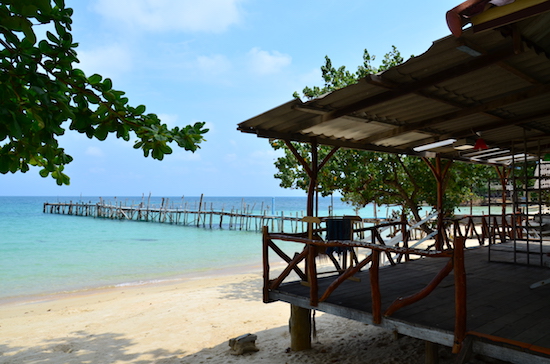 Some porches are big enough for a yoga class.

The best view comes from the porch of a tiny blue bungalow built onto the trunk of an umbrella tree. Its cold-water private bathroom is located at the bottom of steep stairs, so you’ll need to be careful when nature calls at night. Inside you’ll find nothing but a fan and springy bed draped in mosquito net. Set further up the lush hill that backs Ao Lung Dum, other fan bungalows are similarly equipped but larger and with bathrooms directly attached. 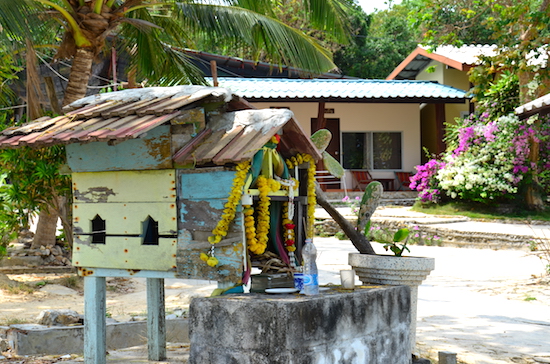 Apache also offers several large air-con rooms strung along the beach. Sporting a springy bed on tile floors along with LCD TV, fridge, sofa, sea-facing glass doors and attached hot-water wet bathroom, the one that we checked out smelled fresh. We reckon it was comparable to the air-con rooms found at Viking Holiday Resort and Baan Khiang Talay on nearby Ao Sang Thian. And you can’t beat the location. 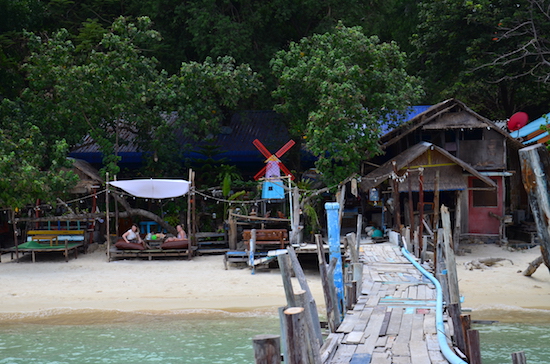 Apache has practically no online presence and can’t be found on the booking sites, so give Zim or Au a call to see about reserving a room — or just show up and hope for the best while keeping the similar air-con bungalows at neighbouring Ton Had and Jelly Fish in mind as back up. If Apache seems like your cup of tea, you’ll also probably dig Ao Nuan Bungalows.

Our top 10 places to stay in and around Ko Samet

Still one of the best

Make yourself at home

Peace and quiet near the beach

More style than most

Only option on Ao Wai