You won’t stay long in western Shan State without coming across the ubiquitous Pa-O people, who are the second largest ethnic group in Shan State, after of course the Shan themselves. Their homeland tends to correspond with the most visited part of Shan State, the Kalaw, Pindaya and Inle lake region, although the Pa-O are also found east past Taunggyi and south into Kayah State. A subgroup, the Lowland Pa-O, lives in Mon State around Tha Ton. 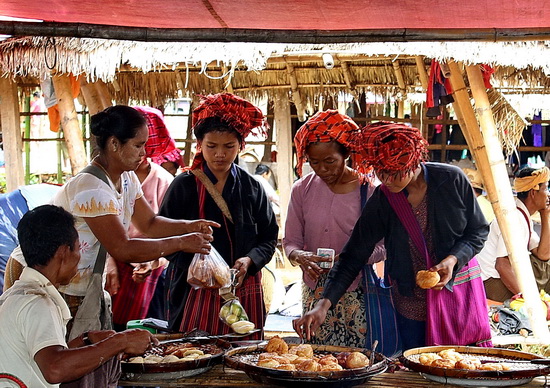 Highland Pa-O traditional dress is highly distinctive, with the women wearing plain black or indigo tunics with narrow blue and/or red trim and brightly coloured turbans wrapped around their heads, mostly in orange and red. As with many ethnic groups, the menfolk don’t favour traditional dress too much, though you may often also see them wearing turbans in a much wider colour and pattern range. 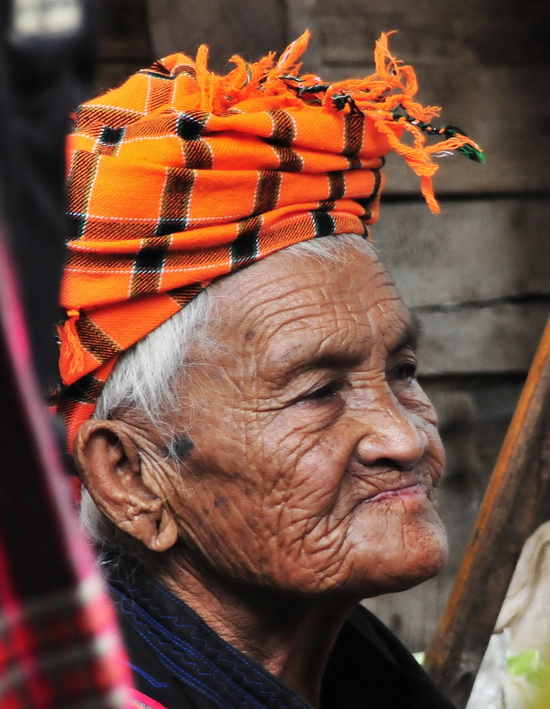 Ethnically and linguistically the Pa-O are of Tibeto-Burmese origin and thus related to the Karen people, as opposed to their neighbours, the Palaung, who are of Mon-Khmer stock, and the Akha and Lisu groups of Sino-Tibetan origins. As such they are likely to have inhabited these regions for longer than Tai groups such as the Shan themselves with ethnologists estimating their migration to date from some 1,000 years ago. 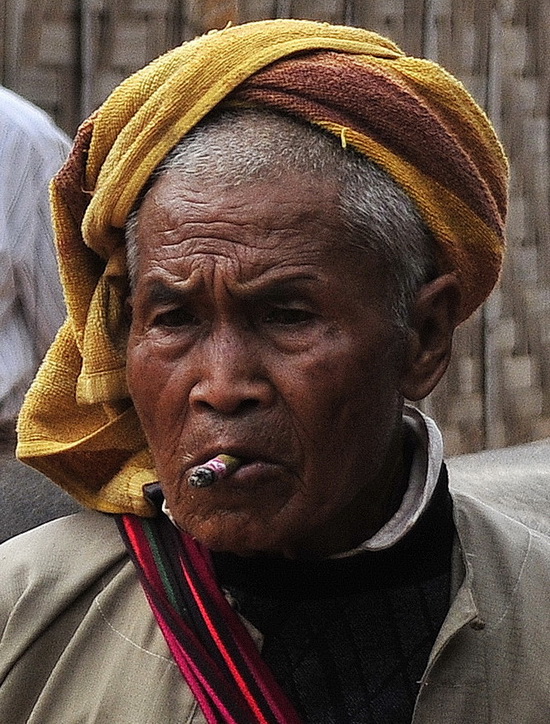 Pa-O man in In Dein market.

Pa-O villages tend to be located at lower altitudes than neighbouring groups, and villages are usually relatively affluent with tea, corn, vegetables and legumes as well as rice being cultivated on fertile Shan Plateau land. Originally animist, the majority of Pa-O are now Buddhist, with remaining Christian and animist minorities. 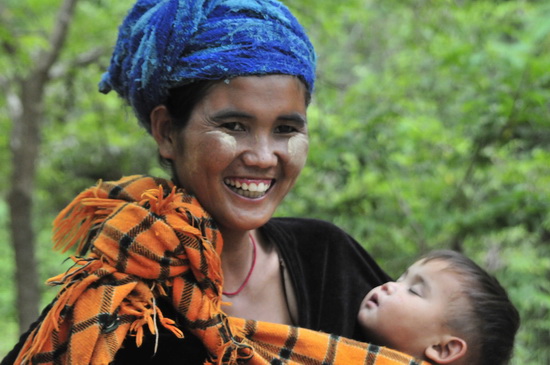 Pa-O girl and baby at In Dein.

Politically the Pa-O National Organisation has a longstanding peace treaty with the Burmese government and indeed the party has representatives in both the People’s and National Assemblies. (Notorious general and former head of state Than Shwe is married to a Pa-O woman who also happens to be Miss Myanmar 2012.) You’ll come across the industrious and often outgoing Pa-O at any Shan State market.