A proposed visit to a village of the Akhu minority near Kengtung caused a bit of confusion to begin with. “Yes, we know the Akha, we’ve seen lots of their villages in Thailand and Laos. They’re famous for selling wooden frogs on Khao San Road.” Guide: “No, no — Akhu not Akha. The ‘bamboo pipe people’.” We assumed that their Burmese neighbours preferred selling said pipes to colourful headgear and that either the guide’s or just a local accent accounted for the slight difference in pronunciation. 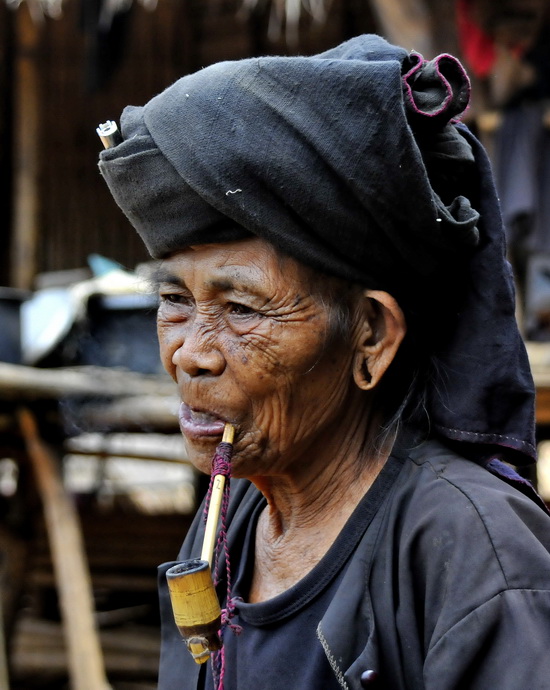 But no. Generally considered a sub-group of the Sino-Tibetan Akha, probably more for entomological than ethnographic reasons, the Akhu seemed to us a lot closer to the Mon-Khmer Enn group, though having evolved in small communities in an isolated valley for generations they have developed a language that is mutually unintelligible with those of other minorities, and traditional dress and costumes that set them apart from their nearby cousins. Enn and Akha villages are close by but in rugged terrain with limited communications and transport. 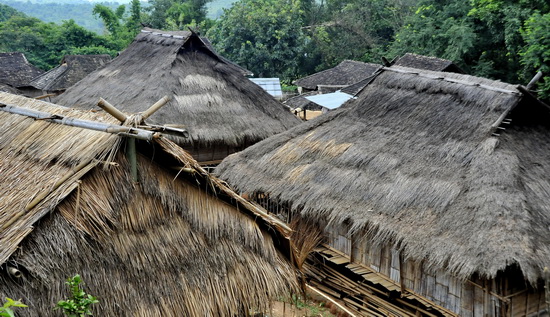 According to local guides, and indeed the Akhu themselves, just a handful of their villages remain in the immediate area around eastern Shan State’s Kengtung. The people are Baptist, with missionary proselytising clearly influencing their culture — you won’t find Akha-style swings and gates in their villages. Houses though remain very traditional, if somewhat toned down decoration-wise, while traditional dress, which is still worn by most of the tribe’s women, is also much plainer than that of their neighbours. Hemp or cotton jackets died black using indigo and lacking any frills seem to be standard dress, while head-gear consists of black turban-style scarves. (We’re not sure what they’d get out for special occasions.) What their dress lacks in colour their jewellery makes up for with distinctly Enn-looking necklaces and elongated earlobes with elaborate earrings. 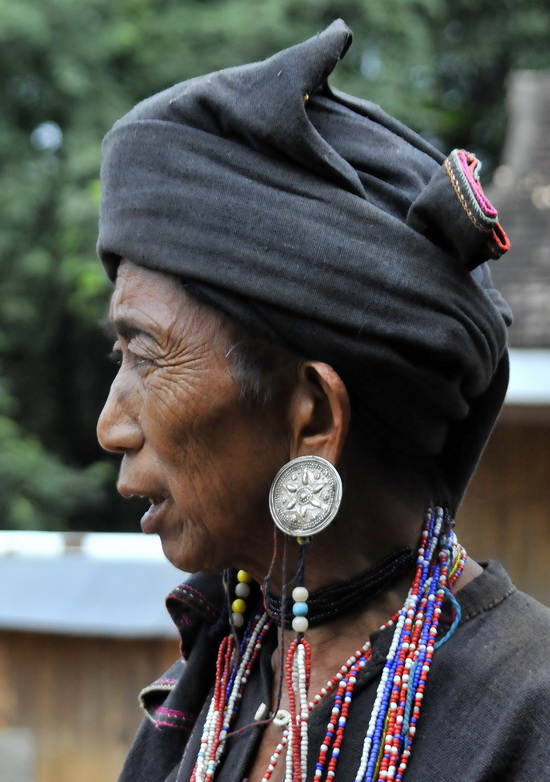 They are, as our guide mentioned, famous for chain-smoking tobacco in bamboo pipes (and we’d envisaged mass flute bands?!), which, unlike the Enn, they favour over betel nuts. 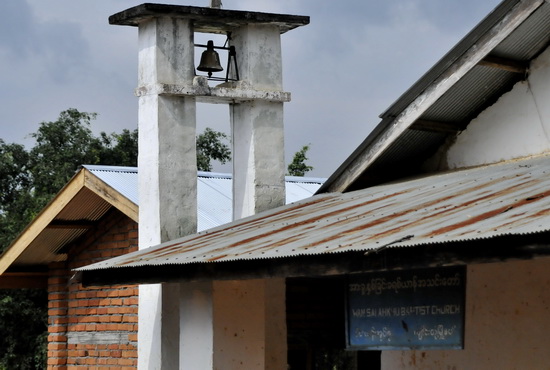 Probably due to their lowly status as a tiny minority, they seem to have been shunted onto less desirable land and are one of the most underprivileged hilltribe groups, with an appalling infant mortality rate. These days villages have access to medical care and educational facilities so conditions are improving, but learning Burmese certainly doesn’t seem high on their priorities so other than the Akhu language, like other local minorities, they use Shan to communicate with their neighbours and townsfolk. Akhu villages often feature on Kengtung trekking and day-tour itineraries; visits to their villages are low-key affairs with little or no handicrafts preferred, other than those ubiquitous bamboo pipes.