When’s a good time to visit Burma (Myanmar)? The question slips easily off potential visitors’ tongues but… there is no easy answer. We’re going to stay on the proverbial fence by saying that when it comes to travelling to Burma, all periods of the year have their pros and cons. Here’s a brief rundown on just what these are, season to season. 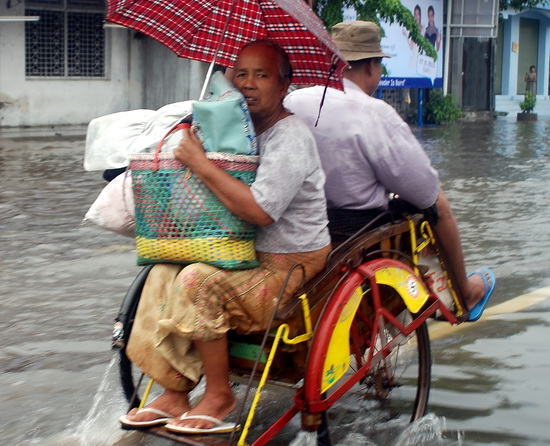 You’ll probably want to miss floods. This is Mandalay under water.

Burma’s another of those long, thin countries — something of a regional speciality, hello Thailand, Laos and Vietnam — possessing a wide range of geographical zones and hence at times unpredictable weather patterns, with a trend towards localised micro-climates.

Broadly speaking though, along with its western neighbours Thailand and Laos, Burma has three distinct seasons: monsoon, cool and dry, and hot and dry.

The May to October period is dominated by the western monsoon off the Bay of Bengal, though this may begin earlier and last longer in the south, Irrawaddy Delta and Yangon (Rangoon) areas and coastal regions. The far north and eastern Shan and Kachin States are usually more protected as is the famous ‘dry zone’, rain-shadow area of the central plains.

The cool season from November to February is logically much cooler in the northern and western mountainous areas and Shan Plateau, and far less noticeable in central plains areas.

Finally the hot and dry period lasts from approximately March to May, and this is a lot more pronounced in lowland central regions away from uplands and the coast. 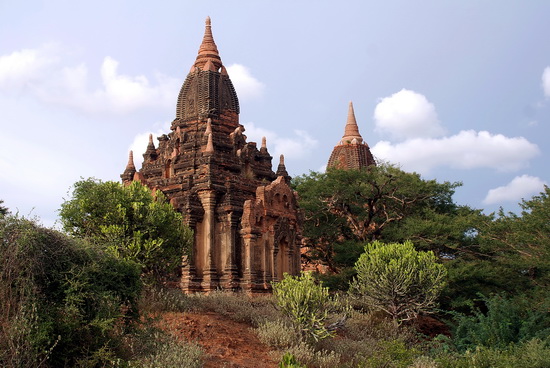 The cool season is traditionally the most popular time to visit since temperatures are milder, averaging between 20 and 25 degrees Celsius, though it can get downright cold in the hills. The disadvantages of coming to Burma when it’s cooler though are that prices go up and the popular destinations can get very crowded. 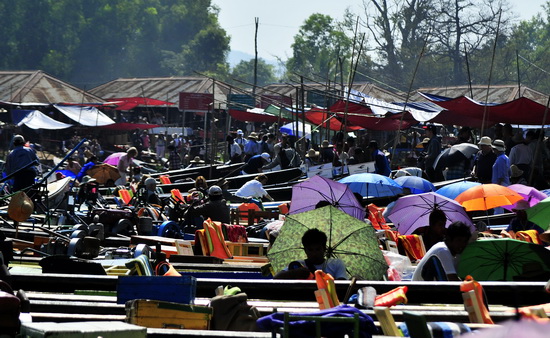 More tourists than locals at this Inle market during high season.

Unless you’re looking at heading to a beach, then the rainy season is a good option, with low season prices, far fewer visitors and plenty of dramatic skies for your photos. It doesn’t rain all the time by any means and a shower is often an excuse to sit in a tea shop for 30 minutes until it’s passed over. Yes, it can get sticky, but temperatures are lower than during the hot dry season.

Temperatures can get very high during March and April — even into the low 40s on some occasions — which puts off a lot of visitors. Bear in mind if you do decide to brave the heat then though, you’ll often have the place to yourselves — and Burmese New Year in April is a great time to be in the country.