Accessing the internet in Laos is possible pretty much right throughout the country via several options, including some hotels in the more remote towns, such as Phongsali, which offer decent WiFi connections. But the problem with relying on hotel WiFi is that many of the less touristed towns simply don’t have hotels with free WiFi and some hotels that do require you to head down to the lobby to access it. The best way around this is to stump up some cash to buy a 3G SIM card. 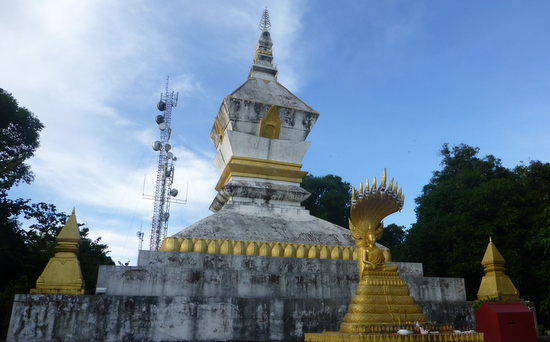 The two biggest 3G providers in Laos are ETL and Unitel with a raft of other providers giving great coverage predominantly in Vientiane. But if you are going outside of Vientiane, it is best to stick with either ETL or Unitel.

In our experience Unitel has vastly superior 3G coverage with reception being available even on some remote mountain roads. In most towns the speed of the 3G hovered between 1mbit and 2mbit which is fast enough to stream YouTube videos without any buffering.

So how do you go about getting hooked up with Unitel? Well, the best option is to find the local Unitel office. They are located in many towns and distinguished by a big bright orange sign above the shop. We had some luck at these shops and other times they had no idea what an internet packet was. So if you have no luck at the Unitel shop, buy a Unitel SIM card from any shop that sells them (variable, but usually around 20,000 kip) and follow these instructions. 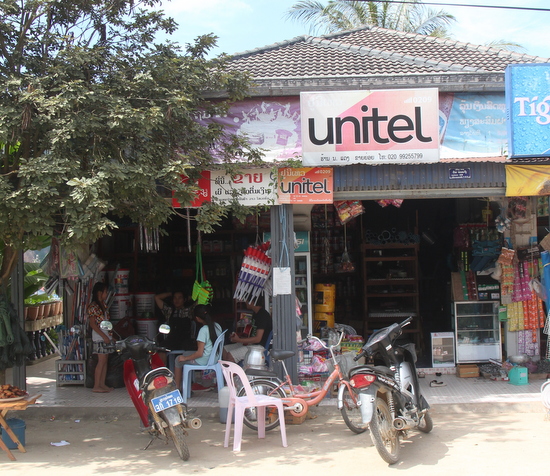 Firstly, it’s likely the SIM card will be the old style and too large to fit in a modern smartphone. If you need to chop it down to size for your phone, do that with scissors making sure it more or less looks the same as another SIM card you have.

Put the card in the phone (even if you wish to use it in a 3G USB stick later), dial 901 and follow the prompts. Next, send a text message to 178 with your name, the province you’re in, year of birth and your passport number. The format is name#province#year#idnumber. Your card is now activated. If for some reason that doesn’t work, just call 178 and ask for someone that can speak English and they will register the sim card for you.

Next, add some credit. Buy a recharge card, scratch off the silver stuff on the back and enter the newly revealed pin number by dialing *121*pinnumber# You now have credit on your phone which can be checked by dialing *122#

From this point forward, it should be possible to access the internet on your phone, although it will simply be using the credit you just added on a per megabyte basis, which is more expensive than buying a prepaid packet. Open a webpage to test if it is working. If so, it’s time to buy a packet.

The packets from Unitel are a good deal but the deals do tend to change a fair bit, so you’ll need to check on their website for the latest. At the end of 2012 you could buy a 1gb packet for 40,000 kip with 1 month validity. It’s also possible at the time of writing to get 220mb with 1 week validity for 10,000 kip.

To buy a packet, simply text the name of the packet to 209, wait for a confirmation response and then reply with YES. Packet names are available from the Unitel website, but the most common packet names are MI10 and MI40 which represent the 10,000 and 40,000 kip packets respectively.

At this point, internet services should be working perfectly. It’s now possible to move the SIM to a USB stick where you will need to check the APN settings. The APN for Unitel is unitel3g. 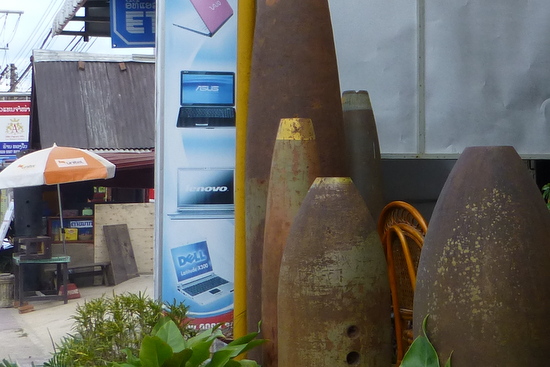 If all this fails or you get lost along the process somewhere, simply call 109 and ask for someone who speaks English to help you. They’re usually pretty good.

With great coverage, fast speeds and keen prices, we need never hear another person whinge about the free WiFi in a hotel again, especially when this internet is shareable via the iPhone tethering feature.

Adam gave up a corporate career in 2009 and left Australia for the hustle and bustle of Southeast Asia. He now lives in Indonesia.