What are the alternatives to Bangkok?

What are the alternatives to Bangkok?

One of the most popular travel destinations in the world, Bangkok is also the centre of Thai society in just about every possible way — including the political demonstrations and military coups of recent years. Fortunately, there’s no shortage of worthwhile alternatives for anyone looking to skip Bangkok without going all the way up north or down south.

This list covers places that can reached within a one- to five-hour trip from Bangkok: touristy beaches, jungle-clad mountains, unexpectedly intriguing cultural areas and more. Click on the names of each for complete information on accommodation, attractions, transport, food and drink — all of which has been personally checked out, on foot, by our intrepid researchers. 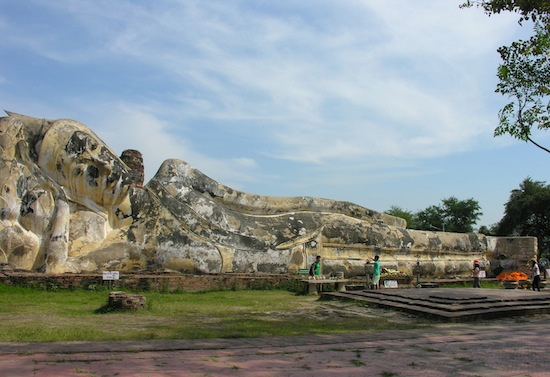 Ayutthaya
Easily reached from Bangkok by bus, van, train or even boat, Thailand’s ancient capital is the closest option for those wanting to avoid the modern one. If your would-be Bangkok itinerary includes a lot of temples, museums and palaces, Ayutthaya is the perfect alternative. Learn about the historical events that shaped Thailand into what it is today, or simply be wowed by the towering stone monuments built centuries ago. Either way, don’t miss the outlying temples. 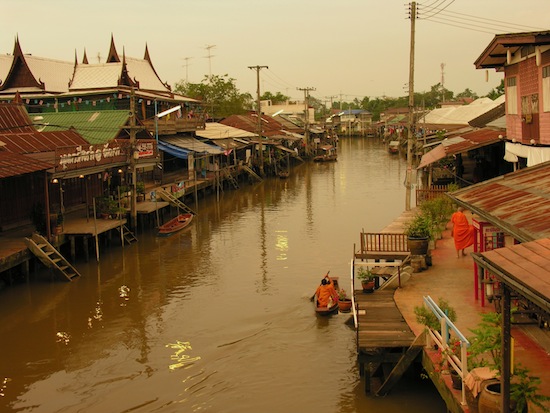 Amphawa
Less than 100 kilometres southwest of the capital, Amphawa provides an enchanting dose of everyday Thai life along the abundant rivers of Samut Songkhram province. Go on a weekend to hit one (or more) of the area’s floating markets, or arrive midweek to soak up the low-key atmosphere while lounging at a canal-side homestay. Other highlights include an ancient banyan tree temple and a tightly packed market where a train rambles through a few times a day. 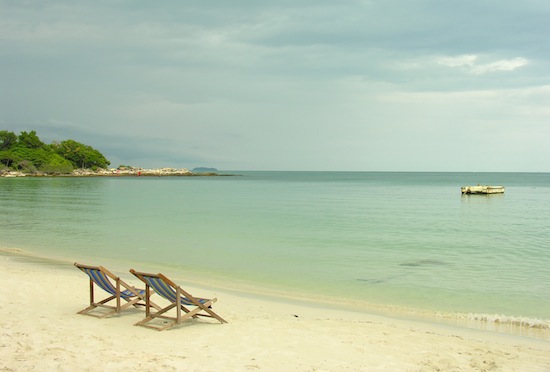 Ko Samet
A four-hour bus ride and ferry hop from Bangkok’s eastern bus station, Ko Samet boasts the powdery-white sand, thumping beach parties and secluded bungalows that the Thai islands are famous for. A mainstay for both foreign and Thai travellers, Samet’s wide range of accommodation will please everyone from low-budget backpackers to the most well-heeled holidaymakers. The secluded southern bays are a world away from the north coast’s party scene, let alone soldiers and protesters. 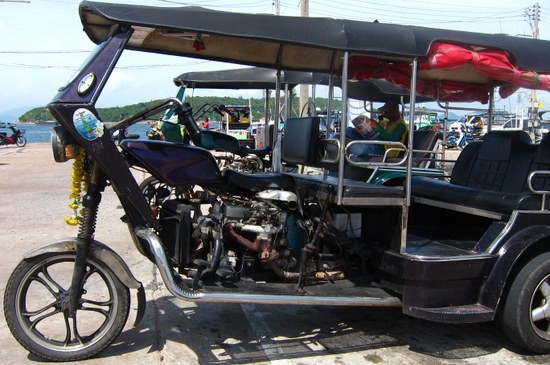 Ko Si Chang
Travellers who shy from the predictable might skip Samet and head to this little-known fishing island instead. Picturesque villages, a compelling history and fresh yet affordable seafood make up for a lack of sparkle on the beaches. If you need some excitement, head over to the mainland beaches and nightlife in Bang Saen, which is popular among Thais but unknown to most foreigners. Note that Ko Si Chang should not be confused with the far larger Ko Chang, itself a good option if you don’t mind a few extra hours on a bus. 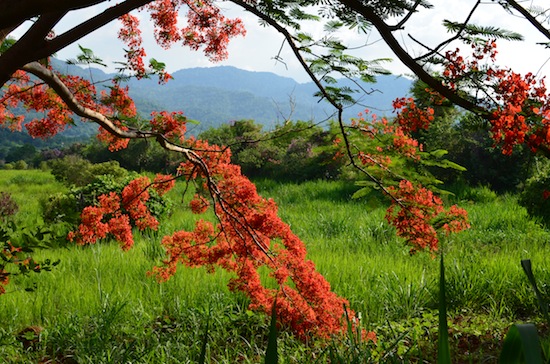 A typical roadside view in the Khao Yai region.

Khao Yai
Prefer mountains over sea? If so, head a few hours northeast of Bangkok to the old-growth jungle, waterfalls and wildlife of Khao Yai National Park. While the park itself is no-doubt the main draw, the nearby and often overlooked Pak Chong, Muak Lek and Wang Nam Kiew areas are also worth a few days. You’ll need to be comfortable on a motorbike or willing to rent a car or taxi to explore the many farms and wineries that dot the countryside, but it’s worth the effort. 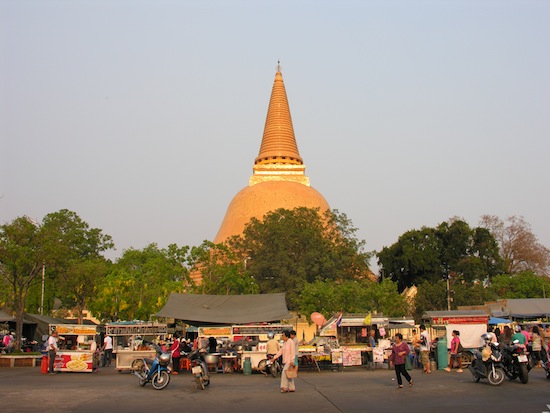 Nakhon Pathom
Just west of Bangkok, Nakhon Pathom province is about as popular among travellers as compromise among Thai politicians. Not very. Yet it’s a rewarding option for those willing to veer from English-speaking travel offices and banana pancakes. Those who can deal with the rundown hotels and taxi drivers who speak virtually no English are treated to several underrated attractions, including Thailand’s tallest chedi. Go even further beyond the ordinary with a trip to Nakhon Chaisi. 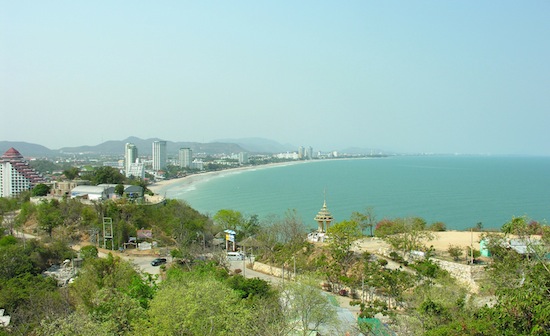 Hua Hin
The exact opposite of Nakhon Pathom, Hua Hin attracts busloads of tourists to its lacklustre beaches, endless resorts and tourist area where pizza is easier to find than authentic Thai food. The current home of the Thai king and queen is known as a family-friendly holiday spot, but you’ll also find some decent nightlife. Those seeking peace and quiet can retreat to the often-empty beaches that run from Cha-am to Bang Saphan, or the spectacular mountains of Khao Sam Roi Yot National Park. 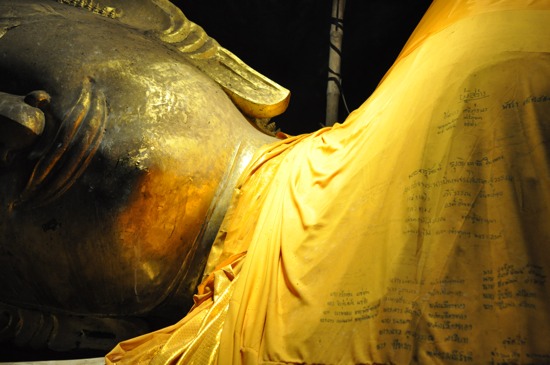 Put your head down in Phetburi.

Phetburi
If Hua Hin is just too touristy, neighbouring Phetburi province also has a good mix of things to see and do — sans the tailors and souvenir shops. The town itself has some photogenic old houses, temples and markets, while outlying Phra Nakhon Khiri Historical Park and Kaeng Krachan National Park are a one-two punch of culture and nature; just keep an eye on the brazen monkeys. Phetburi also has plenty of empty beaches to go around. 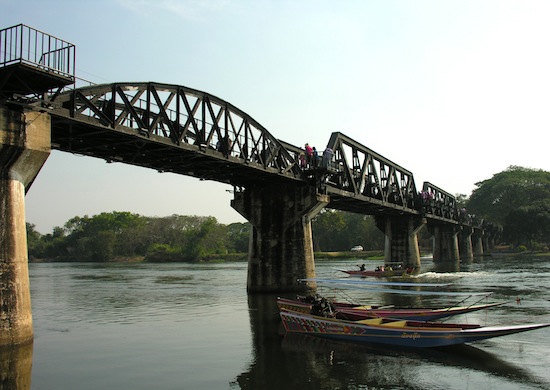 Kanchanaburi’s famous bridge is just one of countless attractions.

Kanchanaburi
It’s easy to see why Kanchanaburi has long been a go-to getaway spot for a diverse range of people. Set along the River Kwai 120 kilometres west of Bangkok, the provincial capital is an oddly agreeable mix of relaxing rafthouses, roaring nightlife and World War II history. A long list of outlying attractions includes Erawan National Park‘s multi-tiered waterfall, the haunting Khmer ruins at Prasat Muang Singh and the sobering “Death Railway” memorial at Hellfire Pass. If you’ve enough time, do head over to Sangkhlaburi as well. 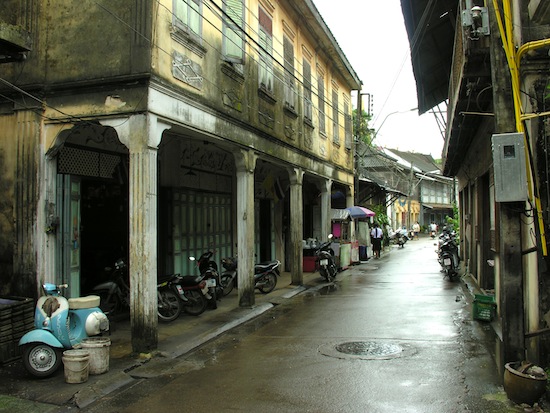 Chanthaburi offers a great mix of culture, mountains and beaches.

Chanthaburi
We’ve argued that Southeast Thailand’s “City of the Moon” is the most underrated destination in the country — so yes, it’s worth the five-hour bus trip from Bangkok. After wandering the riverside old town with architectural and culinary influences from the Thai, Chinese, Vietnamese and French, take a trip to the temples, waterfalls and beaches that round out the province’s varied list of attractions. Also don’t miss local treasures like fruit, crab and gemstones.