Geography of I-san or northeastern Thailand

Geography of I-san or northeastern Thailand

Covering some 160,000 square kilometres, the northeastern region of Thailand, I-san*, accounts for nearly a third of the kingdom’s surface area and includes 20 provinces with a total population of approximately 22 million. Geographically and still to a large extent culturally, I-san possesses a unique identity distinct from that of Central, Northern and Southern Thailand. It is also certainly the least visited area of the country, which is a great shame since there’s definitely plenty to see. 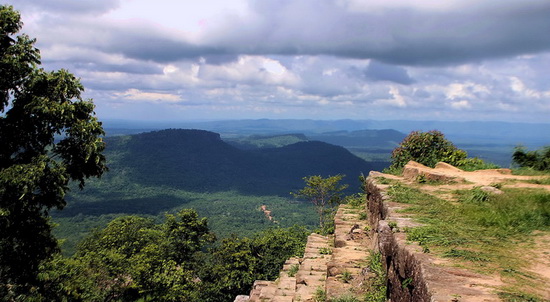 Geographically I-san is situated on the Khorat Plateau and is bordered in the north and east by Laos and the Mekong River, to the south by the Dandrek Mountains and Cambodia, and to the west the Petchabun Ranges stretching from Loei and Petchabun in the north and which culminate in Nakorn Ratchasima’s Khao Yai National Park to the south. The predominantly low, gently undulating plateau is one of Thailand’s most important rice growing regions, although certain parts of the plateau suffer from poor and saline soils. There are occasional outcrops of low hill ranges, especially towards the northeast, with the scenic Phu Pan Mountains of lower Udon and upper Khon Khaen provinces. Apart from the Mekong itself, I-san’s most important waterways are the Chi and Mun river systems which drain towards the east. The plateau rises towards its southern rim to form the wooded hills of the Dandreks, (and where you can find the national parks of Khao Phra Viharn in Si Saket and Phu Chong-Na Yai in Ubon Ratchathani), before dropping off abruptly as a sheer escarpment overlooking northern Cambodia. Looking over the Mekong Valley towards Laos at Pha Taem.

To the southeast more steep cliffs lining the Mekong overlooking Laos provide some spectacular scenery (see for example Ubon’s Pha Team National Park), while the north with a more gentle slope to the banks of the Mekong still provides some bucolic riverside scenery particularly in Nong Khai province. Chaiyaphum and Khorat to the west have some spectacular national parks in the aforementioned Petchabun range while Loei’s Phu Kradeung is one of the country’s most famous and picturesque national parks. Khon Khaen, Khorat (Nakhon Ratchasima) and Udon Thani are the largest conurbations closely followed by Ubon Ratchathani yet much of the region is rural and a large percentage of the population still live in smaller towns and villages. Weather-wise, I-san is broadly similar to central Thailand, with a hot dry season from March to May, rainy season June to September/October and cooler dry period from November through to February, although because of its distance from the sea seasons may be somewhat exaggerated and the hot season can often go into the 40s (degrees Celsius) while mountainous Loei or Sakhon Nakhon in the far northeast frequently record some of the lowest winter temperatures in Thailand.

*(Note, you’ll come across many spelling alternatives: Isan, Isaan, Issan, Esarn since there is no universally accepted Romanised form.)