The Vietnam Bear Rescue Centre, in Tam Dao near Hanoi, escaped a threat of closure earlier this year after an extensive campaign. While this means the centre will be able to continue its excellent work, bile farming shows no signs of letting up and it needs all the support it can get.

The centre, run by Animals Asia Foundation, covers 12 hectares of land and hosts more than 100 moon and sun bears; another centre is located in Chengdu, China. Most of the bears at the centres were milked for their bile, a cruel practice that causes awful pain and suffering to the bears -- the bile is used in traditional medicine. Bile farming has been illegal in Vietnam since 2005 but the practice persists. Activists estimate that around 2,400 bears are kept captive on farms in Vietnam; farmers claim them as "pets" to get around the law, plus a lack of resources often prevents the law being enforced anyway. Who's a happy bear?

Vietnam Director Tuan Bendixsen told Travelfish.org that bears can be rescued in a number of ways. "Recently two cubs in Vietnam were rescued after police stopped a motorbike carrying them going down the highway -- undoubtedly there would have been destined for the bile industry," he said. On one occasion a bear farmer read about what the rescue centre does and decided it was no longer an industry he wanted to be a part of; he turned the bears over, Bendixsen said.

Having a sanctuary for the bears helps police enforce the laws as it means they have somewhere to send them once they are rescued. "Where there is the will to enforce the law we are there to support them and take the bears," Bendixsen added. 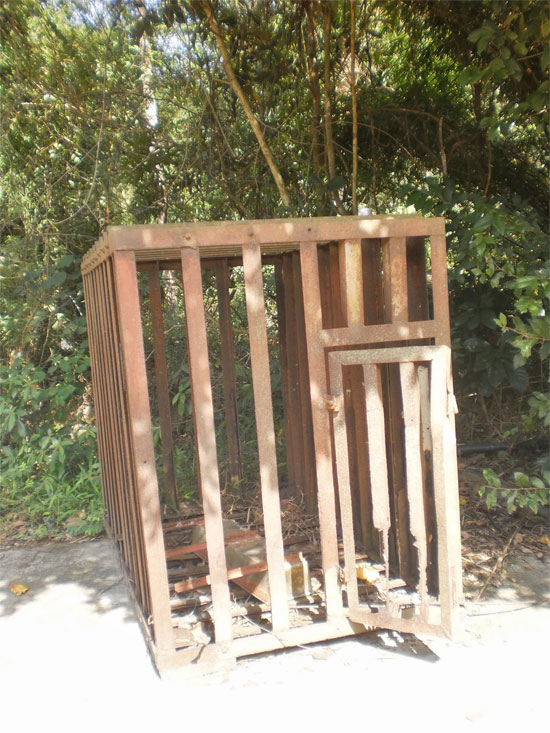 The stuff of nightmares.

Rescued bears are unable to be rehabilitated into the wild as no safe environments exist. Most of the bears anyway require regular medication and full-time care due to injuries sustained at the farms or while being transported. Many are missing limbs -- or need them amputated -- or are suffering from arthritis or peritonitis. Some are even blind, often from severe head trauma. Several have had to have their gall-bladders removed because of damage caused by bile extraction. Most are suffering from mental distress.

Upon arrival at the centre bears are given a health check and initially spend three months in recovery cages, before being integrated into the group cages, divided by breed and age. The cages are spacious with numerous enrichment 'toys' and activities supplied to engage the bears. In addition, food is hidden around the cages to encourage the bears' natural foraging behaviour. 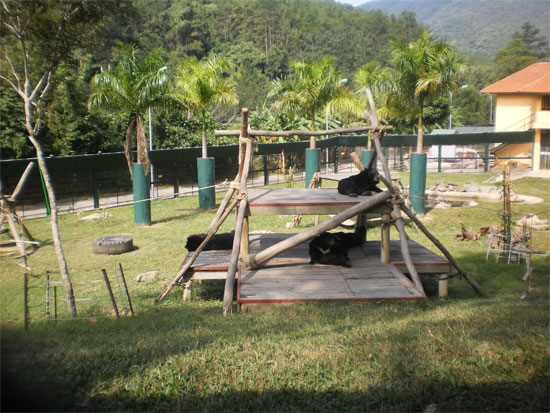 "Whereas previously they were in cages with no room to stand or move, at our sanctuary they are rehabilitated and progressed towards large open enclosures," Bendixsen said. "We've known bears to spend 30 years of their lives – their whole expected lifespan – in tiny cages with little or no medical provision and with regular bile extractions. Without rescue most would die on farms or they'd be sold for meat when their bile was no longer considered ‘pure'."

Each of the bears has its own heart-wrenching story. Zebedee has been at the centre since 2009 when he was rescued from a house where he had been kept in a cage in a dark corner for 13 years. He has permanent damage to the end of his nose caused by abuse received as a cub; the terrible diet he'd been fed ruined his teeth, 12 of which had to be removed at his first health check. Later, during the operation to remove his damaged gall bladder, a toothpick was found in his abdomen.

Incredibly Zebedee has put his problems behind him and is now a very happy bear, living in a large outside enclosure with 20 friends. He's become an expert nibbler ensuring he gets his fair share to eat despite his lack of teeth. And what gives him most pleasure is lapping up the sunshine he missed for 13 years. Easy, one of the female bears, knows what it's like to think salvation is at hand, only to suffer torture again. In 2006 she was confiscated from a bear bile farm by the authorities but with no room to house her, they asked a local resort to take her in. The resort owners however also subjected her to regular bile extraction; Animals Asia was able to eventually convince the resort to hand her over.

Please note that if you are interested in visiting the centre you can't just pop in. Contact them in advance by email to arrange a time when a guide is available to show you around. As a working sanctuary the health of the bears is the main priority and while the centre recognises its appeal to visitors, it is not set up as an attraction.

You can combine a visit with a trip to Tam Dao, as the 70-kilometre journey from Hanoi takes around four hours, so it's a long way to see the centre alone. The centre is 10 kilometres from Tam Dao.

You can support the work of Animals Asia Foundation, and the centre, through donations via their website.