The last Travelfish newsletter of 2016 - a year in review.

While we're yet quite ready to put a cork in what has been a bitter vintage of a year for many, the end of 2016 is on the horizon and this will be our last newsletter of the year. We're taking a bit of a different approach for this issue, looking back at the year that was. Thank you all for reading and see you in 2017.

A year in review

January: "I wanted the sapphire.” The passing of David Bowie on January 10 opened the year on a sad note. "I wanted my own bit of the ring of fire. I wanted the sapphire,” Bowie said, speaking of the influence on Indonesia on his holiday estate on the Caribbean island of Mustique in a 1992 issue of Architectural Digest. January saw us feature the An Thoi Islands off the south coast of Phu Quoc Island in Vietnam, review Elisabeth Pisani’s beautiful Indonesia Etc: Exploring the Improbable Nation and we particularly liked this piece in the Smithsonian on "A Journey to the Oldest Cave Paintings in the World". 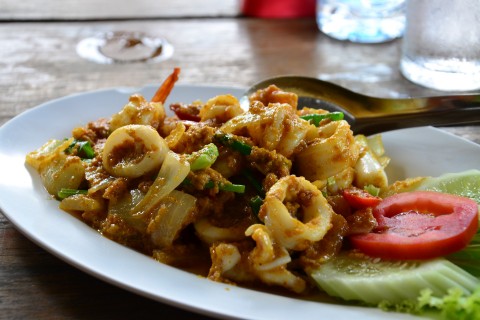 Khanom and Sichon are two little-visited beach areas in southern Thailand, and the area was our favourite feature for February. The area really feels like a throwback to how Thailand used to be before it became, well, what it is today. Easily our favourite book review of the month was The Trouser People: A Story of Burma in the Shadow of the Empire, by a friend of ours, Andrew Marshall. The Cultured Traveller journeyed by Yogyakarta while this piece on a father-son relationship during a scuba trip to Thailand highlighted the complexities of family travel — and the challenged state of some of Thailand's underwater world. This year saw some of the first of our revitalised Bali material rolling on to the site (thanks Sally!) and our feature on trekking from Candi Dasa was a reminder that even in destinations the guidebooks like to palm off as tired and tapped out, all you need do is try something different for a memorable experience. We peeled King Norodom's Head off the bookshelf for a review and if you're a fan of Phnom Penh, you'll love it. Two travel pieces jumped out this month: Maddy Crowell on Kampot Pepper for R&K and these lovely photos from Bai Tu Long Bay in Vietnam.

April: Places where nobody goes 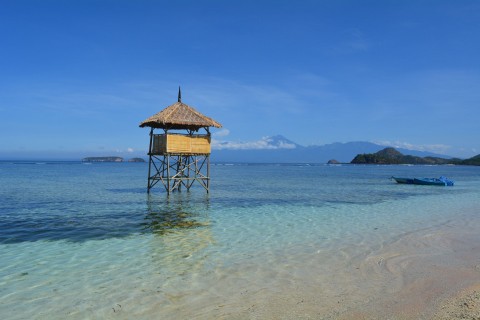 April saw us roll out our Sumbawa coverage onto the site — next to nobody goes there, which is all the more reason why you should (we've already returned once for fun). Sumbawa is famous for its surfing and so we'll stick to theme with our review of Barbarian Days: A Surfing Life — you'll find it interesting even if you've never swum in the waves in your life. Meanwhile in Cambodia the ghosts preferred dollars and over the border in Vietnam, Tom had five scooter routes on Vietnam Coracle.

May: The pleasure and the pain We managed to cram five newsletters into May so I'm choosing two features to highlight: East Sumba and climbing Rinjani — think of them as the yin and yang of pleasure and pain (you can figure out which is which). The Garden of Evening Mists by Tan Twan Eng was our favourite book of the month — haunting, beautiful and serious. A lot of great travel writing came out this month, with highlights including the life of the Mentawai tribe, Bangkok’s River of Kings, Seven days to Pasola, a guide to Thai noodle soups (burp!) and a well-informed piece on the human cost of elephant tourism.

June: Off the map travel 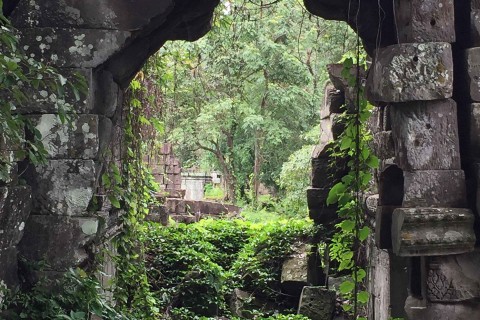 Far northern Cambodia sees few foreign eyes so this northwest Cambodia by motorbike itinerary by Nicky was a welcome piece. In a month heavy with war-era book reviews, refreshing, shocking, beautiful and thought-provoking The Sympathizer by Viet Thanh Nguyen was the stand out choice (actually, it's our book of the year, if we have to pick). A piece on bahn mi — that famous sandwich — was our pick of the month. We did also like this coverage of the rock scene in Bangkok. June saw the passing of Michael Herr, author of Dispatches. 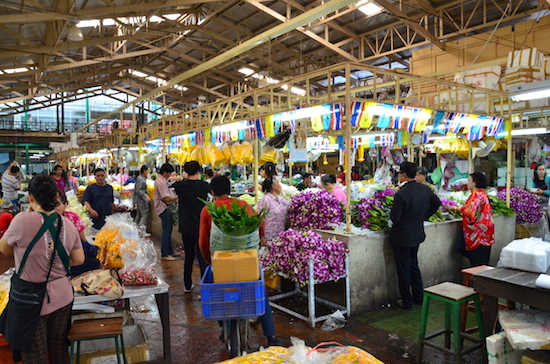 July saw the winding back of Bangkok's famous flower market, so as a bit of an in memoriam, we highlighted it. Sticking with the subversive theme, Sarong Party Girls is light and breezy but at its core is a subversive message about Singaporean society and the place women have in it. Meanwhile Lucky Peach took a stab at pho, the Atlantic looked at what happens to childhood memories and Mitchell Kanashkevich headed to breathtaking Kawah Ijen in East Java. 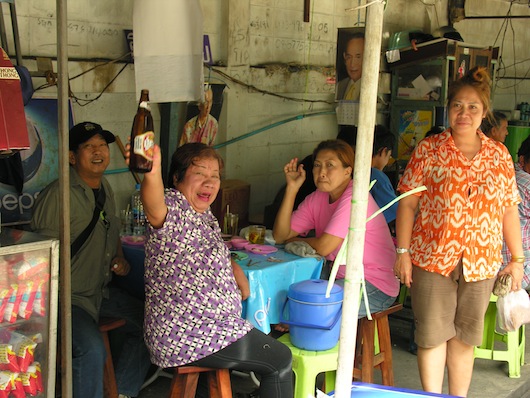 People often think Bangkok is all wats and shopping but when was the last time someone told you to go to the flute village? Well, we did this month. We reviewed five great books in August, but In The Time Of Madness by Richard Lloyd Perry stood out. On the stomach front, our own Cindy Fan wrapped her noodle around Lao noodles, Mark Bennetts wrote and photographed Cambodian jungle bikes and Harpers told us why you must shop in Hanoi ... dahhhling. September saw a raft of our Burma updates rolled onto the site including a complete rewrite of Bagan by Mark Ord (who described our existing food coverage for there as being "pathetic" — ouch). So enjoy the temples, and eat loads. In what felt like a quintessentially Indonesian beginning, our book of the month, Beauty is a Wound by Eka Kurniawan opened with a main character rising from the dead after 21 years in the ground... of course. In travel we had former gang-bangers switching to cubans in Cambodia, the Washington post went zip-lining in Laos, Singapore's punk scene (yes really) got photographed and James Clark wandered Soi Ngam Dupli.

October: The end of an era 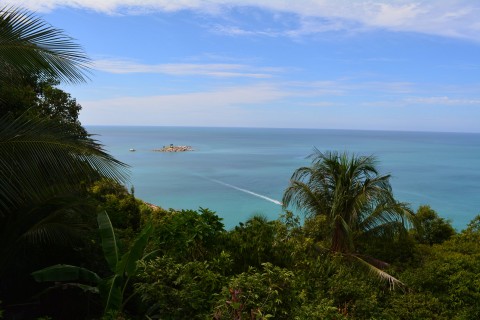 October saw the passing of Thailand's King Bhumibol Adulyadej, aged 88 — leading to the embarkation of Thailand into new and unknown seas. A raft of obits followed, but we particularly liked the one by Denis Gray for AP. After a massive tour of duty for David and Stuart through Thailand's Gulf Islands, a wrap on Ko Pha Ngan viewpoints seemed a good pick for a feature — not that they actually had much time to enjoy them... really! And, if you were looking for something to read in said viewpoint bar, you could do worse than have a copy of Glamour of Strangeness: Artists and the Last Age of the Exotic by Jamie James in your pack. In travel, James Clark released an astonishing map of all current and "proposed" railways in Southeast Asia and it is completely mental. Richard Friend looked at the changing face of Bangkok.

November: Why do we travel? In November we launched Travelfish Premium and then, in a soapbox, we asked, "Why do we travel?" Featuring Sangkhom seemed like a fair answer, as did reading our favourite book of the month, Eating Viet Nam: Dispatches from a Blue Plastic Table by Graham Holliday. Sticking with the food theme, Austin Bush (who should be a LOT fatter than he is) covered Thai street snacks for Lucky Peach, US President Barack Obama reflected on why travel gives him hope and Jodi Ettenberg deftly wrapped up Chiang Mai. 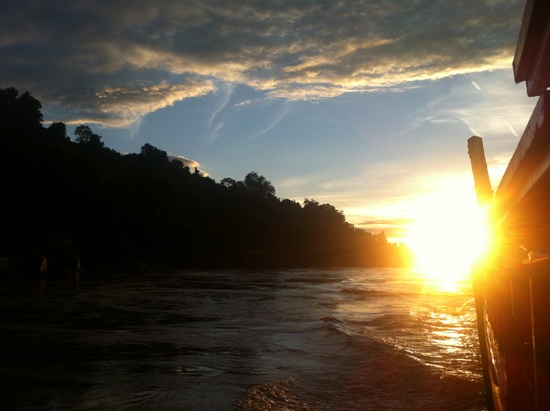 December is easy as there is just last week's newsletter. Slow down and take a trip on a river was our advice. For end of year reading, you can't go wrong with the wonderfully wise and reassuring Art of Travel by Alain de Botton. In travel, the New York Times looked at how the modern world tugs at Indonesian tribes on the Mentawais, The Diplomat covered Thai "magic tattoos" and Frontier Myanmar took a journey down south.

The year is almost done and we'll be downing our virtual tools at the end of this week to take a family holiday to Japan. We'll be back in your mailbox again in early January.This is the 44th newsletter we've sent in 2016. Thanks to everyone who makes the time to read us and pass our emails on to friends and family.

A special thanks to those who make the time to email us back with responses, thoughts and corrections.You can read the full archive of our newsletters here. If you're after still more holiday reading — or gifts for the traveller in your life — our collection of all 44 book titles we reviewed this year can be found here.

Also, a big thank you to our team of writers who work super hard to make Travelfish the reliable resource it is.

And that's a wrap!