I'm looking for recommendations for "old skool" type Island - bamboo huts on the beach, decent beaches, pretty chilled etc I've been to Thailand quite a few times over the years, but not so much recently, and places change..

Last time I was there (4 years ago) I really liked *Little* Ko Chang, though it was maybe a bit too quiet and beaches weren't great. I wasn't overly keen on its neighbour Ko Phayam, which had a lot of building work going on, so it maybe even more developed now. I did quite like Why Nam on Ko Pha Ngan - but I swore never to go back through Haad Rin after an overnight on my last visit - it was sad to see what it had become!

About 8 years ago I found Ko Jum far too quiet, and Ko Lanta too developed - hopefully that gives an idea of the sort of thing I'm after.

Ko Phayam would have been my first suggestion... Yes there are quite a few places to stay, but almost all of them are small, low-key bungalow spots owned by islanders. The vibe on Phayam is very chilled out and there's enough nightlife if islands like Ko Jum are too quiet for you.

Otherwise, an island that's as "old school" as Chang Noi but less developed than Phayam and livelier than Jum is a tough ask! I don't think that island exists in Thailand, to be honest.

You could give Ko Muk a try -- also laid back and there are a few cool bars (Ting Tong is great), but overall it is pretty quiet as well. Ko Pha Ngan is of course big and varied enough to find plenty of old school bungalows and lively places to hang without ever going to Haad Rin.

Hi
I would suggest Koh Libong. Very relaxing, close to the beach, close to snorkelling islands. 4 of us went there and had a relaxed time with great longtail boat tours to Ko Rok, Ko Kradan, Emerald Cave...
Check the Travelfish review of Koh Libong and the two Resorts there.
I have photos of our trip if you are interested.

Thanks for all the replies to my perhaps too precise requirements!

I'll check out Ko Mak - a friend spent a lot of time there many moons ago, and maybe I should give Ko Phayam another chance. I'll have a look at Koh Libong as well.

Likewise maybe I should have a further look round Ko Pha Ngan - its a big (ish) island and I've never been to the north/north east.

Probably the wrong section - but how do the cambodian islands compare to these sort of places - are they mainly gap year/college/bucket type places or are any similarly laid back? ( i don't mind the *occasional* all night party - but top40 tunes every night isn't really my thing)

I like Ko Mak, thought of mentioning it but figured too quiet for you. Ko Kut might actually be a better choice for you in that area. I also really like Ko Libong - in fact it's one of my absolute favorite Thai islands - but it's super quiet. Ko Bulon Lae is also great and very old school in terms of accommodation - you can still score half-decent bungalows just off the beach for around 300 baht. But again, quiet - it has two bars total. On Ko Pha Ngan you may want to check out some of the more remote east/north coast beaches like Haad Yuan, Haad Thian, Haad Yao and Bottle Beach.

I was getting my Ko Mak & Ko Muk mixed up easily done!

But good call on the more remote parts of KPN - i've been to quite a few places over the years - but plenty more to explore.

Thanks again for the suggestions

Hard to find something that has nightlife and restaurants without being developed.

"About 8 years ago I found Ko Jum far too quiet, and Ko Lanta too developed "


On the mainland Prachuap Khiri Khan is a nice chilled town. Amazing seafood. Doesnt have the best beaches for swimming though.

There is some intrusive resort development at Ko Mook (Muk) island off Trang at a beach called Farang Beach (AKA 'Charlies Beach') . Ko Kood has some good beaches partucularly in the south but doesn't have much in the way of old skool style wooden bungalows . Klongchao is least expensive beach to stay at there if prepared to stay back from the beach.
@JohnnyM , Was it Ao Yai beach at Ko Phayam that you noticed all the development going on 4 years ago ?

I also looked at Tezza's Beaches And Islands blog , his info about Ko Phayam is from 2011 . Just as a point of interest his comments were -

"Ko Phayam is a small attractive island situated near Ranong and the Burmese border, with several nice beaches and a good supply of old style budget bungalow resorts.But it is an island in development. When I first visited in 2006 aircon and pools were largely absent. In 2008 some had appeared. In March 2011 they were more wide-spread...

A poster on Thorn Tree forum has advised that at Ko Phayam as of this year at Ao Yai beach there are dozens of hotels and resorts but only a few old skool style bungalows left. At Buffalo Bay about 15 hotels and resorts and only 2 or 3 basic wooden bungalows remaining.

@daveelliot The Thorntree poster has given misinformation. As of this past high season, most of the roughly 15 places to stay on Ao Yai (not "dozens") were small / old-school / cheap bungalow places. There are a few higher-end places but they're not huge. One has a pool; as I recall there are only three resorts on the whole island that have pools (the other two are hidden away on the east coast). At Buffalo Bay there are also quite a few places to stay but, again, mostly small and run by islanders. Some have concrete bungalows but many - a lot more than 2 or 3 - still offer cheap wood or bamboo bungalows. Some of my favorite cheap bungalow spots are June Horizon, Archan Pan, Baan Suan Kayoo,and Lazy Hut, but there are plenty more. See here for reviews of these and pics of what the island looked like around six months ago. It has developed over the past decade but, in my opinion, not in a bad way. It has retained a laid-back vibe and is nothing like Thailand's really developed islands. Rubber and cashew farms still blanket most of the interior and there are no 7-elevens, ATMs, international branded resorts, etc. It's a favorite of mine and is especially well-suited to hippie types.

@DLuek ,
Thank you . Is Smile Bungalow at Ao Yai still there ? 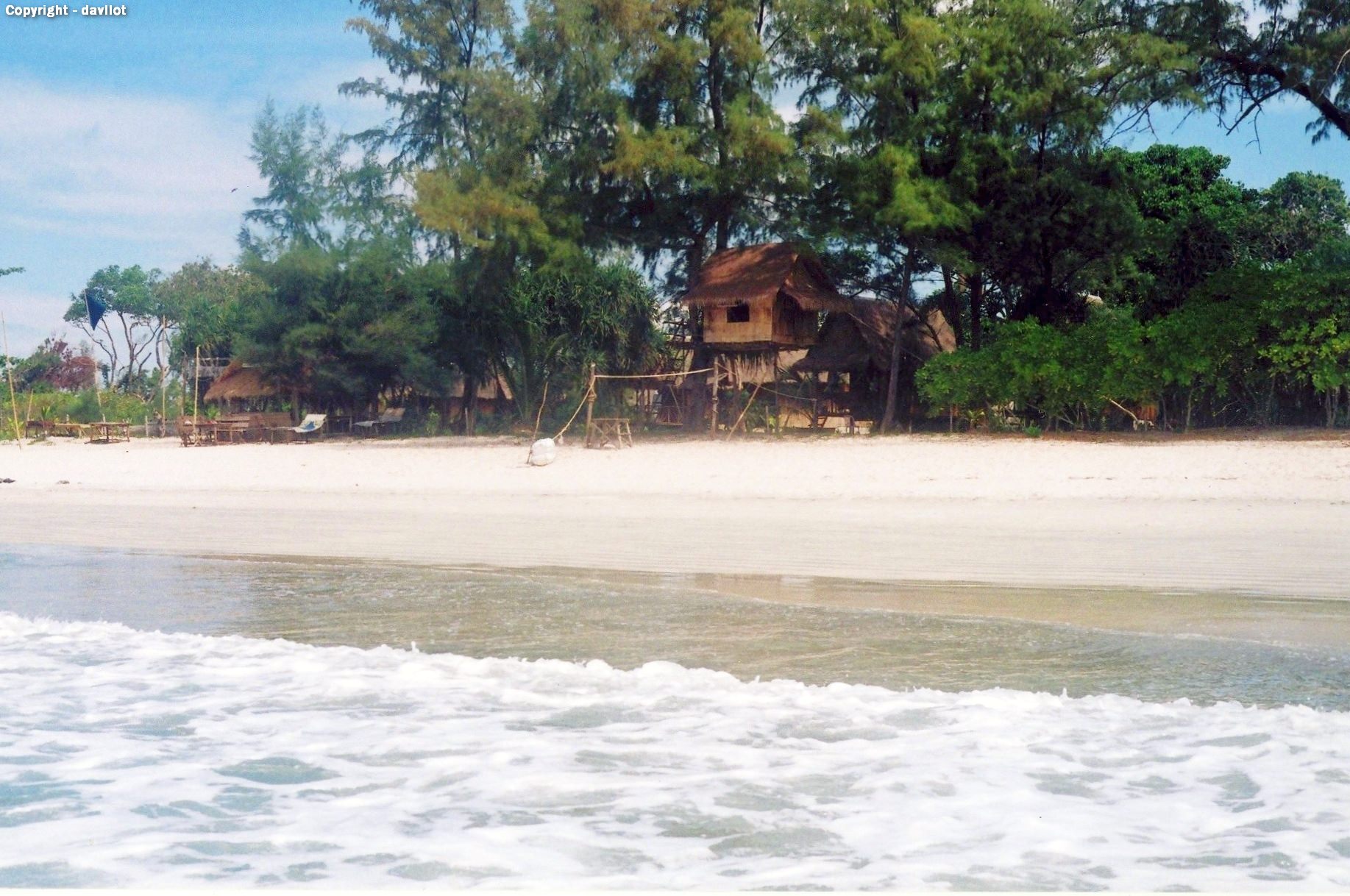 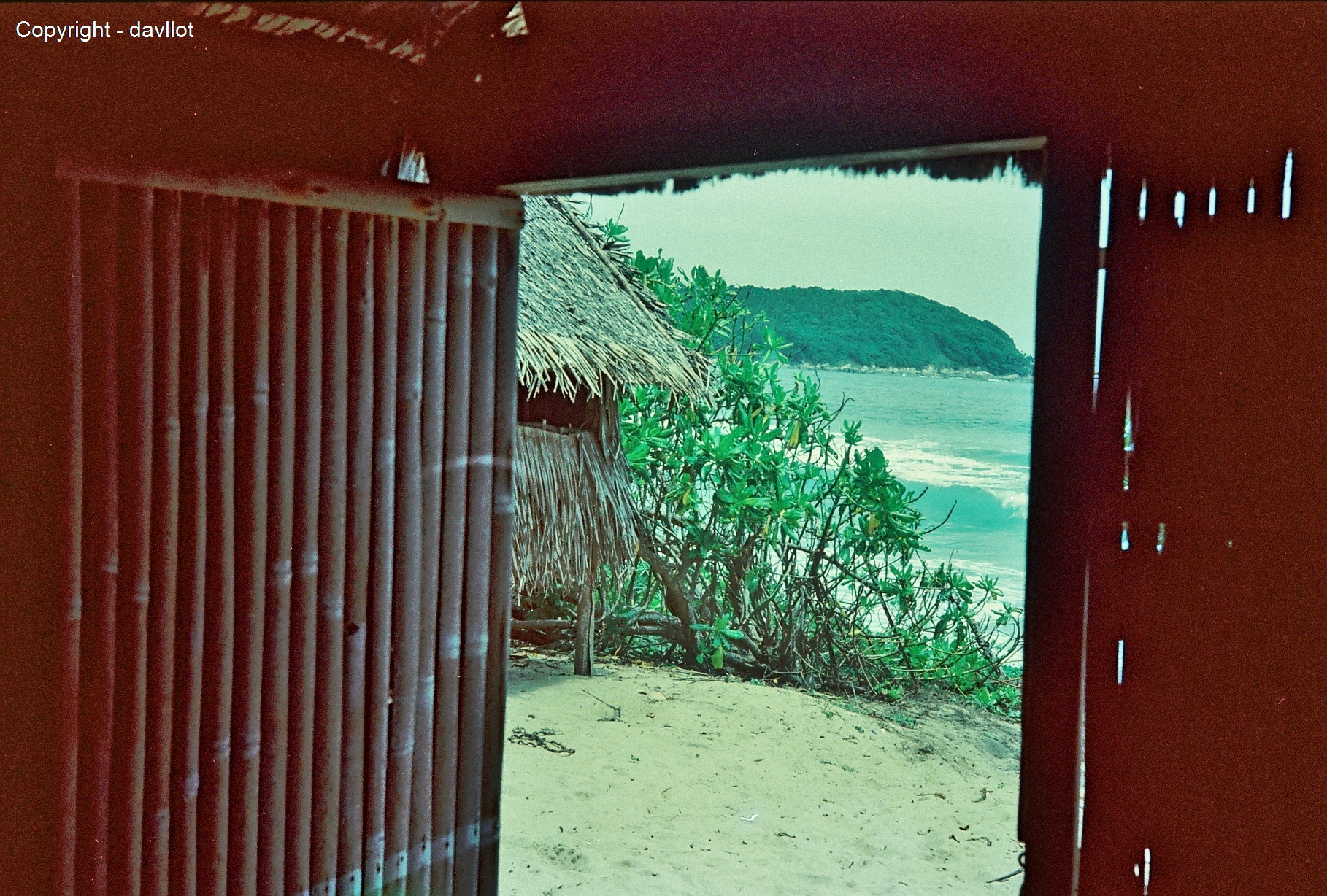 Another vote for Koh Libong! The other recommendations here are also worth checking it. Largely depends on the vibe and the views that you're leaning towards to.