Staying in Hostel Dorms - how much is age a factor?

The recent post for Ban Rim Nam Hostel near the Phun Phin train station got me thinking about staying in dorm-style hostel accommodation again. I did this a great deal when I was younger, particularly in places like Australia and the United States, but not so much in Thailand, as it wasn't as common an option back then.

When I was in my 30's and 40's, I sometimes (but not always) felt made unwelcome by the 20-somethings staying in the dorm rooms, which made me self conscious about it. Now that I'm in my 50's, I wonder if that is still the case, or if the dorm scene has changed as my generation continues to backpack along as we always did.

So, what's the honest feedback? How much is age a factor? Will I generally feel welcome, or be made to feel out of place? Cheers.

Hostels are not so popular in Thailand plenty of cheap hotels and guesthouses.

I was in Singapore a few weeks ago and stayed in three hostels while there, no real issues from other guests, though I do find I get a better night of sleep in a private room. In one of the Singapore dorms I was woken by a couple in the bunk right beside me getting it on—it really was a distraction I could have done without.

The dorms I was in were not really "party hostels" and cost a bit more (I paid from around S$35 to $50 per night, but I've found the cheaper ones a bit of a false economy as I tend to get almost no sleep and spend the next day tired... Only one of the three did activities that I could have joined in on (I didn't) and there were plenty of people north of 40 at each of the places I stayed at.

I have used dorms as a senior age 60 plus. I had a private room in Dresden Germany but I have also stayed in smaller dorms of 4-6 beds. Hostels in California, Slovenia, Greece were a mix of ages, Best if female dorm available. I enjoyed chatting at meals about travel tips. I didn’t join others as they went out to party. A way to share books/ snacks etc can break the ice! I often became a sounding board as young travelers discussed career choices and life!

Age is not a factor - discrimination against age is not an issue in Thailand generally for tourists . If you can pay you can stay there. As for some younger guests not welcoming you - who cares ? you have as much right to be there as they do. Although greatly outnumbered by guest houses hostels are growing in popularity and number. Not so many on island beaches however. (Ko Phangan only has hostels at the port town and Hat Rin beach for example). Some of the newer hostels can have a bit of a sterile commercialized feel to them with many people booking them on mobile phones thru Booking com which may be off putting to traditional style travellers. On the other hand some 'hostels' are just guesthouses adopting the name hostel to cash in on a trend.
At Surathani river front area there is a newer guesthouse / hostel called The Port which is okay and is in good location . In Khao San Rd area there are some newer style hostels and in the Tanao road guesthouse area one or two guesthouses have dorm rooms . On the subject of Australia by digression - in some tourist areas and cities a small minority of hostels practice age discrimination but this is illegal and they can be reported to state anti discrimination authority for this.

The strange pod like beds in some of these hostels some might find a bit weird. Somtam - Here is tip Singapore - there is one surviving guesthouse/ hostel at Bencoolen street (all the others have gone) Hawaii Hostel that has been there for decades and is no longer mentioned in Lonely Planet books . It has dorm beds in air con rooms for 18 Singapore $ including a make your own breakfast. This is recent picture of it - 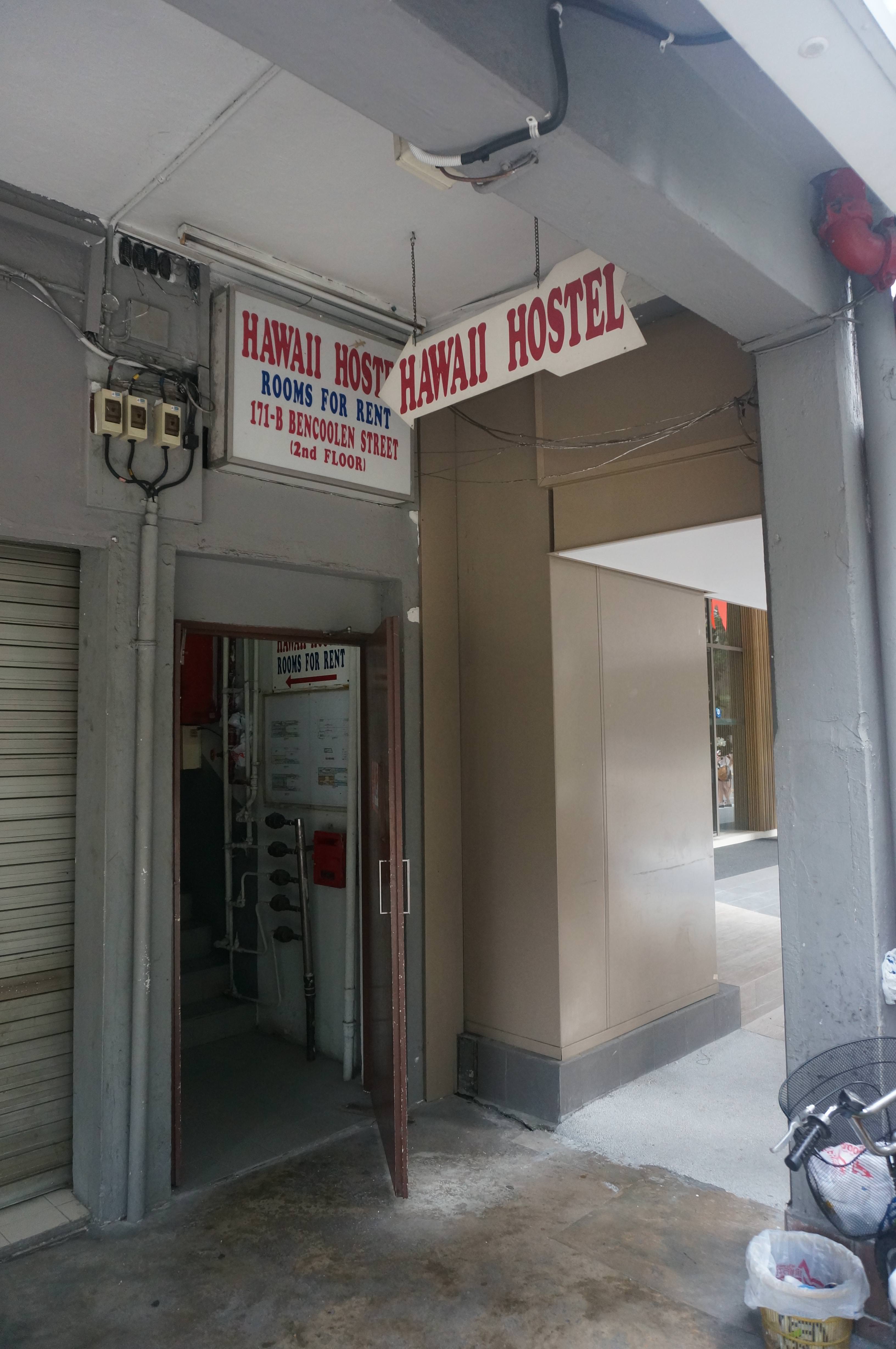