Since 1957, Methavalai Sorndaeng Restaurant has served traditional Central Thai food in a classic fine dining setting. The atmosphere might be too stuffy for some, but it’s tough to argue with the authentic and reasonably priced fare. A direct view over Democracy Monument isn’t too shabby either.

Stepping into the restaurant’s spacious, air-conditioned dining room feels a bit like entering an elderly couple’s wedding reception in 1970. Each table is outfitted with a fresh white cloth, bronze cutlery and cordial glasses set on no shortage of doilies. Exceedingly polite male servers don starched white coats. Accompanied by live piano, a female vocalist belts out American country favourites of the ’50s and ’60s. To be fair, the singer does have a good voice. 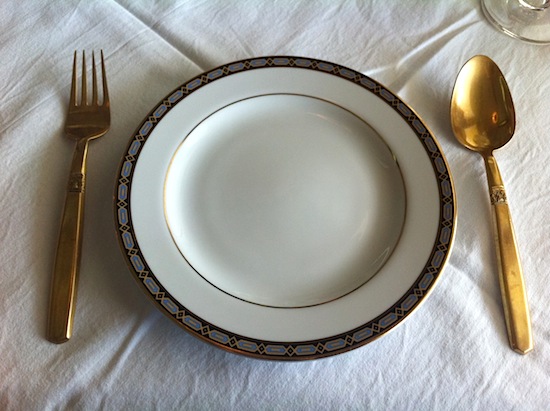 Get ready for something special.

For those who appreciate Bangkok’s heritage, the space might appeal as a sort of time capsule that captures the mid 20th century ‘golden era’ of its founding. It was a time when swiftly modernising Thailand adopted Western styles and customs while consciously retaining elements of its own culture. Thankfully, the kingdom’s exquisite culinary tradition was not replaced by that of 1950s America. 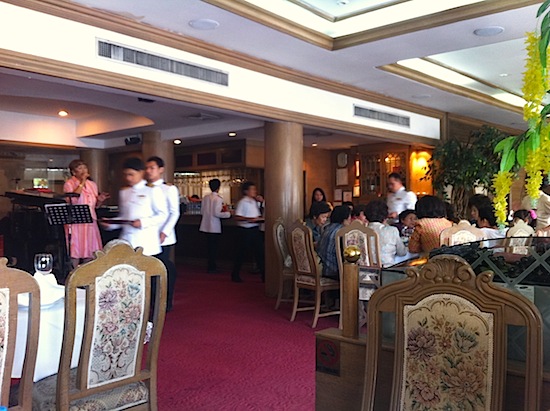 Methavalai Sorndaeng’s weighty 14-page menu focuses on Central Thai fare in the so-called royal cuisine tradition. The idea is to use high-end ingredients, pay close attention to detail, leave out bones and other non-edibles, aim for artistic, eye-pleasing presentation and otherwise create dishes fit for royalty. The menu has flares of Chinese, Isaan and southern Thai influences, and with choices like ‘Cold Thai Country Chicken in Whiskey’, it often strays from the usual.

Entire pages are devoted to appetisers, salads, curries, soups, sautes, chilli pastes, vegetarian dishes, whole steamed fishes, shellfish, desserts and beverages that include everything from bottles of wine to lemongrass juice. Our only complaint is that the menu fails to offer phonetic transliterations of Thai names into Roman letters, so if you’re looking for a specific Thai dish — and you can’t read Thai — it may be necessary to ask the servers for help. With that said, English-speaking servers are very helpful and the menu’s English translations are quite descriptive.

Starters include ‘Deep Fried Crab Meat Balls’ and ‘Fried Taro Patties Stuffed with Chicken and Black Mushroom’. Thirty Thai-style salads feature ingredients like bitter melon, banana flower, fresh fruit, cockles and fish maw. A whole fish might set you back 380 to 500 baht, but most dishes fall between 100 and 250 baht. All things considered, this is incredibly good value. 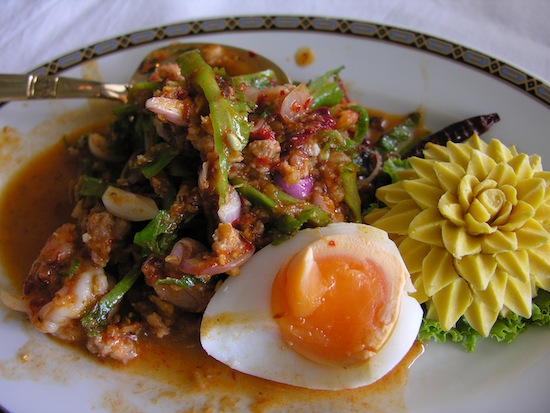 Wing bean salad — we couldn’t resist a bite before a picture.

Having heard wonderful things about Methavalai Sorndaeng’s salads, we began with yum tuuwa phlu, found on the menu under ‘Spicy Winged Bean Salad’. Bits of lightly steamed star-shaped wing bean, finely chopped pork and tender prawns mingled with salted egg, roasted red chilli, red onion and a dressing based in the sourness of lime, saltiness of fish sauce and sweetness of palm sugar. We could easily wax lyrical about this dish, but let’s just say YUM. On to the chilli paste.

Sticking to Thailand’s central region, we then moved on to nam phrik long ruea. Reflecting its origins in an old Thailand of boats and rivers, the Thai name translates as “jump in the boat chilli paste“, but it’s found on the menu under the far less exciting ‘Spicy Minced Roasted Shrimp Paste’. Garnished with bits of salted egg and served with fresh veggies for dipping, the paste was a tad mild and sweet for our tastes, although our Thai dining partner confirmed that’s how it’s supposed to be. 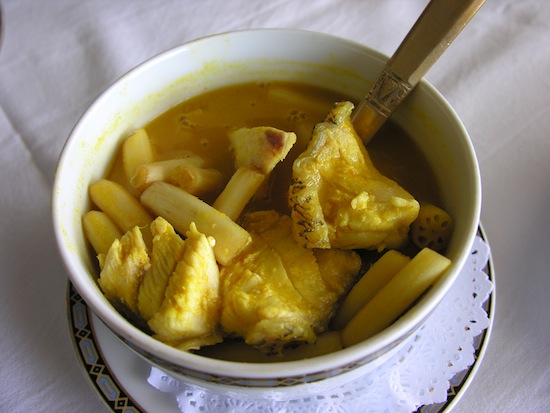 For a main course, we wandered down the peninsula for a bowl of gaeng luang, yellow curry with snakehead fish described on the menu as ‘Southern Style Spicy and Sour Sliced Fish Curry’. Though the portion appeared small at first, it was chock full of tender, boneless fish in a pungent sour curry — just how it’s supposed to be. Adding a hint of crunchiness, lotus stems were a pleasant surprise. Tap tim grab — maybe not the best but certainly the most fun to say.

Overall, we had a great experience at Methavalai Sorndaeng. The impeccable presentations, unexpected ingredients and fabulous flavours quickly made us overlook the “classic” music and stuffy atmosphere. This is an excellent choice for those looking to splash out on a “royal” Thai feast that doesn’t require a regal budget. The restaurant is a popular spot for celebrating Thais, and while we were seated immediately as walk-ins for a weekday lunch, reservations are recommended for dinner, especially on weekends. Methavalai Sorndaeng is located on Ratchadamnoen Avenue in Bangkok’s historic district, on the south side of Democracy Monument and an easy walk from Khao San Road. If you’re looking for something cheaper (or just can’t put up with those country tunes), several hole-in-the-wall restaurants on nearby Dinso Road are also known for quality.