Drop off the map

A small drop in the ocean at only 1.3 kilometres by 500 metres wide, Koh Totang is one of the 12 tropical islands that make up the Koh S’Dach Archipelago in the Gulf of Thailand. Midway between the Thai border and Sihanoukville — approximately 60 kilometres in either direction — Koh Totang is somewhat out of the way of the main island hotspots, with the likes of Koh Rong and Koh Rong Samloem significantly further south. Until 2014 it was also tricky to get to, requiring an uncomfortable and irregular boat to Koh S’Dach then a further short ride across to the island, or by road which was fine until the turnoff from the main highway and then ‘road’ was a very loose label.

Access has improved since a Chinese company built a new four-lane road from Andoung Teuk leading to Poi Yopon village — the village being the pick-up point for the 10- to 15-minute boat ride to Koh Totang and neighbouring Koh S’Dach islands. The road is neither sealed nor fully completed — you can’t see any lane dividers — but nonetheless makes things much easier and quicker, cutting through the Botum Sakor National Park from the highway inland. Perhaps not such good news for Botum Sakor National Park’s environment. 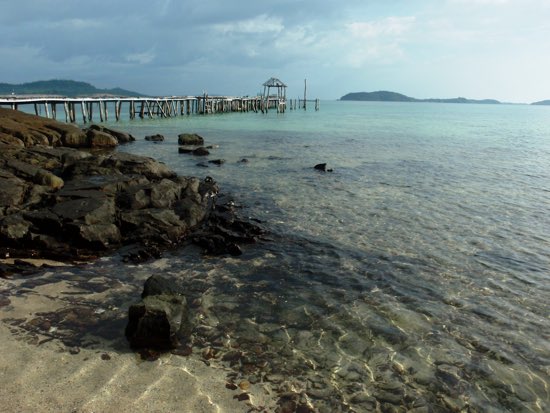 Sleepy days by the sea.

The out-of-the-way location has been one of Koh Totang’s greatest assets; few have heard of it, which means a slice of undeveloped paradise is yours for the taking. Squeaky sand beaches and a rocky coastline embrace the island, where the single flashpacker accommodation Nomads Land Cambodia, which opened in 2009, sits smugly alone on the beach. Their five bungalows are only accompanied by two local families and their dogs on the island — not even close to a fully-fledged village.

Unspoiled and undeveloped — there are no roads, barely even any tracks — makes getting back to nature easy here. There are numerous dive sites around Koh Totang at six to 12 metres deep, as well as around the archipelago; there’s no dive operator on Koh Totang, but Octopuses Garden Diving Centre was setting up for December 2014 on Koh S’dach, which would serve Koh Totang and the archipelago easily. Nomads Land arranges boat trips out to nearby uninhabited islands for snorkelling and fishing, or stroll across the island to Sunset Beach in around 20 minutes to find a deserted beach (though rubbish washing up is an issue). From Koh Totang the eye can make out the mainland and Koh S’Dach, a reasonably heavily populated island of about 2,000, a mere five kilometres away. 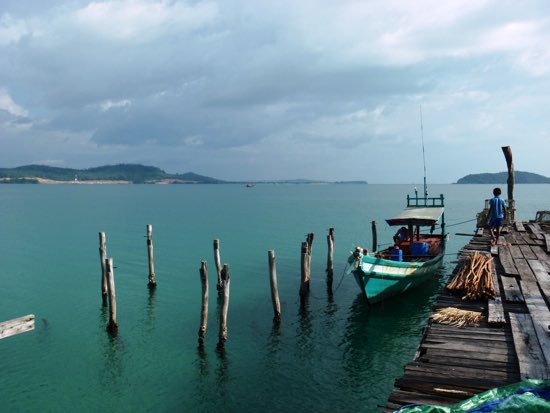 If lying in the sun or relaxing on your private porch isn’t enough, Nomads Land has stand up paddle boards, kayaks and snorkelling gear all available for free. The main beach is sandy but then switches rapidly into rocks and coral, so swimming is usually easiest from the pier rather than walking in off the beach — not so great for kids who might want to run in off the sand. Also watch out for sea urchins as lots of these spiky black monsters loom underneath the surface.

There are no restaurants, no ATMs, no WiFi or even a natural water source on the island. There is however phone coverage and power thanks to solar panels. It’s rustic, but Nomads Land have done such a good job with their eco-retreat that it’s about as stylish and practical bungalows built on an island with a non-existent infrastructure can possibly get.
Top of page

11 other destinations in Southern Cambodia

To reach heaven one must pass through hell