What’s the best time of year to travel to Langkawi, weather-wise? That all depends on what you like to do. The Langkawi archipelago of 104 islands is just off the northwest coast of the Malaysian peninsula and creates the entrance to the Melaka Straits. The Indonesian island of Sumatra forms the western barrier of the lower straits and has great influence on the weather in the region, including Langkawi.

Langkawi’s dry season is also the season that sees the most tourist traffic. Beginning in late November to early December, it continues through the end of March and also coincides with several international school holidays. This particular time of year, Langkawi sees clear blue skies, light onshore winds and little or no precipitation. The temperature ranges from a low of 28 degrees Celsius to 32 degrees during the day. This is definitely the time of year for those travellers looking to soak up endless days of tropical sun, but also the time of year to find higher priced accommodation, with fewer budget options available. Another sunny day in the padi field.

April usually brings afternoon showers and the occasional storm, which can push the daily temperature downward to around 30 degrees. April to August can bring occasional rains, from just light afternoon and evening showers to major storms. And with the varied weather pattern comes steady breezes and spectacular cloud formations. The rainy season in Langkawi starts in September and can last well into November and the early part of December. It’s caused by the back end of the Indian monsoon and though contrary to common tourist belief, this is one of the more dynamic seasons on Langkawi. The storm pattern varies from the southwest to the west with an occasional northerly and brings with it the dark gray moisture-laden thunderheads and occasional high winds and waves. The temperature during this season can sometimes drop to a bone chilling (by island standards) 24 degrees. 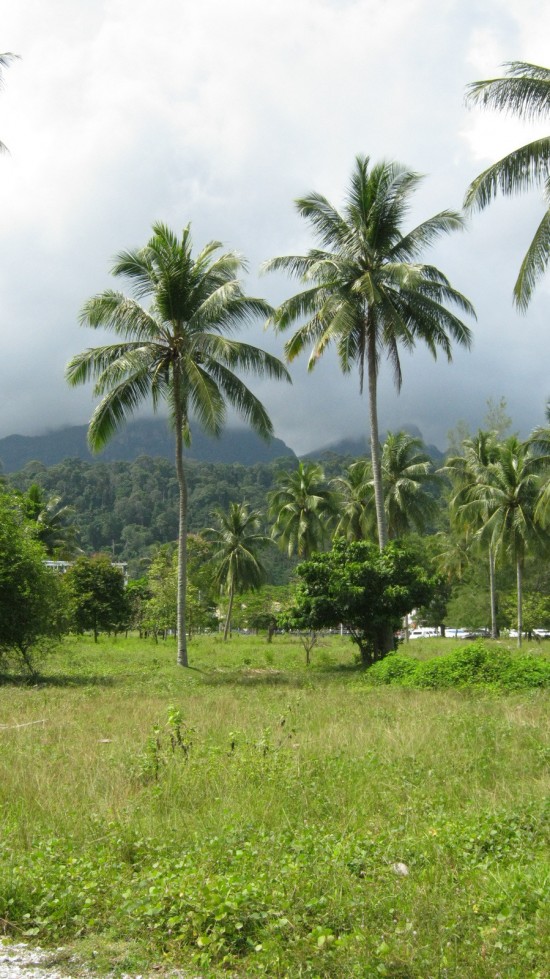 The rains and occasional heavy storms that mark this season are also balanced with days of sunshine and cooler temperatures. So for the traveller who isn’t looking for endless sunny days on the beach, this is a great time to visit the island, as the weather pattern puts off many holiday seekers and the island is far less crowded as a result. And with that decline in visitors comes quite a few accommodation discounts to take advantage of, in addition to the generally lower costs of car and scooter rentals. Add Langkawi’s duty-free status to the mix and you could easily score some serious savings — just don’t forget your umbrella!