Some of Burma's most stunning landscapes
Published/Last edited or updated: 7th November, 2017

The massive and dramatic limestone outcrop known as Zwegabin dominates the landscape around Hpa-an. At some 725 metres, this is the highest and largest of the myriad jagged karst formations that jut abruptly out of the otherwise pancake flat paddy-fields here. The Karen consider the outcrop sacred and it has become Kayin State’s symbol. Hpa-an’s football team is even called Zwegabin United.

Zwegabin is the area’s main tourist draw. Apart from actually scaling the mountain itself you can visit numerous caves, temples and sites that dot the foot of its sheer limestone cliffs. The entire region was once a shallow, tropical sea, where shells and coral hardened over millions of years to form limestone deposits and where surrounding softer strata have since been eroded, leaving these spectacular features rising out of and dominating the plains. Aeons of rain and underground watercourses carved the caverns, tunnels and chambers you see today.

As is true of many Buddhist areas (though of course these days many Burmese Karen are Christian), any cave worth its name is worth a temple conversion. The most famous in Zwegabin are Saddar and Kaw Kathawng, with the former lying at the far southeastern end of the massif and the latter northwest, closer to town. Saddar is a walk-through cavern with pool and boat trip awaiting on the far side to take you back to the entrance, while Kaw Kathawng comprises a series of shallower cave temples.

Other notable karst formations include the spectacular limestone, stupa-topped pinnacle of Kyauk Kalat. This picturesque and much photographed temple lies on a small man-made island in a scenic pool, with the Zwegabin cliffs providing a backdrop. Kyauk Kalat is on the western side of the massif and is conveniently located between Saddar and Kaw Kathawng, close to popular Lumbini Gardens or Buddha Park.

Although not a geological feature itself, the park marks the foot of the steps leading up to the mountain’s summit and consists of row upon row of seated Buddha images laid out in fields backing on to the limestone cliffs. It’s a spectacular and unusual sight. The steep climb to the top is said to take around two hours. While views from the stupa on the summit are spectacular on a clear day don’t bite off more than you can chew; take plenty of water, take it slowly and leave early in the morning. Remember also that it is a sacred mountain and pilgrimage site. Please be respectful.

The good news for tourists with dodgy knees though bad news for anyone else really is that plans are afoot to construct a cable-car to whisk visitors and half-hearted pilgrims to the summit. As of mid-2016 nothing had actually been started — we’ll see.

Zwegabin begins just out of Hpa-an town and stretches in a rough north-northwest to south-southeast alignment, running more or less parallel to the Mawlamyine highway. Tracks, generally well signposted, lead off the highway to the various points of interest. A second sealed road — Highway 58 to Eindu — runs along the east side of the mountain. There are more minor caves and wonderful views — particularly early morning with the light from the east — but no significant sites on this side. Where Zwegabin runs out into rice farms and orchards to the southeast tracks do connect to the Mawlamyine highway.

This is potentially a back entrance to Saddar but if you don’t speak Burmese and don’t have GPS access the route is decidedly tricky. If you’re on a hired bike or bicycle you’re probably better sticking to going up and down the west side; a complete circumnavigation is long as well as potentially confusing. Otherwise you could hire a tuk tuk, moto-taxi or car out of town, with prices varying widely according to means, plus numbers of people and waiting time. To see all the sites at a comfortable pace with lunch and a coffee break thrown in you’re looking at the best part of a day.

An easier and more economical way to see it all is to join in one of the organised day tours out of town. Most Hpa-an hotels and guesthouses, given two or three travellers, can find you an English-speaking driver while Soe Brothers Guesthouse provide daily tours during high season. Their tuk tuk tours can get very busy during peak periods but it is a cheap and convenient way to take in all the sights. 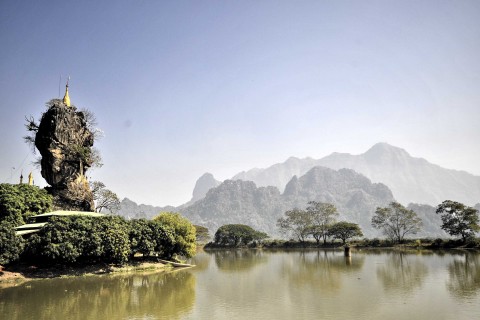 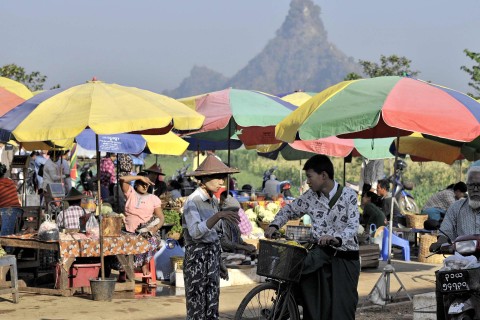 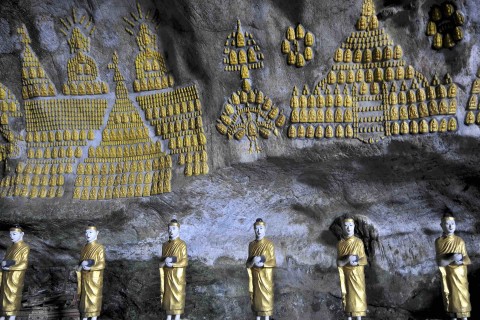 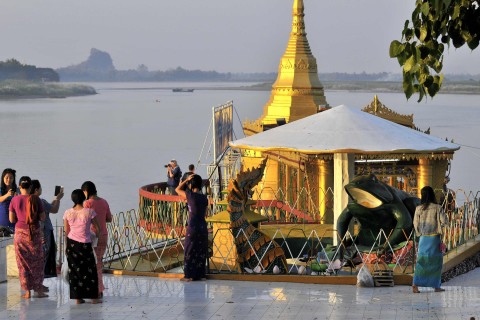 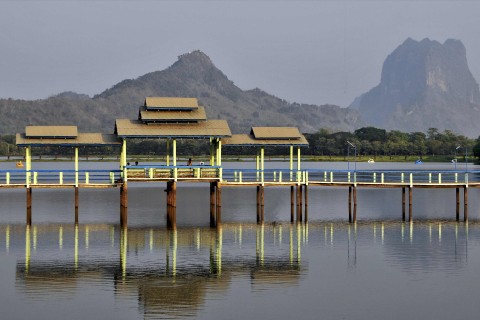 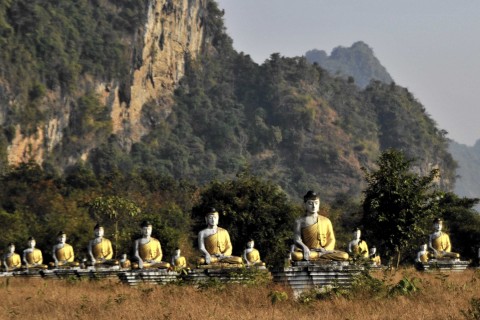 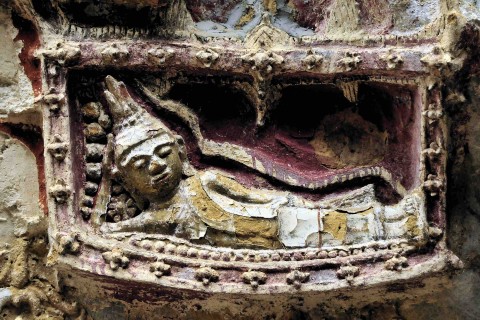 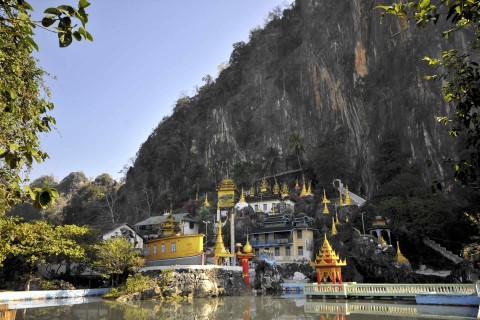 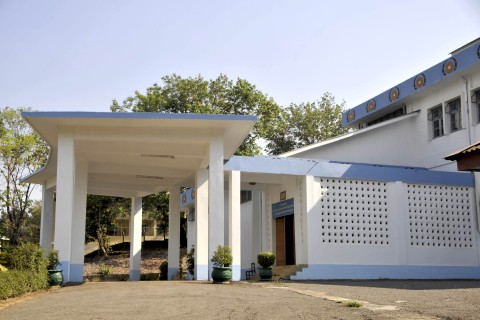 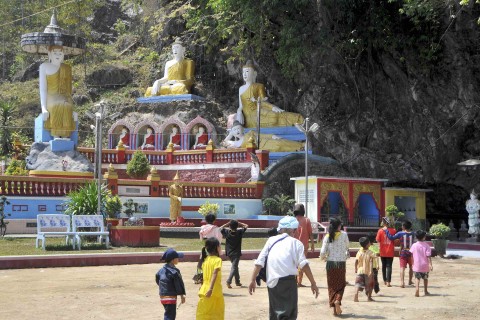