The lively little commercial centre and transport hub of Thanbyuzayat lies around 60 kilometres south of the capital Mawlamyine, and a roughly equivalent distance north of the state’s second town, Ye.

Although at present no tourist-licensed accommodation is offered, several sights of interest lie in and around town. The market and tea shops of Thanbyuzayat centre — bustling to the point of hectic — are also worth a stop in their own right. Originally this was an old tin-mining centre (Thanbyuzayat apparently means tin shelter) and you can still see an old Victorian bandstand-style building in the town centre by the clocktower roundabout. In later times, Thanbyuzayat was the terminus of the Japanese railway line from Kanchanaburi, which formed a supply route from Bangkok to Imperial troops in Burma. The railway was notoriously built using forced Allied POW labour.

In town, aside the lively market and plentiful tea shops, you can visit the sobering Allied war cemetery and the newly opened Death Railway Museum. The cemetery is aside the road from Mawlamyine as you enter town and the museum is aside the Ye road as it leaves the centre.

Between Mawlamyine and Thanbyuzayat are several points of interest, including the giant reclining Buddha of Win Sein Taw Ya and the picturesque Kyauktalon Taung Pagoda, both close to the small town of Mudon.

From the roundabout in the centre of town, the highway continues south to Ye and Dawei while a west road out of town forks after a short distance to take you either southwest to scenic Setse Beach or northwest to Kyaikkami with the spectacular Yele Pagoda jutting out into the ocean. In an early incarnation, the small seaside town of Kyaikkami, known as Amherst, was for a brief period the first British capital of Lower Burma.

With Yele Pagoda, Win Sein Taw Ya, Kyauktalon plus the cemetery and museum, the Thanbyuzayat area provides an action-packed and highly varied day. As of March 2016, the only decent accommodation option is 21 Paradise down at Setse, otherwise it’ll be an early start for a day tour out of Mawlamyine. Doing it all by slow public transport is probably too much, so either book an overnight stop in Setse or try to get a couple of people together to split a taxi fare of around $70-80. Your Mawlamyine hotel will certainly be able to help and some busier spots such as Breeze Guesthouse will offer day trips down there too. Alternatively, renting a motorbike in Mawlamyine will do the trick, though leave early since it’s a long day.

If you are trying to do it by public transport, then you’ll have to make your way down the main highway, stopping off at the various points and waiting on the roadside to flag down your next local bus ride. This would be time consuming and while you could conceivably do Mawlamyine to Thanbyuzayat and all points between, you’re unlikely to have time to make it down to Setse or Kyaikkami as well. Also bear in mind the last Mawlamyine bus leaves Thanbyuzayat around 15:30. Buses depart from Mawlamyine central market and in the reverse direction from Thanbyuzayat clocktower.

Plenty of eating and drinking spots are dotted around town as well as at Setse and Kyaikkami. Our recommendation would be to rent a bike or taxi, splash out on a night at Paradise in Setse and make a leisurely two-day trip out of it. Well worth it! 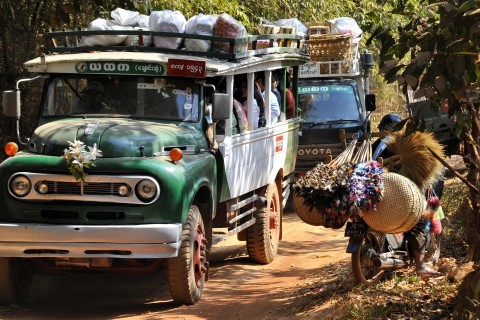 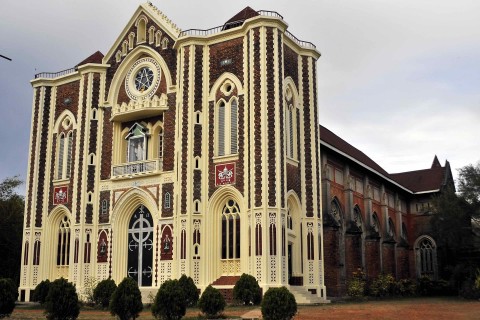 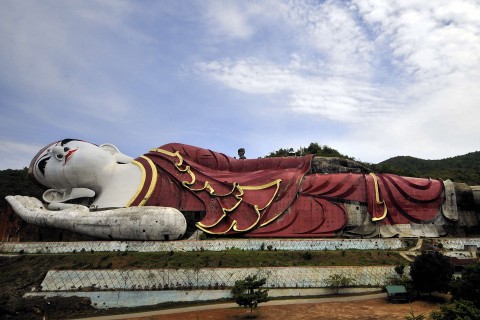 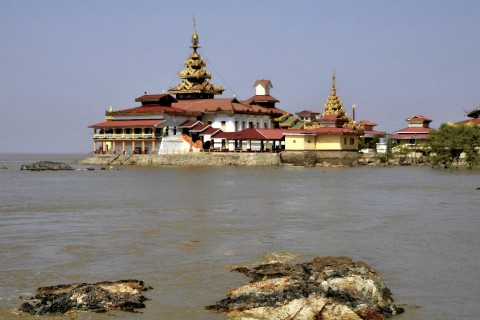 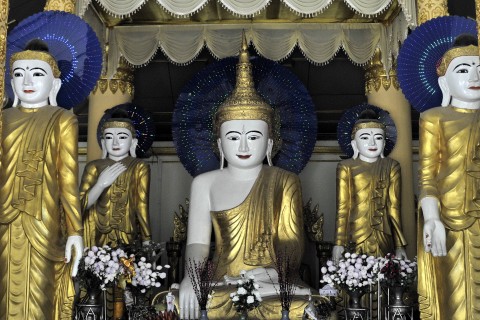