Temple within a temple
Published/Last edited or updated: 23rd September, 2020

Wat Nokor Bachay is a kind of Russian doll temple, with a relatively modern pagoda buried within the walls of an Angkorian temple dating back to the era of Jayavarman VII. This was the warrior king who also built Bayon, Ta Prohm, Preah Khan, Banteay Chhmar, and many, many more.

Embedded within the inner walls, a working pagoda with a beautiful tiled floor and painted pillars offers a shady respite from the heat outside, and you may come across some monks or nuns there. The old and the new, despite their very distinct styles, blend together well.

More boundaries can be seen further outside the temple grounds, in scenes that blend in ancient Angorian structures with a more recent Chinese cemetery, and modern working pagoda buildings.

Oedipal stories seem to be common currency around Kompong Cham. According to one legend told about Wat Nokor, two of the stupas within the temple were built by the son of the prince who had originally constructed the temple, Preah Bath Bachay Bachas. His son was sent to China while only four years old, where he was trained and then kept as a valuable advisor to the emperor.

But his yearning for his homeland finally overcame him in his 30s and he returned, living incognito and taking the name Prom. He took refuge with a beautiful widow, whom he eventually married. When she confessed that she had been the dead prince’s bride, he realised to his horror that he had married his own mother.

In order to restrict the damage to their respective karmas, his mother instructed him to build twin, opposing stupas within his father’s temple to store the remains after their deaths. At least, that’s what the legends ... Travelfish members only (Full text is around 200 words.) 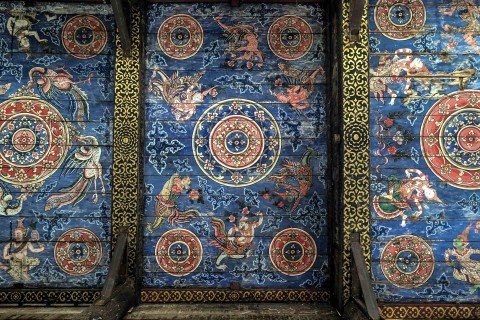 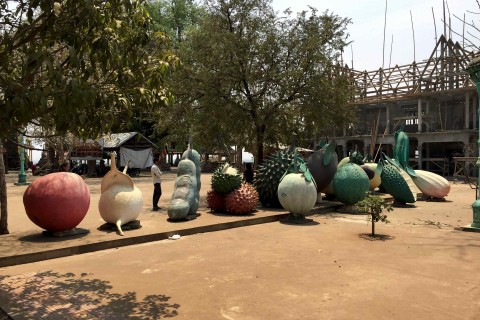 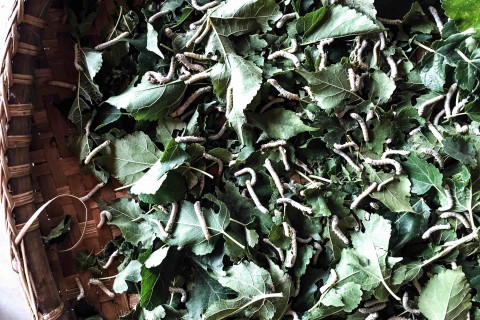 A taste of village life Hills of many legends 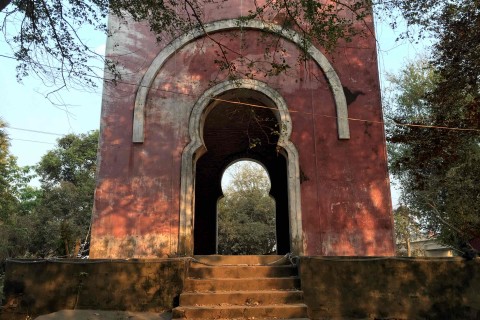 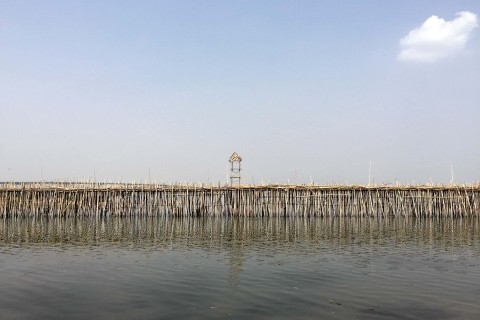 The bamboo bridge and Koh Pen