Phsar Krom is, for us, Kompong Chhnang's clear highlight. This bustling riverside market ticks all the boxes: it's vibrant, colourful, photogenic and of course traditional. Found along the Tonle Sap waterfront, half on dry land and half on water, it is to our knowledge unique in Cambodia (at least, for its size). If you ignore the motors of the larger craft and traders yakking away on mobile phones, it’s a scene that hasn’t changed in a long, long time.

Kompong Chhnang serves as the market and commercial centre for a sizeable chunk of central Cambodia, and Phsar Krom is the hub. The town’s waterfront is a kaleidoscope of all kinds of river craft from dawn to dusk, including passenger ferries, cargo vessels and rowing boat taxis disgorging passengers and goods or arriving to stock up on supplies.

Heading down the causeway known as Phsar Krom Road, the market area is divided into sections. Passing by the small covered Kompong Chhnang Market to your left, street stalls selling fruit, vegetables and household goods line the right side of the road. Where it meets the riverfront, benches set up under shady rain trees create a popular hang-out spot for locals and you’ll find a bunch of snacks and drinks stalls. To your left, along the wide, paved ‘promenade’ is the main wet produce market right by the water. In dry season, this is set up on the muddy, litter strewn riverbank while as the waters rise the stalls move up the bank until, by the end of the rainy season, the market is located on the promenade itself. The market building is a roofed bamboo structure with vendors selling their produce from bamboo platforms on the ground. It’s about as traditional as you get and identical to market scene bas reliefs you’ll find at Bayon temple, for instance.

Boats unload produce directly into the market or up conveyor belts into waiting trucks and pick-ups on the riverfront road. Watermelons, sweet corn, pumpkins and sacks of rice flow in one direction while cases of beer, jerry cans of petrol and mountains of pre-packaged snacks flow in the other. At the far end of the market steps lead down, past more market stalls, to a floating metal pontoon which serves as the main jetty for smaller passenger and cargo boats. Past this is an astonishing three-storey bamboo structure -- much of which is under water during certain months -- which seems to serve as a depot for timber and bamboo brought in from up country.

Beyond this again, next to the car-ferry dock, a second floating pontoon serves as the fish market. Things begin sedately -- fishing and preparation time fills the morning -- but come midday and the arrival of the first boats from the closer villages, the pontoon becomes standing room only. Huge baskets of fish are weighed on the boats then heaved ashore into the hands of waiting, frenzied buyers.

The entire market is simply fascinating and locals are friendly but busy, so do be careful where you stand and walk since blocking a porter struggling past with six cases of beer on his shoulders will result in a few choice Khmer curses aimed your way. Note that while the land section of the market is very mixed, you’ll hear far more Vietnamese than Khmer spoken at the fish market.

Phsar Krom begins around two kilometres past Phsar Leu, the municipal market, and stretches for another kilometre or so. The entire scene is easily taken in by bicycle from your guesthouse so parking up by the marine police office next to the tour boat jetty is probably a safe bet, and from there you can wander by foot. There’s plenty of action at any time of day, with mornings being the busiest for fruit and veg, afternoons for fish and early evenings for just locals hanging out.

It should cost around $1.50 to $2 for a tuk tuk ride here, depending upon your hotel's location, or an easy and straight cycle ride. 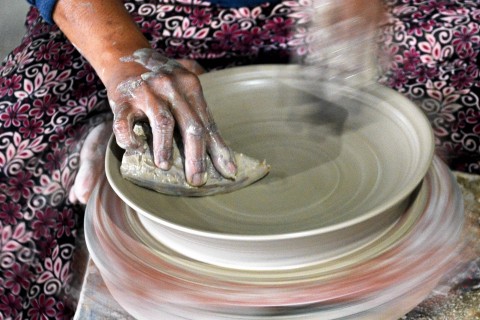 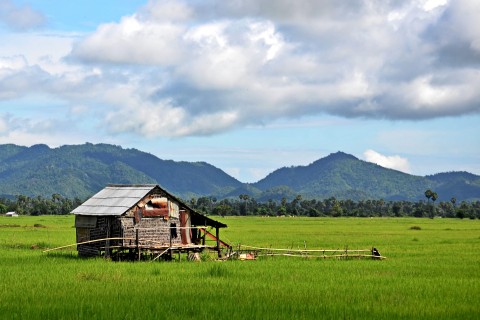 Kompong Leaeng and the ancient temples 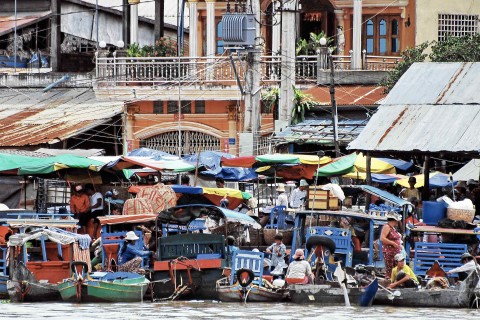 How we'd do it 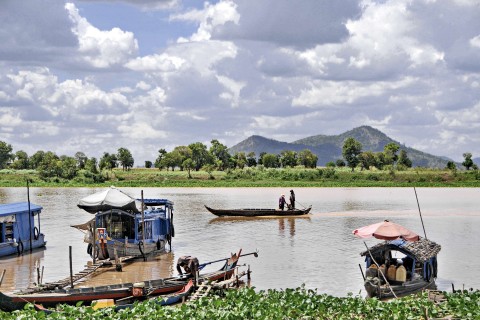 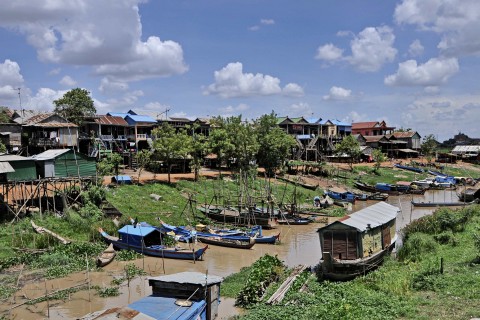 Plenty to keep you busy 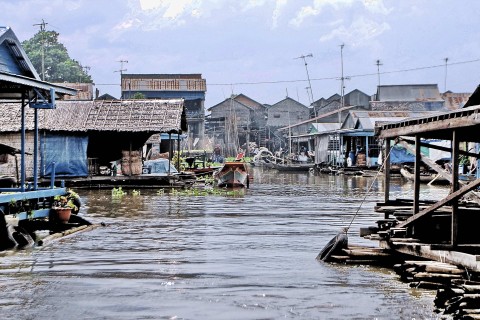