A site older than Angkor lost in tranquil forests, Sambor Prei Kuk is even more mysterious (and to some, lovely) than the more famous temples to the west.

In a cool and peacefully leafy setting, beautiful 1,200-year-old brick temples combine with nature to create an environment that showcases the best of both worlds across three primary sites, each with northern, central and southern enclosures.

Most of the temples are made of warm red brick, with sandstone elements in, for example, the ornately carved lintels. It was customary for ancient Khmer elites to associate themselves with the Hindu Brahmanical Gods: Brahma (the creator), Vishnu (the preserver) and Shiva (the destroyer), though mostly with Shiva. The shape of the temple towers indicates which God they have been dedicated to, with squares representing Brahma and octagons Vishnu. Within the temple structures, the linga representing Shiva are protected.

Aside from centuries of neglect during which the temples became so overrun that early French explorers could stand within 150 metres of them without being able to discern their presence, the temples also suffered from American bombing during the Vietnam War. More than 100 temples or sanctuaries still stand on this site, but there were once many, many more. You can still see evidence of craters left behind by the bombs, and the area was once sown with ordinance and landmines.

We don’t know a great deal about the men and women who lived and ruled here. We do know that King Isanavarman, who reigned from 615 to 637 over an area encompassing central and northern Cambodia and southern Laos—the Chenla Kingdom—settled his capital on this site and, as was customary, named it after himself: Isanapura. It is likely that his predecessors, Bhavavarman I and Mahendravarman, also made their capitals here, and some of the temples in the northern group date from the time of Bhavavarman I’s reign, between 550 and 590.

Bhavavarman I is the man who moved his armies south from Wat Phu in Laos, uniting the disparate (and highly prone to squabbling) kingdoms of the region, which were formerly part of the Funan Kingdom. Meanwhile, his successor, Mahendravarman, is credited with creating peace with Champa to the east. It’s not known exactly why Bhavavarman made his move south—some suggest he felt he had a claim to the throne of the Funan Kingdom after the legitimate heir was killed.

Sambor Prei Kuk represents one of the first urban capitals to be established in all of Southeast Asia, making Kampong Thom the centre of power for the Chenla Kingdom, or perhaps of a smaller state within the Chenla Kingdom—it is still not known which is the case—belying its rather sleepy appearance today.

Awarded UNESCO World Heritage status in 2017, a typical site visit should take one to two hours, though our guide advised us we could stay for three days and still not see all that was on offer. The three sites are all easily approached on foot—via dusty or muddy trails (depending on the season). The setting is sublime—expect tall stands of trees with plentiful birdlife in the canopy.

A number of the monuments have been restored and or had the immediate surroundings cleared, but Sambor Prei Kuk retains the atmosphere of a hidden citadel in the woods. From the carpark area you’ll most likely be taken first to Prasat Chrei—a solitary tower almost totally engulfed by the expansive root system of a tree which has ground above it, making it almost appear as a hobbit’s house—this will appear to those looking for the Tomb Raider style site. Others, like Prasat Tao (Temple of the Lion), with its grandiose approach and setting are simply magnificent.

It is very worth your while to hire a community guide for $6, who will be able to give you a rundown on all of the sanctuaries and their stories. Professional guides can also be hired for $30, but we found our community guide so be very good and she was able to answer most of our questions without trouble. Guides have a quite detailed publication on the ruins (which they refer to when stumped by a question) but it was unfortunately not available for purchase on site. We were told perhaps we could find a copy in Kompong Thom town, but had no luck finding one.

As with most of the monuments in Cambodia, it pays to get here as early as possible to have the best chance of enjoying the site without large crowds. We arrived at 8:30am and saw only two other tourists on site, but by the time we were finishing up around 11am there was perhaps 40 people on site—still a fraction of what Angkor Wat attracts, but get here early if you can. If you are coming from Siem Reap, leave as early as possible.

Homestay accommodation is available in the nearby village for $4 per night per person, with simple meals costing a few more dollars. Aside from the main sites, staying in the village will give you more time to explore other minor ruins at your leisure. Bicycles are available for getting around. There is also a lake nearby where local fishermen can paddle you around for the dawn or dusk lightshow. A homestay will also give insight into how local Khmer families live. We were told there is no need to book homestays in advance, rather just show up at the ticket office and sort something out.

The site is around 30km to the northeast of Kompong Thom, is well signposted and easy to find. Tuk tuks in Kompong Thom charge $15 for a return trip including waiting time and it takes about 45 minutes to reach. The site is also straightforward to approach under your own steam by motorbike or bicycle (expect to pedal around 60km round trip). 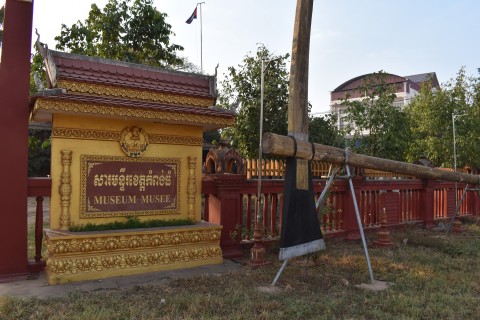 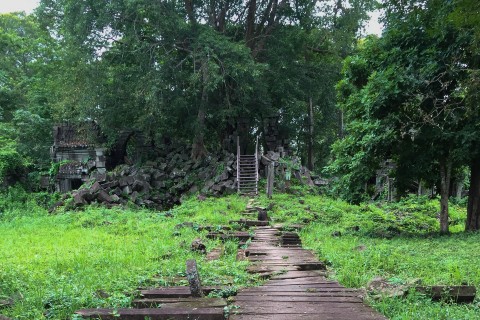 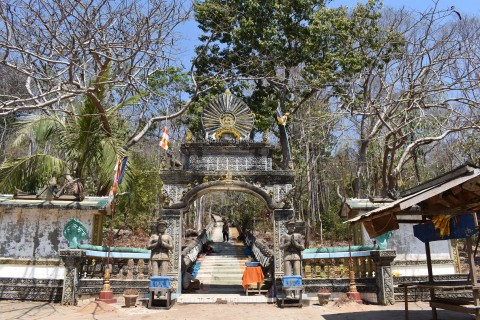 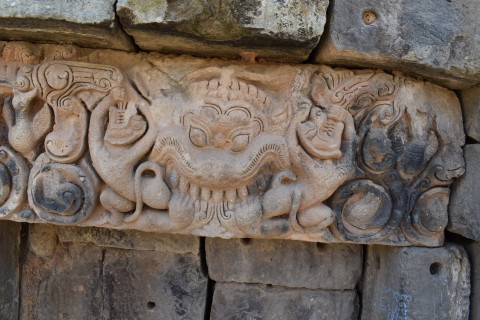 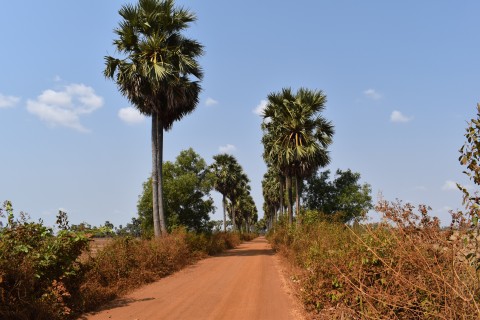