In a remote bay on the shores of Lake Batur lays the isolated ancient Bali Aga village of Trunyan, renowned for its unique and usual mortuarial rites where bodies are neither cremated nor buried, but left to rot out in the open.

Bali Aga refers to the indigenous Balinese whose arrival predates the 14th century Hindu Majapahit kingdom when the descendants of most present day Balinese arrived from Java. Bali’s other, more accessible Aga villages are found near Candi Dasa at Tenganan Pegringsingan and Tenganan Dauh Tukad.

Trunyan’s three cemeteries are separated from the village by dense, impenetrable jungle, only accessible by boat. And only one of these can be visited by tourists — the “Sema Wayah” cemetery for married people who have died of natural causes, the furthermost from the village. The other two cemeteries are “Sema Muda” reserved for babies, children and unmarried adults; and “Sema Bantas” for people whose cause of death is unnatural or accidental. Villages who have committed suicide are not welcome in any of the three cemeteries and are removed to outside the village gate.

Upon arriving at the cemetery you will be led to the tiny burial ground shaded by a large sacred tree. A line of eleven graves of the recently deceased are each surrounded by a triangular bamboo structure. To one side bones, clothing and discarded offerings are swept into a mound, and the other side a stepped stone wall is piled with skulls.

When a death occurs in the village bodies are kept packed in ice and masked with incense until an auspicious day (usually within three to five days) when they can be transported to the cemetery. Wrapped in ordinary sarongs, then again in woven mats, they arrive at the burial ground by boat and are washed in the lake, while the gravesite is prepared. The oldest of the eleven decomposing bodies is moved to the accumulated pile. If the bones are completely clean, the skull will be added to the collection, if not they will wait until a later date.

The significant number of eleven is said to represent ancient compass points or “directions of the wind”, information passed from the ancestors that this is the maximum number allowed. We asked what would happen if there was an illness causing more than eleven deaths at the same time, but our guide said they only had ever dealt with a maximum of two. Once the body is placed in the “grave”, it is covered with folded clothing, and offerings — coins, rubber flip-flops, cans of drink, and roast chickens among other items.

It really isn’t so gruesome to see the bodies and bones out in the open, and contrary to what you may think, there is no smell. The lack of odour is explained by the presence of the large banyan-like “Taru Menyan” tree. According to our guide, this tree is endemic to the area, and the fragrant jasmine-like flowers and sap muffle the scent. In the local language Taru Menyan translates as fragrant wood and the etymology of the village’s name Trunyan is said to have come from this. As opposed to the Tibetan practice of sky burial or the Parsi Zoroastrian practice of excarnation, where bodies are left for scavenging animals and birds, cadavers in Trunyan apparently remain untouched by such scavengers.

Kuburan Trunyan (Trunyan cemetery) can be reached by chartering a speedboat from Dermaga Kedisan, a small port in Kedisan village — as you enter the lake area, turn right and look for the sign. Boat prices are set at 515,000 rupiah for one person, with an additional 30,000 per person up to a maximum of seven, slightly cheaper for Indonesians. Lifejackets are supplied for the 40 minute journey across the lake. You will then be required to pay a donation at the cemetery. Alternatively you can arrive at Trunyan village by private transport, a fifty minute drive from the lake entrance and charter a boat from there.

The picturesque road to Trunyan, along the slopes of Gunung Abang is narrow, windy and in some sections incredibly steep. Along the way look out for the partly submerged house in the lake. We were “escorted” the whole way by touts offering guiding services. The hassle continued once we arrived, and we were “offered” 750,000 rupiah per person for the boat charter. Other tourists when hearing the price, simply turned around, presumably heading back to Dermaga Kedisan.

After much negotiation, we managed to bargain the price to 150,000 rupiah for the trip, a guide and entry fee, thinking that was for a private trip. Handed a lifejacket, we were shuffled into a tiny, leaky fibreglass boat with four other tourists. It took fifteen minutes to row the boat over the slightly choppy waters. The experience of the negotiations soon overshadowed by the fantastic views of Gunung Batur from the lake.

Our “guide” spoke no English, although his explanations in Indonesian were very interesting (we translated for the other tourists who had paid up to 350,000 rupiah per person for the same trip). At the cemetery, we were required to sign the guest book and offer a donation. We explained that a donation had been included in our fee (as we had been told), and they were fine with that.

We had heard stories that the people of Trunyan didn’t like tourists visiting the cemetery. When we questioned this, our guide / boatman from the village replied that was not the case, but that villagers preferred it if tourists chartered from the village as then money would go to them and not outsiders. Although we understand this situation — it would have been more economical for our group of five to have charted a boat from Kedisan, the more popular route. Perhaps if they had a set fair price, and lessened the hassle, it would be a more welcoming situation for tourists.

It may seem like a morbid tourist attraction, but Trunyan is fascinating and well worth a visit — although slightly marred by the hassle of touts. If you don’t have Indonesian language skills we would advise taking along an outside guide to translate, to make the visit more rewarding than just seeing what looks like plies of rubbish and a stack of bones. Be aware if you wish to visit temples in Bali after this, you will be considered ritualistically “unclean” for three days due to your close contact with the dead. 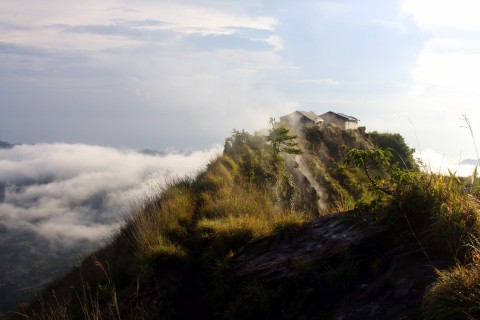 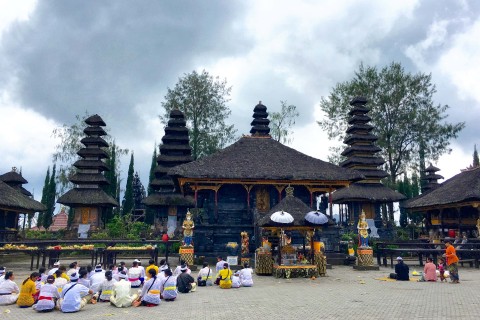 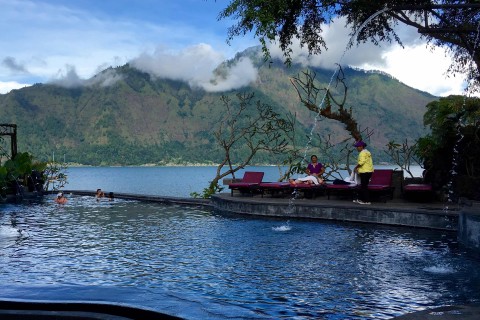 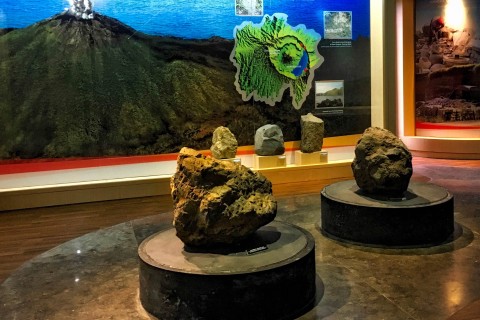