Built over a series of terraces, the entry is through a Balinese-style courtyard with a round lotus-filled central pond surrounded by stone guardian figures. Two sets of stairways, each step marked with aspects of the Buddhist eightfold path lead to a meditation room featuring a seated Thai-style Buddha statue, and further up to a another level comprising a Nepalese-style golden bell-shaped pagoda and a three-tiered Chinese-style pagoda (that was under construction at the time of our visit), also housing another golden Buddha. From this level excellent views of the surrounding countryside and to the coast are possible.

Continuing up, dotted throughout the gardens, numerous small grottos hide somewhat kitsch cement Buddhist statues and meditation areas, eventually leading to an impressive lotus-edged mini-replica of UNESCO-listed Borobudur, the world’s largest Buddhist temple located in Java. Beneath this structure, a white stone hall is lined with relief sculptures depicting scenes from the life of Buddha.

Brahmavihara Arama is a peaceful place to pass half an hour. The flower-filled gardens and manicured lawns add to the sense of serenity, a world removed from traffic-clogged tourist Bali. Entry is by donation and modest attire is required, which includes a sarong and sash, both of which can be borrowed at the entry gate. The monastery also runs Vipassana meditation retreats. See their website for details. A trip here is easily combined with a trip to nearby Banjar Hot Springs. 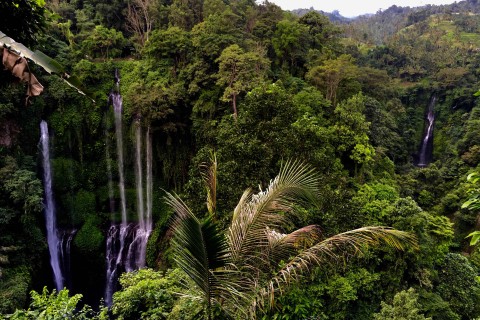 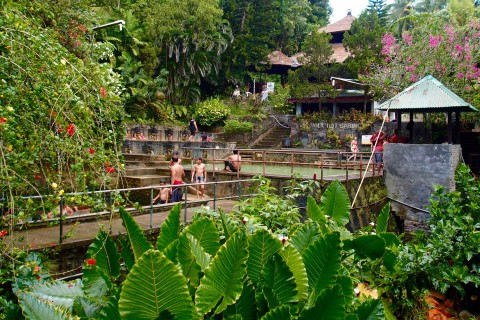 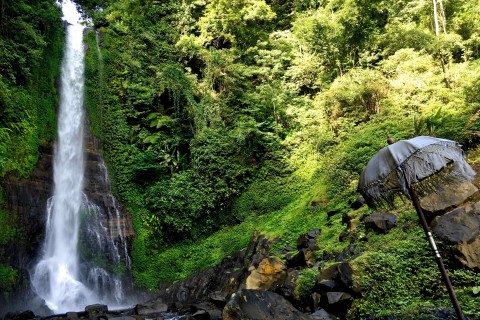 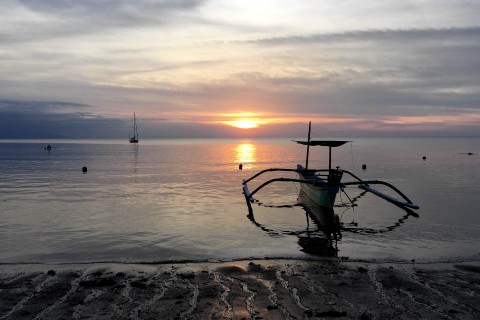 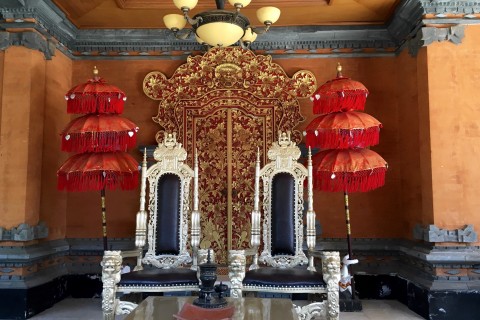 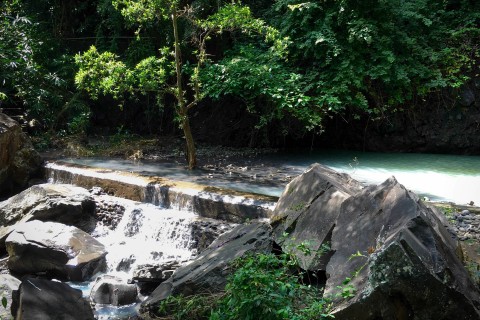