Most people come to Pemuteran for diving or snorkelling, which is lucky, as underwater is better than above. A narrow band of fine black volcanic sand sweeps around the shallow reef-filled bay for about two kilometres, however, and it's appealing enough for swimming or idling about.

The sea is pancake flat, the pace is slow, and with the backdrop of rugged hills, the beach is ideal for ambling walks. Be warned: it’s very hot and dry here; you’ll be toast in no time if you don’t slip, slop, slap, though the odd tree provides some shade.

What’s refreshing is the noticeable lack of touts and sellers on this hassle-free beach. Resorts have monopolised the seafront locations and offer a selection of beach-facing restaurants, ideal for a long lunch or romantic dinner to a soundtrack of gently lapping waves. One blight though, both here and at nearby Menjangan Island, is the rubbish. When the currents and wind run a certain way, the plastic refuse is a major issue. Collect a few handfuls if this is the case while you’re there: You might encourage other people to do so as well and make a bit of a difference.

Pemuteran is known for an unusual "biorock" reef restoration project, which pumps low amounts of electricity current into artificial reef frameworks set on the sandy base of the bay. The results, in a fairly short period of time, are impressive. While it doesn’t go close to rivalling the scenery at Menjangan Island, there are still bucketloads of fish. The project is freely accessible, and an easy snorkel from the beach in front of Taman Sari Hotel. It’s also possible to do a shore dive here; the maximum depth is about 15 metres.

Alongside this project, another organisation, Reef Gardeners, has trained a team of young locals to maintain and protect the reefs of Pemuteran's bay. They not only destroy menaces like the crown of thorns starfish, but have created new reefs by sinking fishing boats as well as constructing an unusual underwater statue installation known as the Garden of the Gods, creating a dramatic and atmospheric dive. Swim out from Reef Scene Hotel to see this one. All of these projects still have some growing to do, but it’s impressive to see such great initiatives, particularly with local involvement supporting the fragile reefs.

At the western end of the bay is a small hill worth climbing for magnificent views across West Bali National Park and all the way to Java, which are simply stunning at sunset. A 15-minute walk brings you to the summit at the temple on the headland, from where a turquoise-coloured bay sweeps before you, overlooked by the lush mountain range of the park -- it's breathtaking. Take a torch for the return journey.

If you’re not staying at a beachfront resort, you can access the beach from a number of small lanes running from the main road, and many of the resorts are happy for you to walk through. 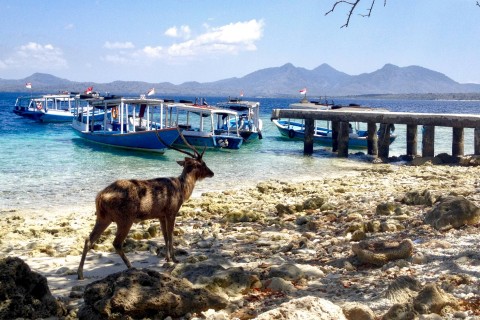 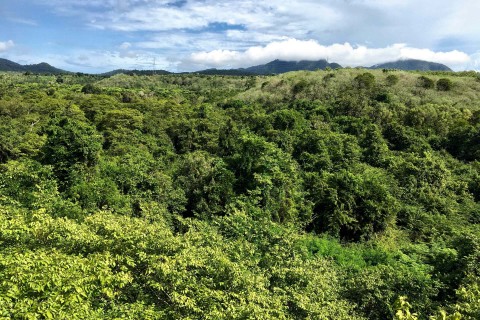 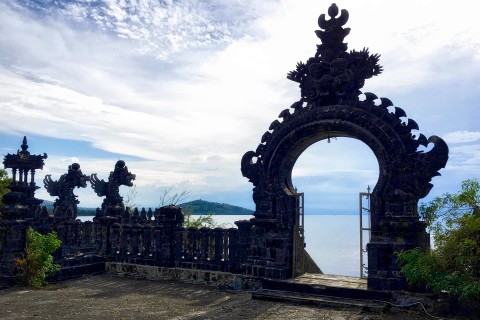