Indonesia is home to one quarter of the world’s mangroves, though unfortunately many are disappearing quicker than you can say “that looks like a good spot to build a hotel”.

In an area that could otherwise be destroyed by costal development, a protected belt of mangrove forest clings to the shoreline eight kilometres south of Sanur. Established with funding from the Japan International Cooperation Agency (JICA), the Mangrove Information Centre (MIC) covers 100 hectares of forest within the 1,375 hectare Taman Hutan Raya (Tahura) Ngurah Rai area and was developed not only to protect the fragile environment, fundamental as a breeding ground for many ocean critters and critical for preventing erosion, but for recreation and education.

While we applaud the action and sentiment, the area seems either underfunded or mismanaged, as the amount of rubbish and dangerous lack of maintenance of boardwalks, along with the ridiculous 200,000 rupiah entry fee for foreigners (10,000 rupiah for locals) make it difficult to recommend. However, the staff seem to be trying with what they have and were actively collecting rubbish, and some sections of boardwalk are relatively sturdy. Plenty of locals take advantage of the coastal trek and supporting of environmental programmes by locals and foreigners alike certainly helps to protect areas like this from being reclaimed for highly lucrative real estate. Trash and maintenance issues aside, once you are deep in the mangrove forest, it is rather captivating and a haven for birdwatchers and keen-eyed critter spotters.

Approximately 1.9 kilometres of boardwalk meander along two adjoining loops, one until the edge of the ocean, from where you can see the tolled causeway bridge that links to Nusa Dua, and (for plane-spotters) witness aircraft coming into land at Denpasar airport. You’ll want to be extremely cautious on some sections of the boardwalk, boards were so rotten, both the platform and supporting beams, that we were quite fearful in sections and we wouldn’t recommend taking young kids until it’s repaired.

Rest huts and viewing towers also have maintenance issues, and one tower is completely overgrown with foliage and unusable. However the 10.45 metre Little Egret Tower was secure and offers an excellent view over the park, a popular spot with locals for selfies.

The centre is home to 18 species of mangroves and 15 mangrove associates, and we enjoyed checking out the different flowering varieties. Birds are more elusive, and although we could hear the chirping of what seemed like a numerous array (62 recorded species), we only saw three birds down amongst the mangrove roots. We also encountered a number of crabs and small reptiles.

The Centre offers very little in the way of information, there are no printed maps and the only brochures are in Indonesian (and offer contradictory info) however a map at the beginning of the boardwalk ensures you won’t get lost. One or two plaques, mostly in Indonesian provide some educational explanations.

We crossed paths with quiet a few locals enjoying the mangrove forest, including several wedding photo shoots, and (once past the rubbish) it’s a pleasant escape from the busy tourist areas. We do think 200,000 rupiah is too much to ask (Department of Forestry take note), but believe it’s important to support as without mangroves the world would be much poorer.

Allow at least an hour to the wander the boardwalks and take plenty of water as it’s hot and humid in the forest. A handful of warungs sell drinks and snacks near the entrance and toilets are available next to the ticket booth.

Visit the Turtle Conservation and Education Centre at nearby Serangan Island to support some other (better managed) conservation initiatives in the area.

The road to the Mangrove Information Centre is signposted on the eastern side of Jalan Bypass Ngurah Rai (in Indonesian: Balai Pengelolaan Hutan Mangrove Wilayah 1), you’ll need private transport or it’s about a 40-minute cycle from Sanur. 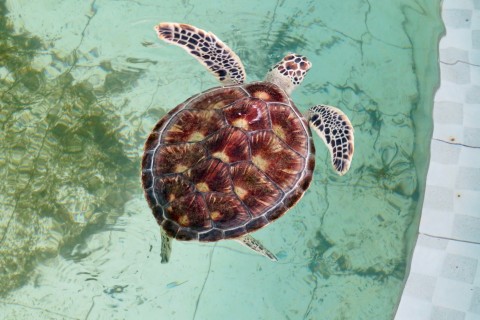 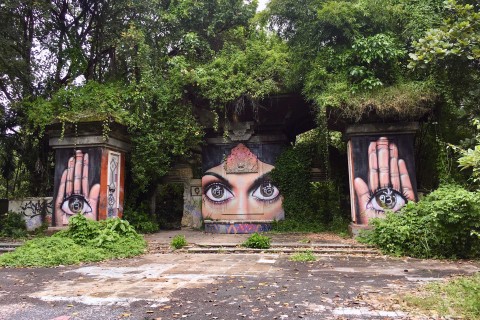 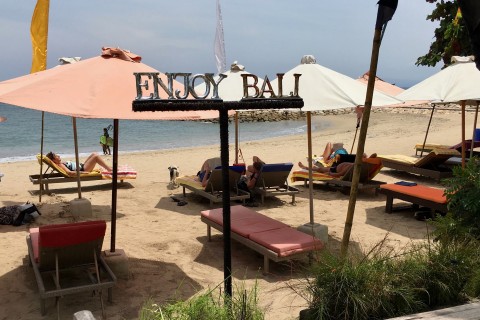 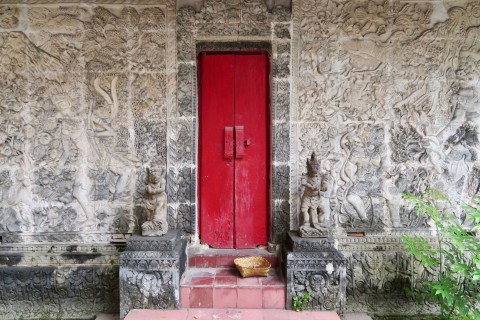 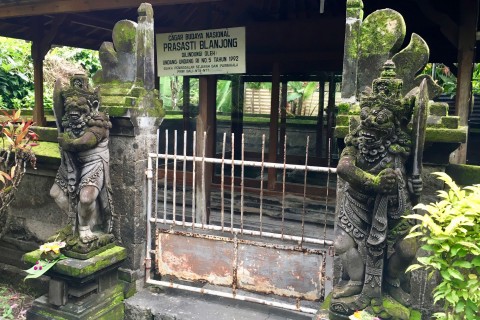