Until I climbed Rinjani, climbing Bali’s Gunung Agung was easily the most physically taxing activity I had ever done. And while this was my second attempt (the first was unsuccessful as someone in our group couldn’t go on), I still wasn’t as prepared as I could have been. Other climbers I saw on the day were not prepared at all. While this isn’t a technical climb, it is a difficult one and you’ll make it a little easier for yourself by keeping the following points in mind.

Treat the mountain with respect
This is the holiest mountain on Bali. Treat it with the respect it deserves. Just about every house and building on the island has a shrine for daily offerings to Agung. This is a highly revered site.

Which route
Gunung Agung has two primary trekking routes. The more popular leaves from Pura Pasar Agung and leads to the crater rim, which is 2,866 metres above sea level. The less popular (and apparently even more difficult route) leaves from Pura Besakih and leads right to the absolute summit at 3,031 metres. While everything I had read indicated you had to leave from Besakih to reach the true summit, I saw a group on the day I climbed who started from Pasar Agung but then branched off to reach the summit. Talk to your guide regarding this.

As for which to choose, the summit offers complete 360 degree views of Bali, while the the crater rim has primarily views of south and eastern Bali. The summit trek is considerably more challenging. On the day of my climb there were about 30 people at the crater rim and just four at the summit. See Gunung Bagging for detailed write-ups on Agung trekking routes.

You must have some degree of fitness
I’m not the fittest guy on the block and am carrying a few kilos I don’t need, yet I managed it. However, if you are not fit at all then you should carefully consider if this is for you.

How are you with heights?
Some of the climb is extremely steep. While you’re climbing up at night-time it is difficult to imagine just how steep the surrounds are. In daylight, on the way down, the steepness of the slope is obvious. If you have serious troubles with heights, this is not for you.

Rest beforehand
While you can trek from one of the centres in south Bali, most opt to leave from Sidemen, which has the best range of accommodation within an hour of the slopes. Some choose to stay in Selat, which is about 20 minutes closer, but I’d happily forgo the 20 minutes for the extra comfort in Sidemen. Assuming you’re leaving from Sidemen, you should leave at around 01:00 to start climbing at 02:00. That means hit the sack at 19:00, giving you a solid five hours sleep before the climb.

Have decent footwear
This is not a flip-flop or sandal climb. I wore trekking boots that wrapped my ankles and I saw others in solid running shoes. Make sure you have sufficient grip on your shoes as you’ll be walking in mud low down and slippery moist rocks high up. This is a very easy trek to slip and twist an ankle or worse. There is nothing in the way of air-evac — you will have to hobble out, so watch your step. You do have insurance right?

Dress sensibly
Bintang singlet tops and board shorts are not advised — that’s not to say some people were not wearing them. Ideally you want long pants and some sort of fleecey top. The main problem with wearing cotton T-shirts is you will work up a sweat and when you stop the shirt gets very cold, very quickly. As I don’t have any fleece gear, I wore a pair of cargo pants and two T-shirts. Wet weather gear (at least a poncho) is a good idea, as you may get some rain down low. I saw some people wearing gloves and I wished I’d had some, but if you do wear gloves, make sure they are fairly thin so you can still reach into nooks and crannies when you’re traversing the steep rock faces.

Cut your toenails
Sounds ridiculous, but on the way down, the walk is punishing on your toes. By cutting your toenails short you will avoid some of the worst of the pain.

Headlamp or torch
As you’ll be climbing at night, you’ll need a light. I had my own headlamp, so used that. Others had a torch. Personally I prefer a headlamp as it frees your hands. If you have neither, talk to your guide beforehand and they should be able to sort you out.

Food and water
Take at least two litres of water — one for the walk up and one for the walk down. Three is a lot, four litres is overdoing it. Remember you have to carry your own water. I went with two litres and finished the last mouthfuls of the second litre at the carpark. High energy snacks or a couple of chocolate bars are a good idea. Your guide should have some simple food for you. In my case Nyoman had for me a couple of jam sandwiches, a boiled egg and a hand of sweet bananas. I saw other guides cooking their guests chocolate banana pancakes at the summit (seriously!) The sandwiches and bananas were enough for me.

Sunscreen
Unless you are climbing during the day, only the last hour of the trek down should be in direct sunlight, and even then, early in the morning. I wouldn’t bother with sunscreen.

Other gear
I took my iPhone and Nikon D90. It is definitely worth having a decent camera for sunrise and for the walk down. On the walk up it is unlikely you’ll need to use your camera other than for a few pics of the city lights in the distance. I meant to take a tripod, but forgot. In any event, the summit was so crowded it would not have been practical to set one up as there simply wasn’t any space to do so. My advice would be to leave the tripod at home (unless you’re going for the summit of course as you’re far more likely to have that to yourself). There is very little phone signal coverage on the way up. I had a small daypack — ideally you want as small a backpack as possible.

Drugs
The climb up is extremely strenuous and, if you’re not an experienced climber, you will need to have your wits about you. That said, I used a moderate pain killer/anti inflammatory (Nurofen 400) on the way up and back. I took two before the start, two more two thirds of the way up and two more at the summit before starting back down. I’m glad I did. (This is more than the recommended dose — you should follow the instructions on the pack. Or talk to a doctor. Also, eat something before you take any.)

Rest often
The trail is more or less straight up — there are almost no switch backs and, of the entire climb, perhaps 100 metres is on relatively flat terrain. The relentless nature of the trail alone is exhausting. Matters are made worse by the quality of the surface. Up high you’re often scrambling on bare rock with plenty of rubble — big and small — while down low the trail can be slippery and very muddy, often with exposed tree roots ideal for tripping people up. Because of this you must watch every step. Seriously. There are no safety barriers and no safety ropes.

These factors, combined with the physical drain of climbing, means you are well advised to rest often. I rested perhaps 15 times on the way up, fewer on the way down, each time for around two to three minutes. This gives you time to compose yourself and catch your breath. It is not a race and do not try to treat it as one. Your guide should not push you and should keep to your pace. If your guide is outpacing you, ask them to slow down.

Use a guide
While guides are supposedly compulsory I saw six Russians climbing during the day without a guide. I’d say this is extremely unwise. I used Nyoman (T: 0852 3854 8412) on both my climbs and recommend him as a guide. Guidebooks and other travellers are also good sources for recommendations. Regardless of who you use, arrange to meet the day before so you can discuss the climb and so the guide can address any queries you may have.

Don’t freak out
At around 2,500 metres just as I was about to traverse a fairly steep rock section, I involuntarily vomited. This was followed by what I can only describe as a wave of, “I’m freaking out now”. I stopped and rested for a few minutes (I actually hid the vomiting from my guide as I didn’t want him to make me turn back being so close). I drank some water and just chilled out till I got myself together. From there I went on to reach the crater rim. Keep your head.

Stretch
Unless you’re climbing a peak every other day, climbing Agung is probably going to be a bit of a shock to the system. Do some simple stretches before starting to wake those legs up. If you feel cramping coming on during the climb, rest and do some more stretches. At the end of the climb, when you’re back at your guesthouse, rest. If you have time, book a massage for the following day (you’ve earned it!) — chances are you’ll be sore for a few days after the climb.

Our top 1 other sights and activities in and around Sidemen 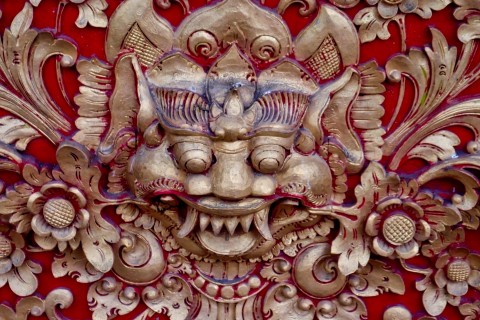