The glistening Pulau Lapang and Pulau Batang sit off the north coast of Pantar, roughly an hour or so by sampan from Baranusa, and make for a fun and relaxing half day outing should you have time on your side and your own snorkelling gear.

Lapang is the further of the two, a very low-lying, almost foot-shaped island and uninhabited save a few fishermen’s shacks, it boasts some outstanding snorkelling off its southeast coast. A pristine reef, abundant with soft corals and positively teeming with reef fish, it faces onto a deep blue drop off with (when we visited) absolutely crystal-clear visibility.

Within minutes of jumping in we’d spotted a turtle, an eagle ray had cruised past and a school of fast-moving tuna had scared the hell out of us. Watch out for the large and aggressive triggerfish! The quality of the reef here, and the abundant sealife, exceeded our expectations.

Aside from the snorkelling, there are a few beaches where you can laze away and the island is small enough to walk around (or across) in an hour or so. You will need shoes of some description as there are spiky rocks all over the place that make it a bit uncomfortable underfoot. Despite it looking like prime snake territory, the fishermen who brought us here insisted there were none.

Batang is a far larger island, round, with a tempting peak to climb (though we didn’t). It has a true white-sand beach ringing all of its coast, save the northeast area and while this beckons for lazing on the beach and frolicking in the water, we found the snorkelling to be disappointing.

We tried off the southwest tip and again a little to the north of there, and in both spots the reef exhibited severe damage from the fishermen. It’s a shame as the reef on Lapang was in so much better shape, but there are still plenty of fish here should you decide to get wet. Those with the time could give climbing the peak a go; we imagine the views are pretty special from the summit.

If you were looking for an island to camp on (assuming you had your own kit), while neither island has plentiful shade, we’d say Batang would be the better option.

We chartered the sampan for 400,000 rupiah for the full day but in practise returned to Baranusa early in the afternoon. Ask around in the port or the losmen to sort it out. Pack sunscreen, a hat and a lot of water. You will need your own snorkelling gear. 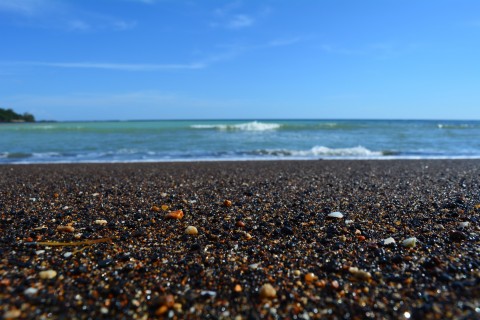 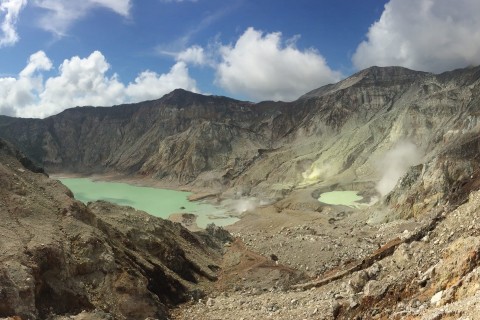