Lewoleba town has no notable spots of interest in itself, but its setting on the south coastline of Lewoleba Bay is more than spectacular enough.

Jalan Trans Lembata bisects the town just to the south of the lapping waters of the same-named bay. Between the road and the water is a small Bajo village made of terrestrial and stilted houses facing out to the ocean. The friendly village is dominated by a large pale green mosque and if you walk down past the front of the mosque you'll see a pathway which leads clear to the waterfront. There are also plenty of back lanes and paths to explore.

Expect near continual “Hello mistahhhhhs!” from both the kids and the adults as you wander through. Don’t be surprised to be invited to sit down for a coffee or a glass of something significantly stronger.

Just 400 or 500 metres offshore is a sandy island which emerges at low tide, only to be submerged again when the waters rise. It is a popular spot on weekends to frolic in the sea, and a fisherman in the Bajo village will take you out there at the drop of the hat. It makes for good photos when the tide is right and the skies clear—especially early in the morning and at late afternoon. There are other small islands further afield in the bay, which we were told make for some decent snorkelling, though we didn't try them out ourselves.

Even if you're not interested in getting out onto the water, in the late afternoon both the village and the seaside view is spectacular and great for photography. Similar sunset photos can be taken from the harbour just to the west of downtown. 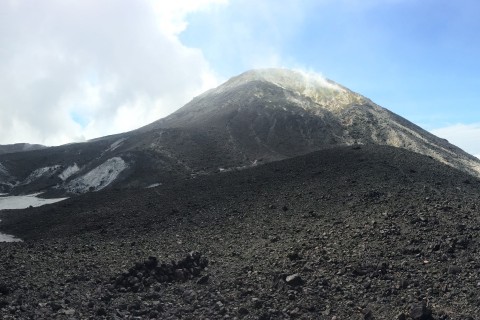 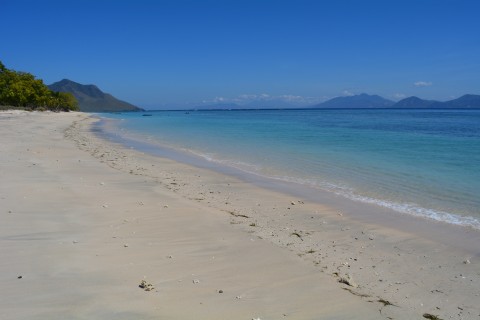 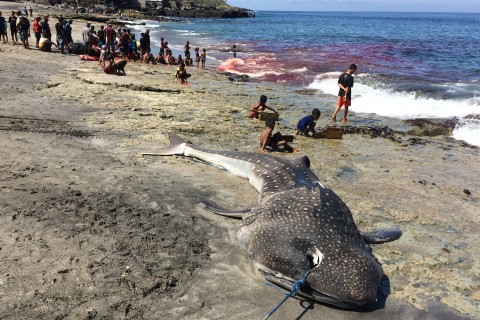