At the far dry north of East Sumba, Wunga village sits surrounded in myth and legend. According to Marapu belief, Wunga is the place from which all the people of Sumba descend, where the ancestors came via a ladder made of buffalo horns from the sky.

Today, Wunga is remote, perched and hidden on the top of a hill at the end of a rocky staircase. In 2010, most of the village was burned to the ground, and the villagers are slowly rebuilding, with the help of “a Japanese man”. So don’t expect ancient buildings, however the newly built houses are done in traditional style with natural materials. They look old, and some of the original central poles were salvaged from the fire and have been reused.

When we visited, they were in the middle of a ceremony to request blessings from the gods to build a new house, and invited us to join the festivities. Our plan had been for a short visit here, but we ended up spending most of the afternoon in the village. If you get an opportunity to join in a ceremony, we recommend that you amend your schedule and go with the flow.

Invited to sit with the men on the veranda, they passed around first chicken intestines, then a pig’s liver to inspect for omens. Examined and discussed in great detail for some time, it was finally concluded that the portents were good. We were then served the sacrificed animals and rice, and the atmosphere became less serious and more festive.

The villagers explained to us that the stories of their history are not written, but mostly passed via traditional songs. They explained that the songs also worked as maps, so they could follow directions based on them; they said the raja’s house was clearly described in one song. To our limited knowledge, this sounded very similar the songlines of Australian ... Travelfish members only (Full text is around 400 words.)

Our top 5 other sights and activities in and around Waingapu 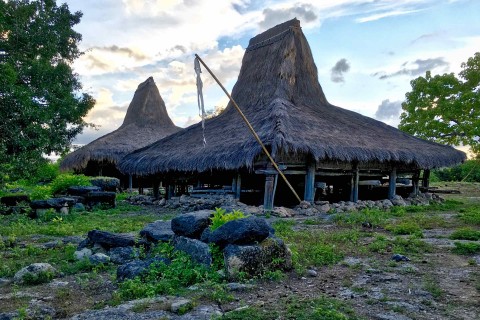 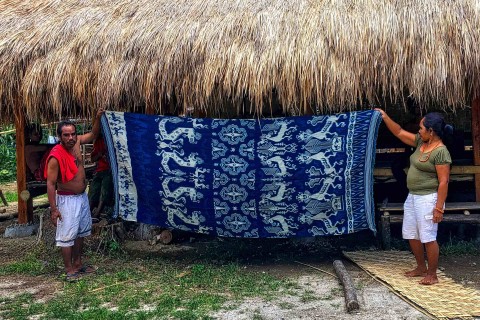 A village in town 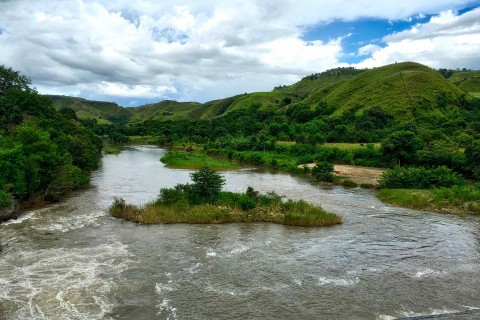 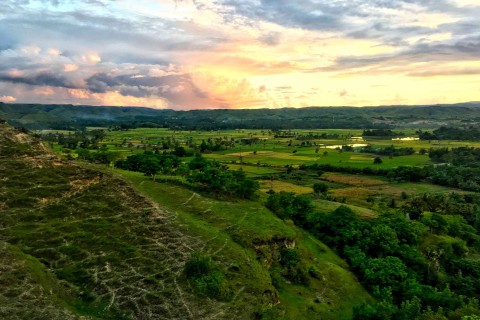 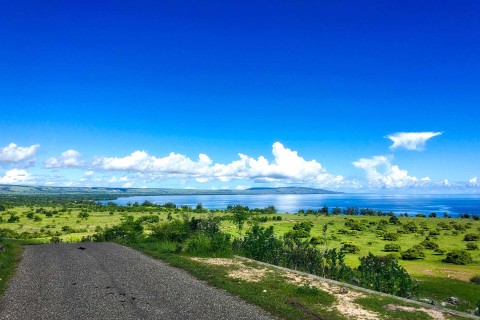