When you need a break from beaches and villages, La Popu (Laipopu) Waterfall has you covered. Easily reached from Waikabubak and Wanokaka, after a short walk through the jungle you are rewarded with a curtain of magnificent cascades, certainly one of the prettiest in Sumba.

The shaded walk to the falls is an easy 15 minutes alongside the gushing river. The path narrows in parts, and can be slippery. A steep section provides an improvised log ladder, aiding the climb — it’s not too high, and not difficult, but leads to the one obstacle of the walk — a scary looking, makeshift bamboo bridge suspended over the raging river. It’s wobbly but fine. We did ensure only one person at a time, however, if you have a problem with heights (or raging rivers) you may want to give it a miss.

A scramble over some rocky slippery boulders, and you’re at the falls. Water tumbles over large boulders and through trees in a series of mini-waterfalls. Keen photographers bring a wide-angle lens, or use your pano mode, as the spectacular wall of water is rather expansive. In dry season you can swim in the pools, at this time a pretty turquoise colour (so we’re told). We visited in heavy rain, and the brownish green water wasn’t as appealing nor safe looking. The return trip follows the same path.

We asked if we could climb to the head of the falls. Our guide led us behind the hydroelectricity generator to a steep staircase that followed a huge pipe clinging to the almost perpendicular hill. Up, up we climbed, then up some more. The path flattened to just the pipe, which we walked along shaded by woody jungle. We arrived at an irrigation channel, and eventually to a small cave — the source of the spring. Disappointing really — we had been hoping to view the spectacular falls from above, but our guide said this wasn’t possible. He then informed us that there was an additional cost for the climb he had just lead us on — an extra 100,000 rupiah. We were not happy and said that if there had been an additional fee we should have been informed prior to the walk.

Both the walk to the waterfall and the walk up the stairs (which is all it really is) can easily be done without a guide, and unlike foreigners, local tourists are able to go unaccompanied. We are very happy to pay for guide services when they are necessary, or when we are being given interesting information. Here it was neither. Coupled with the national park entry fee (30 times the local fee), and the cost of transport to get to the park, La Popu Waterfall is an expensive trip. We do think it’s rather pretty, however there are other much less expensive, but perhaps not as accessible options.

From Mata Yangu Waterfall, further north following the same watercourse, a couple of hours jungle trekking will lead you to La Popu Waterfall. The weather was too extreme for us to attempt this when we visited Mata Yang, but suggest that in dry season this would be a better, but more adventurous option. La Popu Waterfall is reputedly busy on weekends, however we visited on a Sunday, and enjoyed the area in solitude. 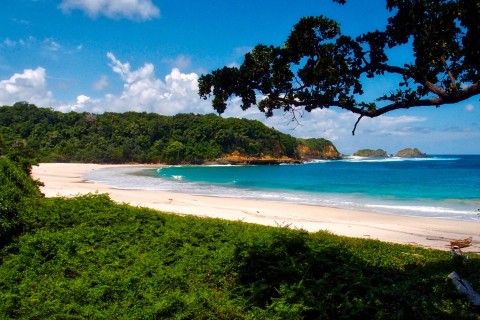 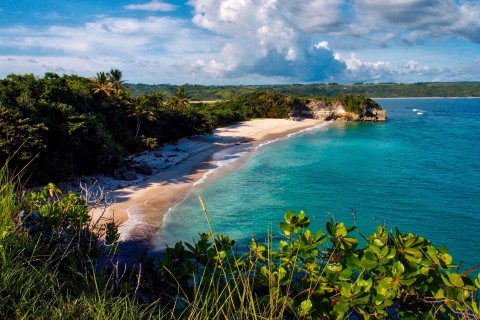 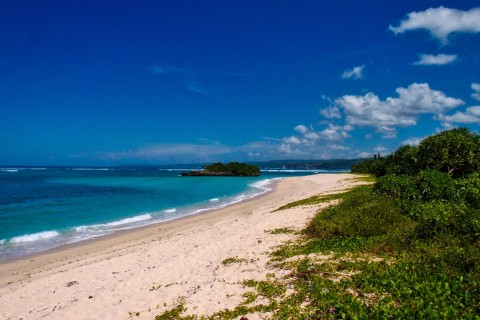 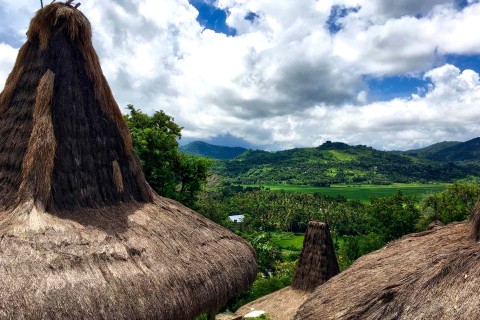 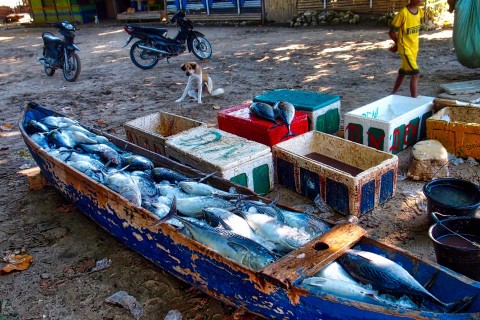 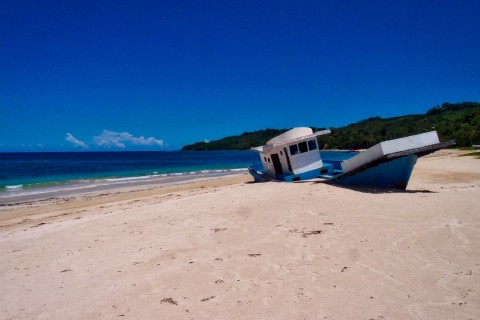