Java’s most interesting mosque
Published/Last edited or updated: 31st May, 2017

The northern part of Central Java is known at the cradle of Javanese Islam, Jepara, Kudus and Demak were powerful and prominent centres in the 15th and 16th centuries and it is said that nine Islamic saints, known as the wali songo, spread the new faith from theses parts.

The remarkable red-brick minaret, candi bentar (split gate) and candi agung (main gate) within the dome are distinctly Hindu, which leads one to believe that the mosque may have being built on the site of an older Hindu temple. The minaret harbours a large skinned drum (bedug) used for the call to prayer as well as a split wooden drums and a clock, and is decorated with Vietnamese ceramics (indicating connections with the Majapahit kingdom who had ties with the Cham of Vietnam) and resembles a kul-kul tower found in Balinese temples.

Interestingly in this town it’s forbidden to eat beef (as well as the usual forbidden pork), usually associated with Hindu belief rather than Islam. The mosque has been rebuilt several times and the 1930s addition of the serambi (porch) with its arches and stained glass windows sits rather incongruously with the red-brick style. Behind the modern dome, you can see the triple-tired pyramidical roof, typical of Javanese mosques, but evolved from the Hindu meru. To the side of the mosque, a gate leads to an ancient graveyard and the mausoleum of Sunan Kudus, one of the nine wali and founder of the mosque.

This is an important and popular pilgrimage site for local Muslims, and it’s interesting and tremendously atmospheric to see the faithful gathered around the curtained tomb chanting and meditating. Visitors can enter the site: a guardian near the tomb holds a visitors book to sign, take off your footwear as you enter the area (you’ll see the piles of shoes), and follow ... Travelfish members only (Full text is around 400 words.) 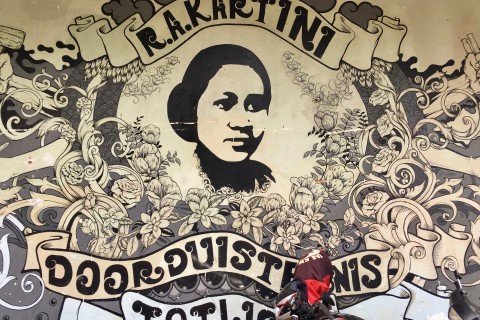 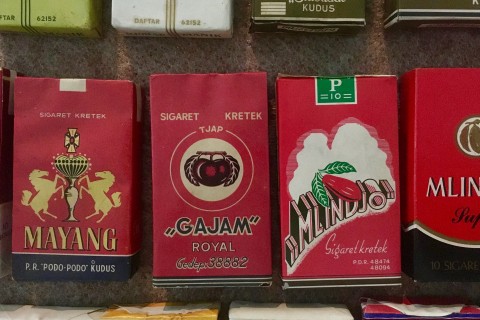