Candi Jabung is Java’s easternmost Majapahit temple, a relic from the Hindu-Buddhist Kingdom based in East Java between the 13th and 15th centuries that during the golden age in the 14th century spread its tentacles as far as mainland Southeast Asia.

The small but impressive temple is believed to be a funerary site for Majapahit royalty. The temple lays around 35 kilometres east of Probolinggo, around 500 metres off the main north coast route to Banyuwangi. Candi Jabung, standing a little over 16 metres, is constructed of red brick which was then carved in relief. Apparently an inscription over the entrance reads 1276, which in the Saka calendar used at the time corresponds to 1354 (although we couldn’t make this out when we visited).

References in classical Javanese texts mention that the temple was visited by legendary Majapahit King Hayam Wuruk in 1359. The temple underwent a five year restoration during the 1980s, but historic photographs from the mid 19th century don’t look too dissimilar. The west-facing temple sits on a staggered rectangular base with a protruding staircase leading to a narrow portal in the almost cylindrical shaped main body of the structure. The roof is incomplete, but experts suggest it was most likely crowned by a stupa. The whole structure gives the impression of a giant yoni-lingga.

The lower levels are carved with florid patterns interwoven with various animals and images of daily life and while some carvings are well preserved, much of the finer details are badly worn and difficult to make out. Fierce giant Kala masks appear above niches facing the cardinal points, although are missing above the main doorway—this common element in temple architecture of the period was designed to protect and scare away malevolent spirits. The steep stairway leading to the inner chamber is very deteriorated and closed to the public.

Candi Jabung sits within a beautifully manicured formal garden and in the late afternoon light the red brick catches the golden sun looking serene and somewhat mystical in this magnificent verdant setting. The area is fenced, and can easily be seen from the road, but take the time to wander around inside the compound—it won’t take long. Although there is a gate, the caretaker said that it never closes.

At the site is a small warung selling coffee, toilets and a board with information about the temple, but only in Indonesian. Part of the site includes a small boundary marker known as Menara Sudut (around six metres high we believe) unfortunately there is no indication at the main temple that it exists, and we missed it, but looking at satellite images of the areas, from Candi Jabung continue around 70 metres south along the road then turn right following the path for 80 metres and it should be there (send us a photo if you find it!).

Going from the guest book, Candi Jabung sees very few foreign visitors (we were alone when we visited). Although similar red brick Majapahit temples can be visited 140 kilometres west at Trowulan near Surabaya, we found Candi Jabung to be an interesting visual contrast to the more famous temples of Central Java, defiantly worth the short detour if you are travelling past, and for history buffs worth a half day trip from Probolinggo. Interestingly, similar red brick architectural elements can be found in Javanese Islamic architecture at the Menara Mosque in Kudus near Jepara and Kota Gede near Yogyakarta.

By car or ojek from Probolinggo the journey to Candi Jabung is very straightforward—head east towards Banyuwangi and around five kilometres past the large urban centre of Kraksaan look out for a small sign (on the left) indicating the turnoff to the right. Continue for 500 metres.

To reach Candi Jabung by bus from Probolinggo, take any bus from Terminal Bayuangga heading to Situbondo and ask the driver to let you off at the turnoff, then it’s a 500 metre walk along a flat paved road. For the return journey, walk back and hail down a bus.

For a comfortable air-con Patas bus you’ll have to pay the full fare to Situbondo which is around 30,000 rupiah, the economy bus price to Situbondo is 18,000 rupiah, but you can probably negotiate 10,000–15,000 rupiah for the shorter trip which will take around one to one-and-a-half hours each way, depending on traffic. 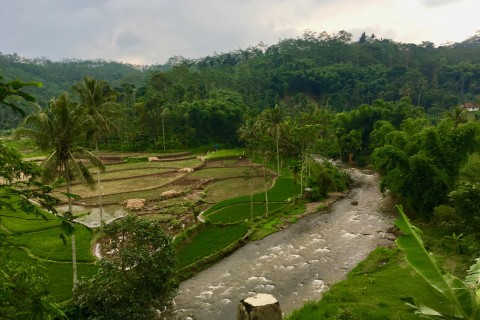 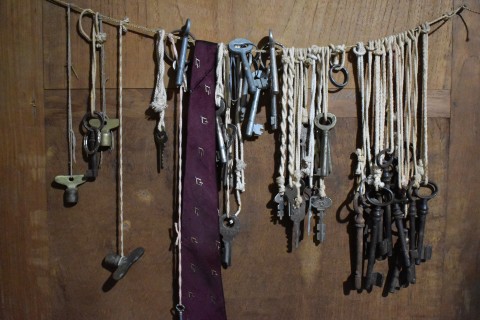 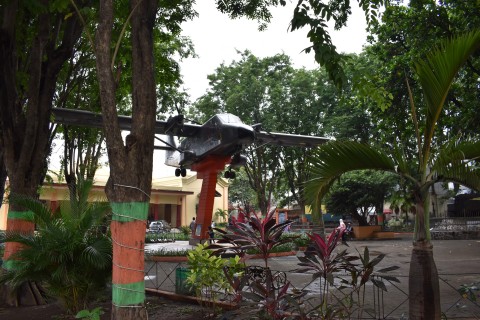