Monument to a tobacco magnate
Published/Last edited or updated: 17th May, 2018

Only in Indonesia could someone buying an abandoned orphanage to turn it into a cigarette factory, be passed off in the official brochures without the slightest of raised eyebrows—welcome to one of Surabaya’s most popular “attractions” the House of Sampoerna.

The story of the founder, Liem Seeng Tee is a compelling one. Born in 1893 in Fukkien province in China, he immigrated to Indonesia, where he lived with a foster family in Bojonegoro. As a child he first worked the railroads then ended up selling household wares on the streets of Surabaya as a young man.

In 1913, he switched to selling hand rolled kretek cigarettes from his home—kretek cigarettes contain a mix of tobacco and dried cloves and have a very distinct smell. Business took a turn for the better when, in 1916, he bought up the tobacco stock of another (bankrupt) tobacco merchant and from there the business went from strength to strength. Fast forward less than a century to 2005, and tobacco conglomerate Philip Morris offered over US$5 billion dollars to buy what had by then become Sampoerna—a household brand across the archipelago.

You can learn this and much more in a small museum which occupies the front part of the House of Sampoerna. Containing photos and memorabilia throughout the history of the founder and his company, these provide a fascinating insight into how life was back in the day. As with most tobacco museums in Indonesia, the collection is extremely well presented, with near perfect bilingual signage and has a thoroughly professional feel and staff. It would be great to see some of Indonesia’s tobacco magnates pour some of their buckets of money into other non-tobacco-related museums across the country as they certainly appear to be keen on funding their own museums.

Above the museum is a gift shop, and it is from this upper level you are able to look down into the cigarette rolling factory which still operates at the rear. According to the brochure we were handed, 400 women work here, apparently rolling 325 cigarettes per hour. The factory wasn’t operating when we visited—a staff member said mornings, between 9am and midday are the best time to visit to see the women at work, though you are only able to view from the upstairs viewing deck.

While we’re talking about tobacco, it is worth pointing out some rough numbers. Almost 65% of Indonesian men (and over 35% of boys between 13 and 15) smoke tobacco, almost 20% of those kids tried their first cigarette before they were 10 years old. If you are wondering how on earth a tobacco marketer reaches a ten year old, you need look no further than going to the cinema to see a kid’s film, where advertisements extolling the virtues of smoking are right up there with having a smart phone.

There is no minimum age limit on smoking or buying cigarettes in Indonesia and according to the National Commission for Children's Protection, nearly 2% of Indonesian children start smoking at the age of four. Four.

Meanwhile, according to Forbes, Indonesia’s richest and third richest families (the Hartono and Wonowidjojo families with a combined wealth of US$40 billion) are cashing in big time on a product which will, in all likelihood contribute to the early death of almost 60% of the male population of Indonesia. According to Forbes, the Wonowidjojo family alone is responsible for producing 70 billion (yes billion) cigarettes a year.

So yeah, the museum is interesting and all, but the product sucks. Totally.

Still want to take a look? The House of Sampoerna is located in the northern reaches of Surabaya and the easiest way to reach here is by taxi or Go-jek. 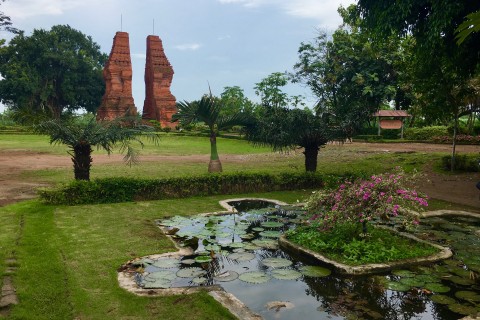 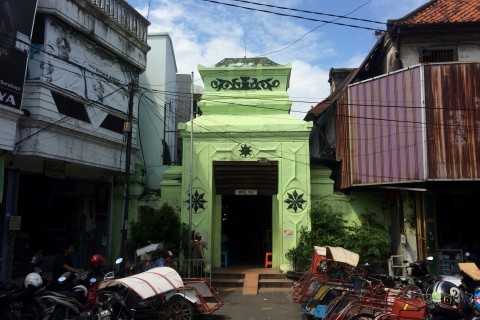 Explore the city on foot 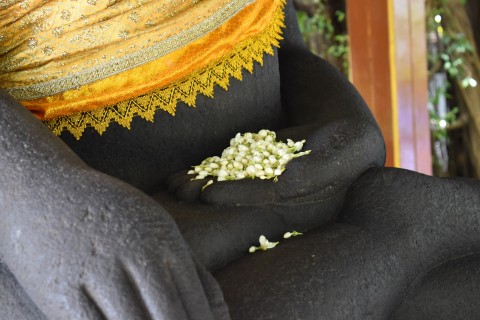 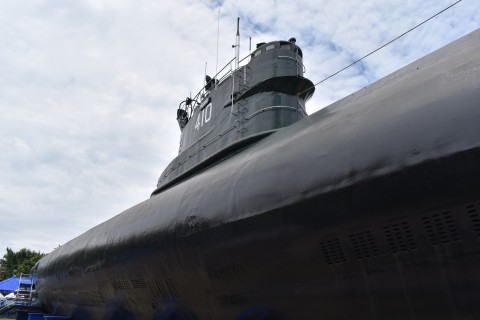 A fish out of water