In the centre of Bogor’s mass of humanity, traffic and chaos, the extensive and beautiful Bogor Botanical Gardens (Kebun Raya Bogor) is not only a respite from the three-ringed-circus, it is one of Asia’s oldest and most magnificent formal gardens and the primary reason to visit the city.

Established in the early 19th century, the 87-hectare site showcases a vast collection of plants including majestic 200-year-old trees and rare orchids, the Istana Bogor (presidential palace), guesthouses and cafes, a zoology museum, Dutch cemetery and research centres. This is one of the world’s great gardens and one of Indonesia’s major attractions—if you have even a passing interest in botany or just enjoy a bit of nature, it is well worth the trip to Bogor.

The area was possibly a formal garden of sorts during the late-15th-early-16th-century Sundanese Parajaran Kingdom. In the mid-18th century Buitenzorg, a temperate climate hill retreat for steamy Batavia’s (Jakarta) VOC Dutch Governors was built on the site, and the area surrounding more formally landscaped as a European-style garden by Stamford Raffles when as the British Lieutenant-Governor of Java, he resided there in what is now the Istana Bogor. A memorial to Raffles first wife, Olivia Mariamne Raffles, who died here on November 26, 1814 can be found within the gardens. The idea of a botanical gardens to study the flora of the region with a view to determining their scientific and commercial value was later raised by the Dutch and the garden officially founded on 18 May 1817.

The appropriately almost lung-shaped gardens are located in the heart of Bogor with four entrance gates positioned along three of the major surrounding roads, although mid-week often only the main southern entrance on Jalan Otto Iskandar Dinata remains open. Visitors could easily spend half a day here walking along the shady paths through avenues of trees, manicured formal gardens and areas that seem more like wild jungle. Part of the draw is the huge amount of birdlife and fruit bats the park attracts along with the general peace and tranquility—although disrupted somewhat by the fact that cars and motorbikes are unfortunately allowed into the grounds. For the less mobile or lazy, golf carts (25,000 rupiah per person) and mini-trains (15,000 rupiah per person) offer tours. Bicycles can also be hired for 15,000 rupiah per hour.

Many trees are labelled with their biological names, some with additional information in Indonesian and English, although signage can be a bit hit and miss. Note the oil palm trees, originally from West Africa, planted in 1848—the first of this species in Asia, ancestors of the swaths of commercial plantations across Indonesia and Malaysia today.

The Orchid House with over 5,000 specimens is worth a visit not just for the blooms, but also for a small informative display on the history of the gardens (open 08:00—15:30). You may be lucky to visit when the giant Titan Arum (Amorphophallus titanum) is blooming, known as the world’s tallest flower, recorded to reach heights over three metres.

At the southwestern corner of the garden is the Zoology Museum, which houses a dusty collection of moth-eaten taxidermied animals and skeletons from around the archipelago. It’s mildly interesting to spend half an hour or so and the skeleton of the blue whale is worth checking out. School children tend to congregate here for assignments so don’t be surprised to be the focus of some giggling attention. The museum is open Monday to Thursday: 07:00–16:00; Friday: 07;00–11:30; 13:00–16:30; Weekends and holidays: 08:00–17:00.

The Istana Bogor takes up about one quarter of the gardens and remains closed to the general public (groups can apply to visit), although you can get a good eyeball of the grassy lawns dotted with sculptures and hundreds of roaming spotted deer–originally introduced as meat for grand banquets–from outside the northwestern fence and from across the lily-filled pond within the garden. Not far from the Istana, is an atmospheric old Dutch cemetery, the oldest tomb from 1784 predates the gardens.

The gardens are a popular picnic spot and within the grounds not far from the main entrance, a small cafe serves local meals, alternatively near the gates on Jalan Pajajaran on the eastern side of the garden, the upmarket (and comparatively pricey) Grand Garden Cafe perched atop of a hill, enjoys sweeping views of the ponds and water gardens, a delightful stop to try the rather unusual “flavoured beer”—local Bintang mixed with lychee or peach (45,000 ++ rupiah). The Garden Shop (open: 08:00–15:30) sells a selection of academic and coffee-table books, some in English as well as pot plants and seedlings of rare orchids (certified for sale) and pitcher plants.

A couple of guesthouses also operate inside the grounds, one had been recently renovated, as The Melchior and on the other side, Pinus Guesthouse under the administration of the botanical gardens, T: (025) 1831 1362.

Bogor is known for high rainfall, good for the plants, but you may choose to plan your visit for earlier in the day when there is the least chance of a downpour.

Our top 4 other sights and activities in and around Bogor 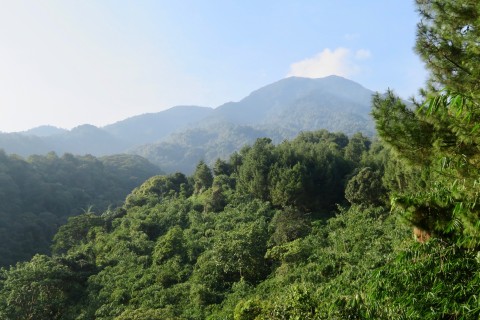 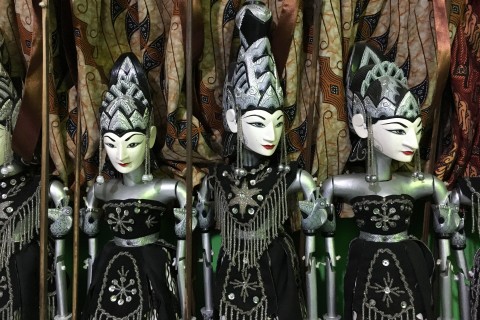 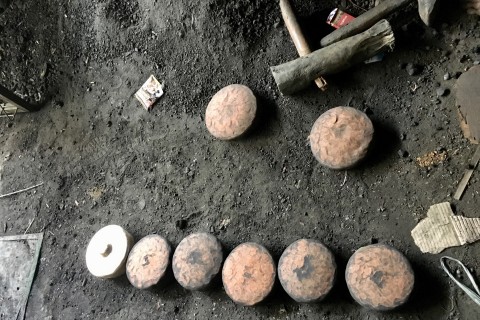 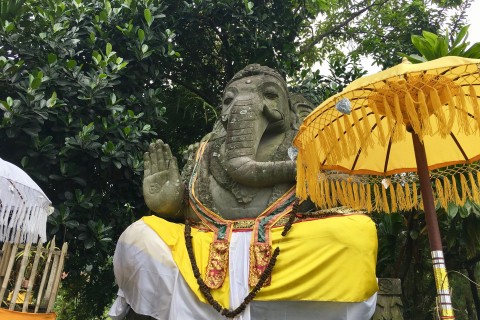