Candi Cangkuang is a small eighth-ninth century Hindu temple that predates the larger and more well known temples of Central Java, Prambanan and Borobudur, and one of the very few ancient Hindu sites in West Java.

The square-based volcanic stone structure stands a mere eight-and-a-half metres tall with a three-stepped roof arrangement embellished with small stupas, almost identical in style to the small Pawon temple near Borobudur and similar the Hindu temples at Dieng Plateau and Candi Gedong Songo near Semarang.

On the eastern side, stairs lead to a room containing a small eroded statue of Shiva. Next to the temple in a fenced enclosure is a local pilgrimage site, the tomb of Arief Muhammad, believed to have spread Islam to the area in the 17th century. Arief Muhammad’s descendants live in the neighbouring traditional village, Kampung Pulo.

A small museum displays ancient Korans and manuscripts in Arabic with some information about the temple, but only in Indonesian. According to the museum’s caretaker, the temple is named for a tree that grows nearby. Although an important historical sight, Candi Cangkuang is only of mild interest to the passing tourist but it does present a quiet place to sit and contemplate. If you are keen on ancient history it may be worth the trip, but if you plan on visiting the temple groups in Central Java, they have more general appeal.

We were informed that locals offer bamboo raft trips on the lake which may float some peoples’s boat and add to the draw, but they didn’t seem to be operating on the day ... Travelfish members only (Full text is around 200 words.)

Our top 3 other sights and activities in and around Cipanas 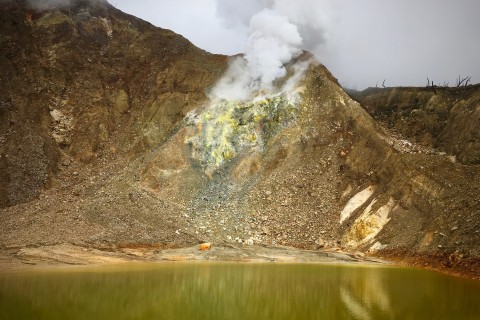 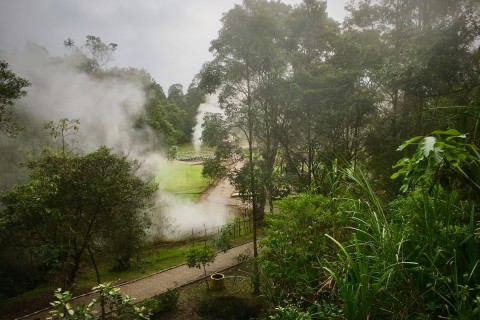 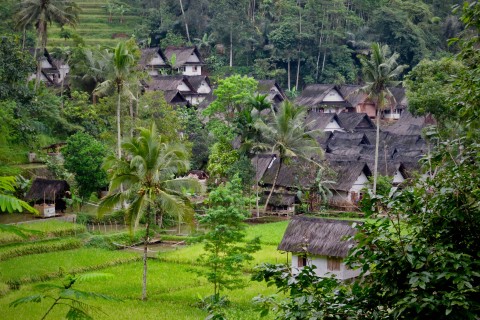