Wayang kulit, shadow puppets, are Indonesia’s most well known form of theatre, but in West Java, the tradition is wayan golek, three dimensional wooden rod puppets that look not unlike European marionettes or Punch and Judy style hand puppets, except of course for the traditional style of the characters.

In the larger cities like Bogor and Bandung, this is a dying art, but in the smaller villages such as Pangandaran, shows are performed more regularly, usually at festivals, weddings or circumcision ceremonies. Two puppet masters (dalang) who happen to be brothers have workshops that can be visited which also double as galleries and often put on a fascinating impromptu performance, all without any expectation of money (although tips are appreciated).

The skills from carving, painting and dressing the puppets to performing the shows are passed from generation to generation and in Pangandaran the most highly regarded dalang or puppet master is Pak Rojikin Supriadi Putra who runs Jagal Bilawa.

The stories and characters are based on the Hindu epic tails the Ramayana and Mahabharata with some local characters thrown in for good measure. In the past when Indonesia’s press was not so free, this was a way information and political comment could reach the masses, these days the ad-libbing within the show is more slapstick comedy.

Both Pak Rojikin and his brother Pak Agus Gunawan follow the family tradition and open their workshops to the public. The puppets are carved from lightweight balsa wood which grows around the village and are painted in a variety of styles. The artisans then dress the puppets in intricately beaded batik outfits. If you are lucky, you can see the characters come to life and as the dalang adds movement and voice, it’s hard to believe they are not real such are the skills of these masters.

Both Pak Rojikin and Pak Agus are enthusiastic and friendly and will passionately spin stories in English about any cultural topic you can think of and will entice you to ask questions about Indonesian society and its rapid progression into modernity. Puppets are for sale starting around 600,000 rupiah up to 2,500,000 for the more complex designs such as Hanoman, the monkey god—our personal favourite. 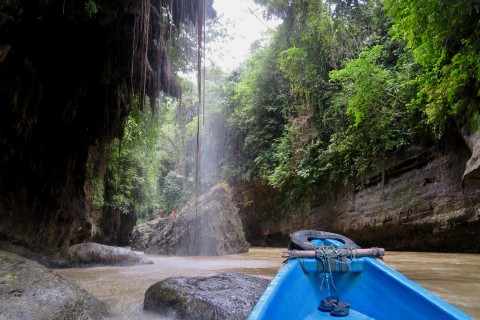 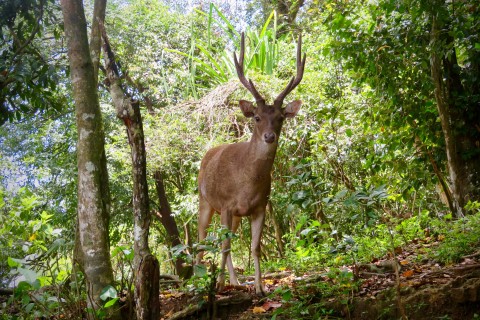 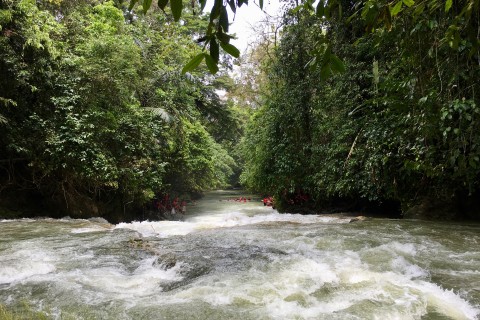 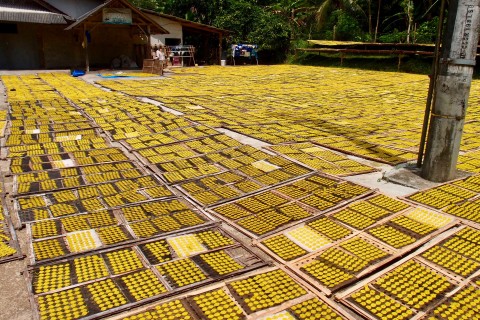