Sulawesi’s Togean islands are a great place to unplug and get back to nature with your kids—though you’ll have to work a bit both to get here and while you’re here to get the most out of them. These few tips kept in mind ahead of a visit might help you keep your sanity.

It takes a long time to get to the Togeans. You’ll either have to get an overnight ferry from Gorontalo, or a speedboat from Ampana (which you can reach by flight or via a long car or bus ride from Makassar—via Rantepao and Tentena most likely—it’s legendarily awful). The archipelago is quite large—it takes around five to six hours to get from the northernmost resort to the pair of resorts furthest in the south by a two-engine wooden boat. Prepare accordingly!

Stock up on snacks—big, big time if you have smaller kids—before you get on that boat. The resorts offer three meals per day at set times as part of their compulsory full board set-up, but nothing in between. Some resorts will have a small shop but some don’t. Gorontalo has a large mall and very well-stocked Hypermart where you can even get Weetbix for those 05:30 wake-ups. Ampana has a few minimarts where you can get the usual array of Indonesian snacks but nothing much in the way of imported stuff (though they do have Cornflakes). One brainwave we had was to quit carrying around UHT milk and take powdered milk instead.

Other things you may want to pick up at this point are some fresh sketchpads and colouring pencils or textas—whatever you can get your hands on—and baby powder, which works a treat getting sand off hands and feet.

Once stocked, head for the boat. Most of the year from Gorontalo you should be able to snare one of the four cabins on the regular Tuna Tomini service. The cabins are tight but air-conditioned and comfortable enough. During the busy months of July and August you may end up in reclining seats in a room too small for our liking (business class) or more uncomfortable seats, or on the airy roof. We slept on the roof on our return, bedding down with sarongs and bags. The plus side of having kids exhausted by swimming and long boat rides is that they fall asleep easily.

From Ampana, it’s a shorter trip typically done on smaller public cargo boats, the frequently running Puspita Sari or a widening array of speedboat services. Be warned that the cargo boats often won’t have any shade unless you want to sit inside a fume-filled box. You should have plenty of sunscreen and hats and so on anyway, but keep them handy and not packed away in your larger bags, which may disappear into the bowels of the boat if you don’t keep an eye on them (the packers are honest but enthusiastic).

Food on the Togeans is basic and most often local style, with plenty of fish. Some resorts, like Kadidiri Paradise, offer up rather unimaginative though inoffensive meals, while others, like Island Resort, serve up real treats considering the location. You won’t have too much choice though, so try to explain to fussy eaters ahead of time that their lives are about to change.

There’s no reliable phone or data signal on the Togeans (though persistent/pathologically patient people can get a 3G signal at Wakai). There’s also barely any electricity—so you won’t be competing with too much in the way of screens. Again, warn your kids about this. We did take iPads but used them very sparingly when the kids really needed some downtime. Forget to charge them if you have real addicts on your hands. Power is likely to only be on reliably from around 18:00 to 22:00 or 23:00 each night. Take a few torches and spare batteries so if you need to do a toilet run at night you can. Fans in rooms are very rare meaning it can get quite hot when it’s still.

So if your kids are not glued to a screen, what are they doing? Swimming, snorkelling, jumping off piers, building sandcastles, reading books, fishing from home-made bamboo poles, running around with other kids of both guests and staff, chasing baby chicks, going to see hornbills return home, picking up rubbish on the beach, visiting a sea gypsy village, catching hermit crabs, trying to climb coconut palms, and generally having a good old time. We saw a stack of dolphins while heading out on a snorkel/dive trip. If your kids are not good swimmers, note that most small boats will not have life jackets—you may be able to borrow one from the dive shop (if your resort has one) else consider bringing your own with you.

If your kids are old enough to snorkel, bring your own equipment, as you won’t find kid-sized stuff on the islands (it’s possible the Hypermart will have stock, but you won’t want to rely on this). Goggles are good for kids who can’t yet snorkel but are confident enough to swim and want to look under water—you don’t have to go far from the beach to see plenty of fish. Watch the currents as in some places they can be deceptively fast.

Take a good first aid kit as you’re quite a distance from decent medical care. Our injury tally (among the kids) included splinters, grazes, coral cuts, and finally a bout of tonsillitis. We saw one child stung by a jellyfish. You might want to take something for ear infections as these aren’t unusual given all the swimming everyone will be doing. The Togeans are malarial. See a doctor who really understands tropical medicine before you travel to decide whether or not to take prophylactic treatment. We didn’t and nor did our kids as we travel in and out of malarial zones too often. Your bed will have a mosquito net—use it.

Your kids will need to get used to land lubbing creepy crawlies as well. We had rats in the rafters occasionally, some large cockroaches in bathrooms now and again, and we spotted a snake outside once.

You won’t find kids’ clubs or babysitters on the Togeans, but you will find plenty to do under your own steam. People are overwhelmingly kind and friendly when it comes to looking after kids, so if you’re brave enough to strike out and step off the grid, you’ll have a very warm welcome waiting. 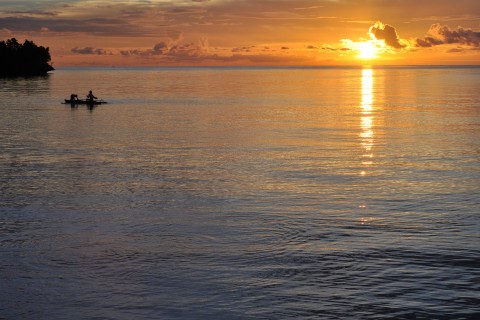 Why go to the Togean Islands? 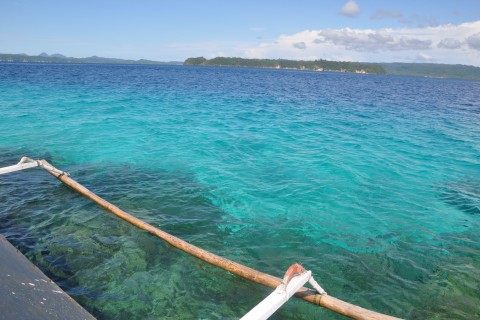 Learning to dive on the Togean Islands

A bit pricey, but worth it. How about five weeks?