A full day out
Published/Last edited or updated: 19th April, 2016

This dynamic duo of sarcofagi and a cave are the most often suggested attractions for those with a bit of time on their hands in Sumbawa Besar. While neither are highlights (unless you are of an archeological tilt), visiting them will absolutely fill most of a day.

Realistically they cannot be visited independently, as local guides, both for the sarcofagi at Aik Renung and the cave, are mandatory. With the former, it’s actually the caretaker you need to track down — think Ghostbusters riding around asking for the “Keymaster”. In our case we got a telephone number from Batu Tering village, rode up the dirt track, met another guy, who knew the keymaster, but he was off feeding his special hunting dogs, so after three more phone calls we arranged to meet him another kilometre up the track, from where he guided us along the remaining kilometres to the actual site.

Does anyone know the Keymaster?

There are two main sites within walking distance of one another — there’s apparently another above the rock shelf you can see on the cliff, but we drew the line there. They are basically coffins that have been carved into large stones.

Liang Petang (“dark cave”) turned out to be a bit of a surprise as, to be honest, we were not expecting too much — we were already in the area to see the sarcofagi and we thought, why not. It is a moderately sized cave with, save the initial walk boards to get in, no allowance for visitors — you will need a torch, but as a local guide from the village is mandatory, they can supply a torch if you don’t have one. It is deep – we spent about an hour poking around in here and saw a large snake and loads of bats.

To get to Aik Renung and Liang Petang will take around two hours each way by scooter. You can’t reach Aik Renung by car as the road is too bad. From Sumbawa Besar, head out of town on the bypass road heading towards Dompu and just after that road combines with the road from Sumbawa Besar town, the road splits again, with the southern road heading to Lunyuk, while the main road continues to Dompu.

The cave entrance. See it? No, neither did we.

Take the southern road and after around 30 minutes you’ll reach a left turn (take it) that takes you through the village of Semamuang. Keep heading east and you’ll reach a turnoff to the south (signposted) to Aik Renung and Liang Petang, but first you need to continue a short while to the village of Batu Tering, where you’ll need to begin your search for the keymaster. If you’re in luck the keymaster will be in the village and they’ll ride with you the rest of the way to the site. Otherwise you’ll be given instructions to go find him. A guide or at least some Indonesian language skills are quite useful at this point.

Once the keymaster has been located, backtrack to the southern turn-off and take it. Depending on road conditions, Aik Renung is another 45 minutes to an hour away, Liang Petang slightly less. 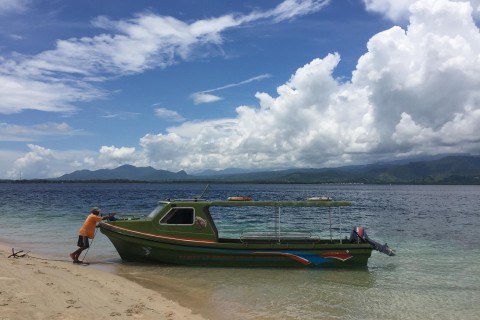 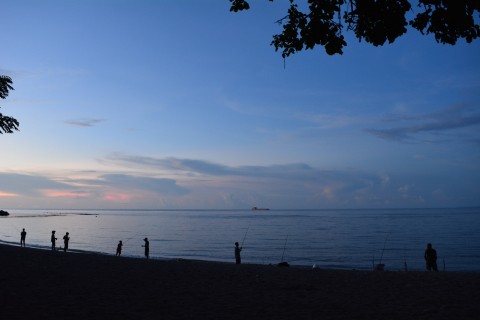 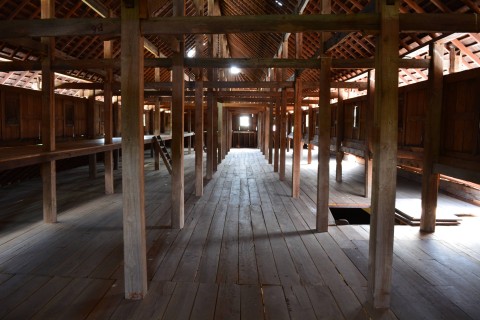 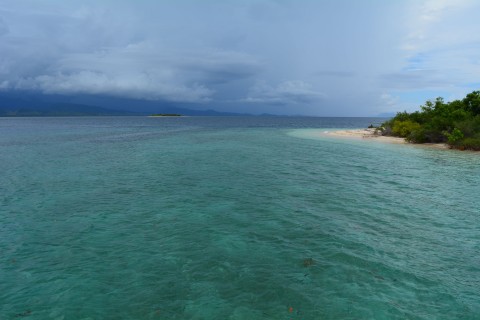 If you're seeing Gili Bedil anyway, why not?