In Xieng Khouang, there are plains and they have jars giving us the Plain of Jars. Clusters of one to four hundred megalithic stone jars can be found throughout the province and it is a wonder to see. How did they get there and why? The story of the Plain of Jars is two-fold, the jars themselves and then there is the devastation caused by the war. When visiting, both come to light.

First, the jars. While research is ongoing, as of 2013, over 100 jar sites have been found in the province alone, with 1999 stone jars counted. Given Site 1, 2 and 3’s proximity to Phonsavan, they receive the vast majority of the tourists who usually cover it in a day.

Site 1 (admission 15,000 kip) is the closest to the city centre, located 7.5 kilometres southwest of the city centre off of Route 1D. It’s the largest, most investigated and has the most impressive concentration of jars. This includes Xieng Khouang’s largest jar (2.5 x 2.57 metres) and the only decorated jar ever found. Unsurprisingly, it sees the highest volume of visitors. If visitors complete the walking loop and spend time reading at the information centre, Site 1 takes about two hours.

There’s different theories about why the Plain of Jars people carved these stone jars. The favourite local joke is that they were for making lao-lao rice whiskey. The prevailing theory is that it was used for a secondary burial process. A corpse would be taken to a jar site and placed in the stone jar. When only the bones remained, they would be collected and buried in an urn or a pit. Site 1 has information about the people, the local legends, history and the UXO problem. It’s a good primer and it would make sense to visit Site 1 first, though be warned, many tour groups make it their first stop too.

Interspersed between all those stone jars in the 25-hectare site are fox holes, trenches, anti-aircraft positions on top of the cave and bomb craters, including one that was caused by a 2000 pound bomb. The Plain of Jars held strategic importance during the Secret War and 127 unexploded ordinances (UXO) were cleared from Site 1 alone. On that note, Site 1, 2 and 3 have been de-mined and markers in the ground will indicate where to walk. Don’t stray too far from these marked paths.

Many jars suffered damage from bombing (over 100 at Site 1) as well as in the late 19th century at the hands of the Haw, Chinese bandits who broke 109 jars. Today the destructive threat is from tourists vying for photos standing in, on, and against the 2,000 year old relics which are all out in the open without barriers. Rules that are posted are disregarded while vendors have set up beside the jars, diminishing the experience.

Site 2 and 3 are quieter and in the same vicinity of each other, south of Phonsavan about 25 kilometres from the city centre. For Site 2, after paying the 10,000 kip admission at the gate, drive down to the end of the lane. Jars are in groves on both sides of the road, with some lovely views of the hills.

Site 3 (10,000 kip) requires a walk of about 600 metres through rice paddies, which would be muddy in rainy season, and up on a shady hill. There are very few tourists here, especially first thing in the morning. There’s a decent noodle soup shop beside the ticket booth, making an early morning start less painful.

Finally, an interesting addition would be to visit Ban Naphia, also known as “the spoon village”, a little over 5 kilometres west of Site 3. With initial training by Swiss NGO Helvetas, the village recycles scrap metal (including from defused bombs), turning them into spoons, “bomb bracelets”, key chains and jewellery.

The province’s other hundred odd sites have potential to open up but that would require UXO clearance and money for development. To escape the tourist crowds, check out the rarely visited sites we’ve outlined in Phou Khout or Muang Khoun.

In Phonsavan’s tourist centre, guesthouses, travel agencies and tuk tuks all offer guided or unguided trips to the Plain of Jars 1, 2 and/or 3, usually combined with an additional attraction such as Ban Naphia, Muang Khoun or Muang Kham. The latter would include Tham Piew Cave, a bomb crater field and Ban Namkhampeng, a Hmong village that uses old bomb shells for their homes.

A standard price for a basic tour usually costs about 150,000 kip per person, depending on the number of people signed up, whether the transport is a songthaew or a van, and if lunch is included. Alternatively, grab a bike or motorbike yourself and roll on. Hobo Maps has two very helpful maps. 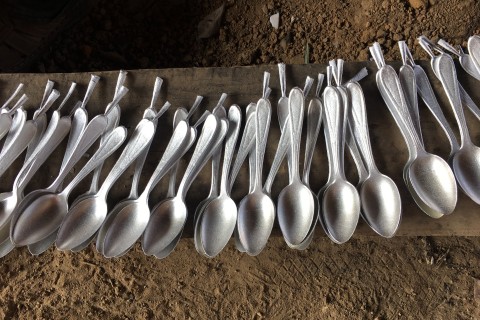 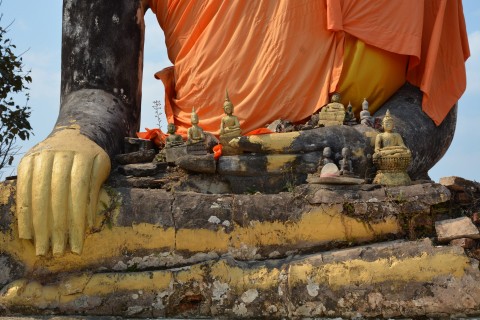 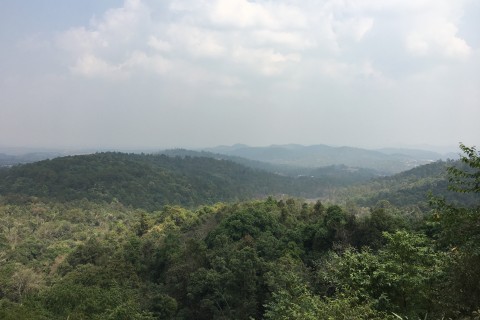 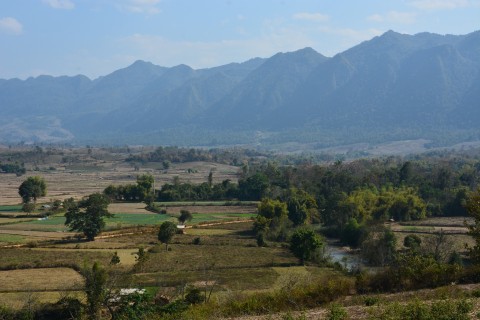