Located on the east side of the Mekong, Ban Nong Bueng village is a minor but welcome diversion for those travelling by motorbike on Route 13, especially for those keen on traditional handicrafts.

Established in 1890 and named after the surrounding small lakes, Nong Bueng village is famous for its wood carvers. From handcrafted sculptures and carved reliefs to practical items such as outdoor lamp posts, chances are you’ve already seen their work in guesthouses and hotels throughout southern Laos.

There are two ethnic groups within the village, Lao and minority Taoy, and the woodwork incorporates motifs from both cultures—and we suspect extraterrestrial influence as well. Some of the sculptures are out-of-this-world wacky and one must wonder if lao-lao rice whiskey was involved while creating certain pieces.

One wood carver, who has been an artisan for 21 years, was so proud he gave us a little tour, chattering away in Lao as he showed us all the work in progress including one massive relief highlighting the country’s famous landmarks. Another piece included delightfully nuanced depictions of Lao daily life.

We counted four not so informative NGO sponsored information signs posted in random places throughout the village. The three sentence write-ups leave much to be desired. One sign that may pique your interest is about the Xe Hintang Rapid in Tomo River, a further four kilometres from the village. The sign says you can ask the villagers to take you there for a swim “in the purest river in the country”. That’s a big claim but we don’t doubt it will probably feel that way on a hot day.

Ban Nong Bueng is two kilometres east of Route 13, on the east side of the Mekong (in other words, the opposite side of the river from Champasak). The turnoff is signposted. Follow the dirt road and signs for two kilometres, going into the village until the road reaches a dead end. There is house/shop with carvings for sale. Go into the area behind this house to see the different workshops. For some action, visit in the morning or late afternoon as villages usually siesta in the midday. Also, woodworking tools remain idle during rice planting and harvesting season.

For those travelling by bicycle or motorbike, it’s a good way to break up the journey. For others, it may not be worth seeking out on its own as there’s no direct public transport. If you’re visiting Um Tomo as a day trip from Champasak or driving to Ban Khiet Ngong, consider adding on Ban Nong Bueng. 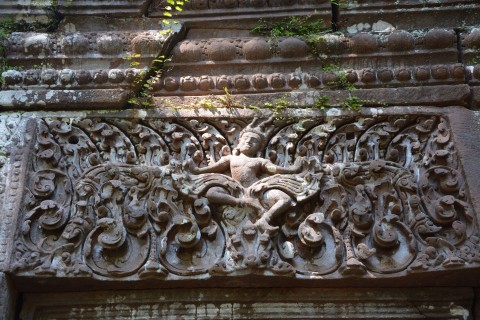 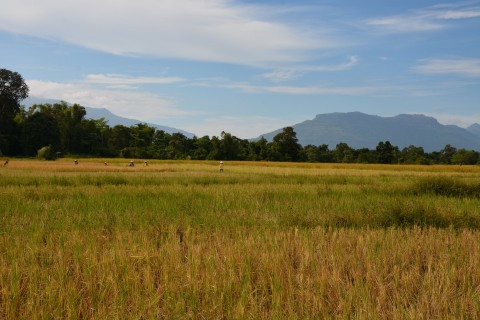 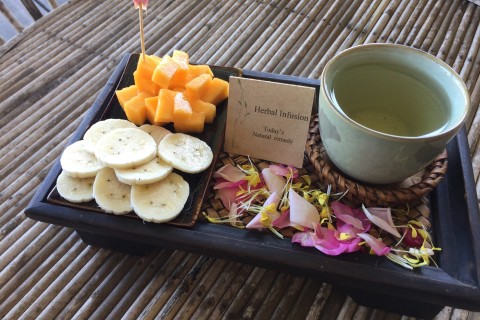 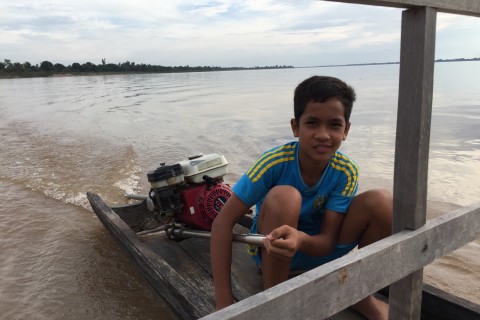 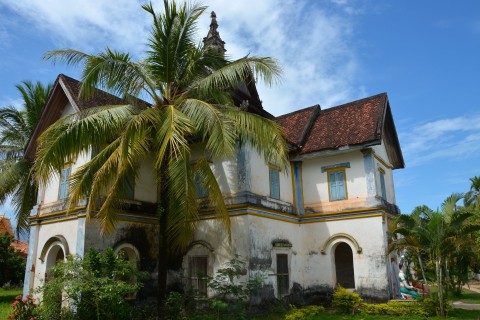 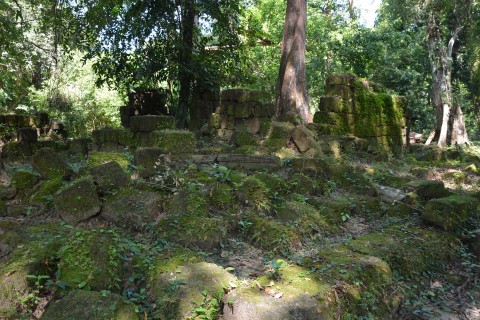