Step back in time
Published/Last edited or updated: 20th March, 2017

Just 17 km north of Pakse and only accessible by boat, the small rural Mekong island of Don Kho whisks visitors back in time.

The traditional way of life persists here, remarkable given its proximity to Laos’ second largest city. Locals rely on growing rice, fishing and weaving, a craft that the village has become known for.

Legend has it that the island was originally settled 400 years ago by a group of families from Attapeu. Looking around the island today, it's hard to believe that during the French colonial era it was the first administrative centre of Champasak, serving for a decade before it was moved to Pakse. Known then as Khokavin, Don Kho’s protected location was ideal and French ships venturing up from Don Dhet to Savannakhet would make a pitstop at this island.

Ban Saphai on the mainland is the jumping off point. The village on the banks of the Mekong is also known for weaving and visitors can ride around the village, houses with weavers are marked with a little sign. The jetty also has a handicraft centre with the locally made goods for sale. However, you’ll easily see a lot of weaving activity once on the island.

The boat delivers passengers to the wat at the northern end of Don Kho, home to a splendid 500-year old tree. The centre is entirely given to rice fields and forest, while a beautiful pathway leads through the village which rings the island, running along the riverbanks. The traditional style houses are built on stilts and the space underneath is the shady hub where families weave, spin thread and tend to other daily chores. We found the locals to be welcoming, and they don’t mind if you walk over to see what they are doing. They have a surprisingly light touch when it comes to selling their work, mostly made from silk or synthetic threads, and have a great sense of humour about being the object of so much attention.

Very few historic vestiges remain—look for the traditional twin roofed house in the middle of the northern shore. A tidbit of more recent history: on the map is “Former Philip House”, the home of an Englishman who lived on the island from the 1960s to 1970s to work with the weavers. Find it on the northern tip.

Pakse travel agents and the tourism information centre can arrange for tours or homestay. The bold can also arrange the homestay by themselves by showing up—no English will be spoken. The homestay is 30,000 kip per person, not including meals which you should kick in for. We found Don Kho was a great place to visit independently, stroll around, relax into village life and interact with the locals. It’d be difficult to get lost and every notable point of interest (and there are very few) are marked with Lao tourism signs.

To get here, head 17 kilometres north on Route 13 along the road to Vientiane. After the km-13 marker are two Lao Tourism signs for Saphai Weaving Village and Don Kho Island pointing to the turn off to the left. It’s 4 km until you reach the jetty and handicraft centre. It’s a flat fee of 40,000 kip roundtrip. Secure parking was a bit of an issue for us. Our motorbike rental shop said there was paid parking for 5,000 kip but when we were there, we couldn’t find anyone minding bikes. We asked someone if we could park in front of their shop and for them to keep an eye on it for us.

Since you’re in the area, also check out Don Khor, bearing a confusingly similar name. The road is located 500 m before the north bus station on the lefthand side. Follow the road for about a kilometre and turn right. The village makes Buddha statues and it’s quirky to see them in various states of completion as local craftsmen chisel away along the road to Wat Chompet, home to a big golden Buddha.

Our top 7 other sights and activities in and around Pakse 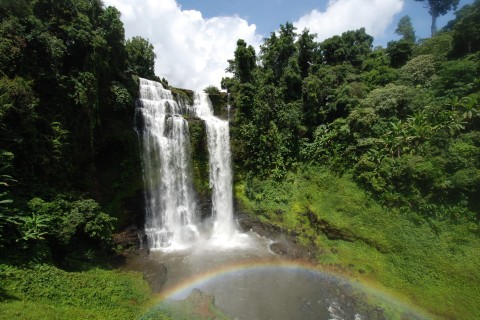 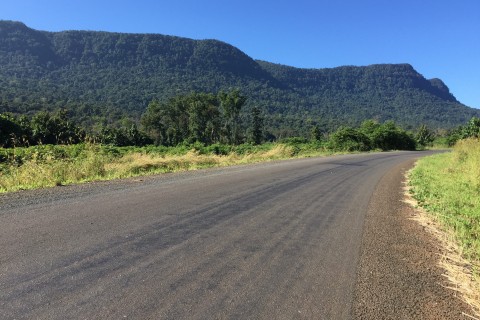 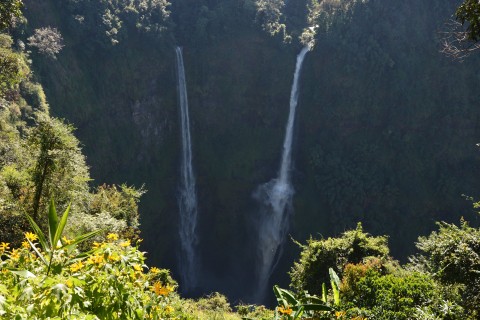 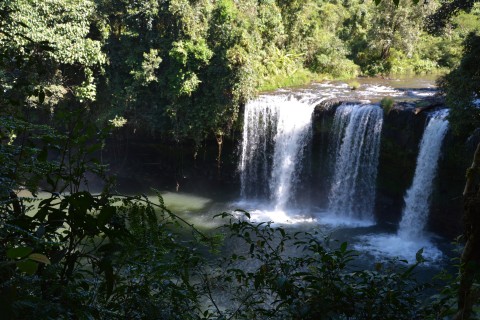 Walk behind the falls 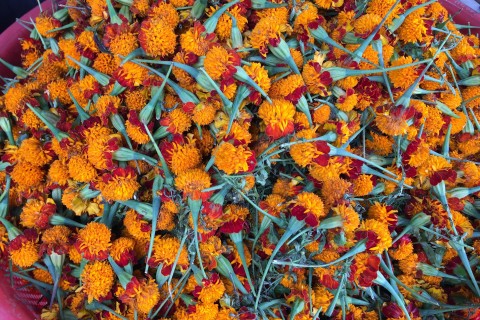 One of the best morning markets in Laos 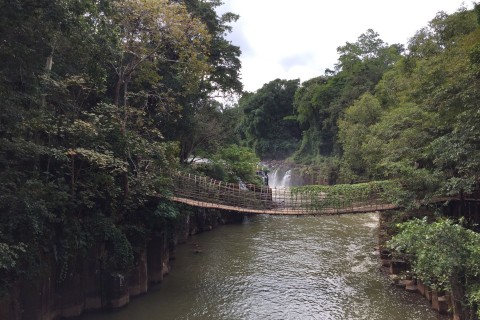 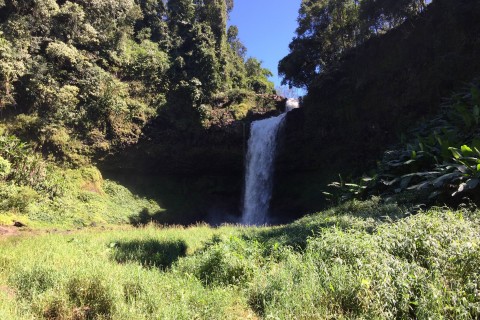