The first 20 kilometres of Route 12 east of Tha Khaek is packed with interesting caves and pause-a-while swimming holes. This is the same route that launches day one of the popular Tha Khaek motorbike loop. Whether you are doing the loop or a day trip, here’s how to tackle cave alley.

If you’ve got a good motorbike and know how to handle dirt track, it’s doable but not without a battle. It would be a full on war in rainy season so consider carefully. Given the distances involved and the road conditions to the sites, bicycle is the least appealing option. Unless you can get a hold of a great mountain bike, we wouldn’t recommend pedalling all of the following.

Take note that some of the caves have several different local names or spellings. Turn offs for each cave are signposted, though often only on one side of the road facing one direction.

Some of the sites are without entrance fee or paid parking. Without paid parking, there is always a risk of the motorbike being stolen. Try parking in a visible area (not behind a building or a tree), lock the steering and use the extra wheel lock provided by the rental shop.

Tham Xang Km 3 from Route 13, on the right Tham Xang, meaning “elephant cave”, is the first cave once you depart Tha Khaek, cross Route 13 and head east along Route 12. Once feared by locals because of a formation inside that looked like a monster’s head, in 1956 the villagers decided to end a bout of bad health by dynamiting the monster. According to local lore, an elephant head formed in a different part of the cave which brought good health and since then, the cave is a revered Buddhist shrine.

The elephant head is visited every Pi Mai (Lao new year) and blessed with water to bring good luck. A pamphlet from the Tourism Centre writes that during World War II, Japanese soldiers collected bat droppings from the cave to make gun powder, and locals found shelter in the 60’s and 70’s during the ... Travelfish members only (Full text is around 1,900 words.)

Please sign in to read the rest of this page. The full text is around 1,900 words. 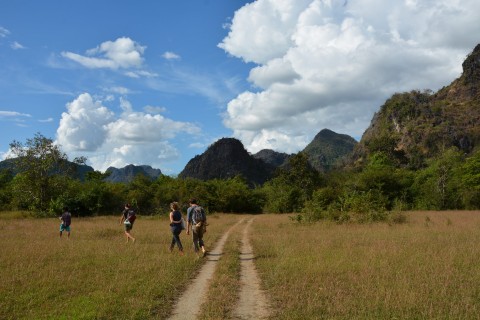 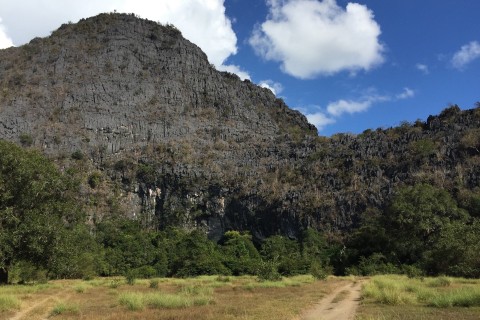