Savannakhet doesn’t appear on many tourist itineraries. It’s thin on sights and the decline in tourism interest over the years means that many of the programmes are currently not operating. The draw is the city itself, the historic downtown being the highlight. A showcase of languid ambience and quaint architecture, it can be atmospheric and utterly charming.

With the French settlement came Vietnamese and Chinese tradesmen and merchants, the area around Talat Yen and the Catholic Church becoming their commercial hub. You can still see the old wooden shop houses, mixed in with later 1970s modernist pebbledash and terrazzo homes and buildings. Buildings have been touched up with new roofs and some restoration work but much of the architectural details remain as they were, crumbling, dilapidated, imbued with a nostalgia long lost in cities like Tha Khaek and Pakse.

There are many buildings to gawk at on the streets running off from Talat Yen, all laid out in a neat grid. Check out Sooksavan Cafe Bistro, which is beside the abandoned modernist Khounsavan Cinema, Savan Cafe and the shops all along this street, Vivanouk B&B, the now closed Sala Savan Guesthouse and Lin’s Cafe, which in late 2016 still had a small exhibition on the old town upstairs. Look for battered, faded Chinese sign boards, along with a Chinese and Vietnamese temple.

At the northeast corner of Talat Yen is Saint Theresa Catholic Church, an important landmark built in the 1920s. The church is still active and services are held from 05:30 to 06:30 Sunday through Friday.

After initial set up by NGOs a few years back, the tourism and homestay programmes never really took flight. In late 2016, we were told that the trekking and eco-guide services were suspended as they were training new guides. Hopefully at some point in the future it will be revamped but don’t hold your ... Travelfish members only (Full text is around 500 words.)

Please sign in to read the rest of this page. The full text is around 500 words.

Our top 2 other sights and activities in and around Savannakhet 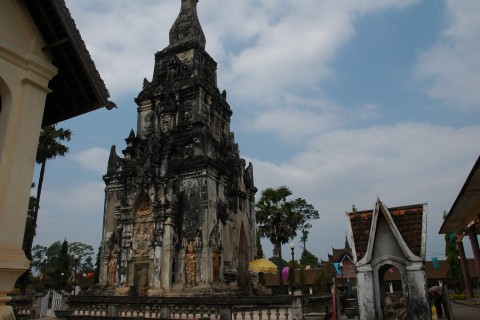 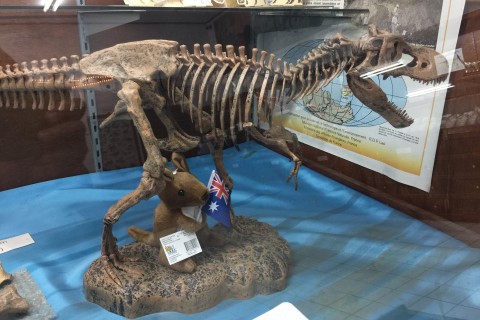 Before the French, there was T-Rex