Just after the border from Salavan into Sekong Province, Katu village Ban Kok Phung Tai has been put on the traveller map by Mr Hook aka “Captain Hook” and his tour which delivers fascinating insight into the Katu way of life.

Long after we rode away from the village, our heads were still spinning at the incredible things we learned about the people, beliefs, customs and culture of this ethnic group. The Katu (also spelled Cotu, Katou, Ca Tu, Kado) belong to the Mon-Khmer language family and are found in Sekong, Salavan and Savannakhet province, as well as in Quang Nam and Thua Thien-Hue provinces of Vietnam. They are animists and as Captain Hook guides you through his rural village and farmlands, he explains how the spirit world, shamans and religious rites play an important role in their life and actions.

It’s important that visitors come with an open mind. Hook speaks eloquently and matter of factly, and answers questions patiently—no question seems taboo. Some customs like teeth filing and tattooing have died out, while polygamy remains common practice. The entire family lives in one big longhouse, which doesn’t seem big at all when you consider that the largest house in this village has 69 people! Hook himself has 34 people living in his house.

The deep connection the Katu have with the land and nature is evident, as Hook shows a wide variety of plants used for medicine—there is a plant for every kind of ailment, a plant that can be used for shampoo, even a plant used to whistle a signal for your sweetheart.

Tours are informal—just show up and hopefully he is there. If he is already on a tour, wait, enjoy a cup of homegrown organic coffee brewed with ingeniously handcrafted bamboo filters or try some Katu food (20,000 kip). Tours are a one and a half hour walk around in a small group (15,000 kip per person).

A homestay is available (50,000 kip per person including dinner and breakfast). Expect very basic conditions. The village itself is rustic with limited infrastructure, an authentic experience that may not be for everyone. With more time there’s a possibility to do a one-day trek to two waterfalls in the jungle with swimming, lunch and drinking water (200,000 kip per person).

Whether on the short or long loop around the Bolaven Plateau, you’ll pass the village. If coming from Tad Lo, head north on Road 20, then at the Ban Beng junction, turn right to head south (this is the way to Sinouk Coffee Resort and Paksong). It is 10.5 km south of Ban Beng, 46 km north of Paksong. There is a sign at the turn off and someone collects 5,000 kip to enter the village.

If this front entrance of the village or a house entrance is blocked by a tree branch, it signals there is a special ceremony and outsiders absolutely must not enter.

Our top 2 other sights and activities in and around Sekong 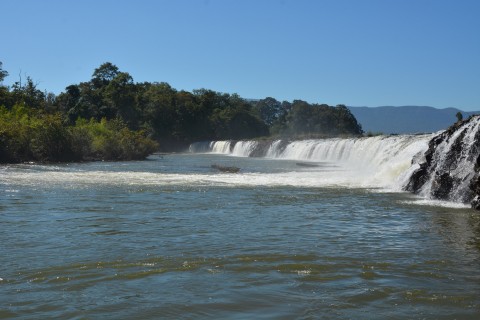 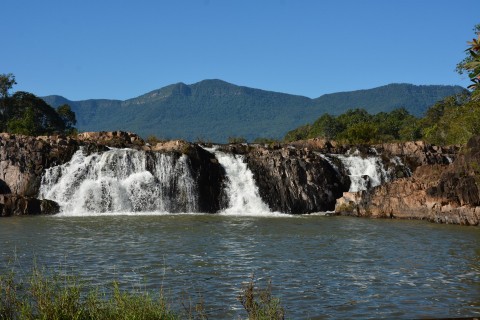 Watch out for those fish!