The Cheng Ho Cultural Museum celebrates the life and exploits of Admiral Cheng Ho in a huge and exhaustive exhibition over eight converted shophouses.

If ever there was a character from the annals of history who could appear larger than life across centuries, it would be the Chinese Ming Dynasty Admiral, also known as Zeng He, who lived 1371–1433.

His epic travels across Asia, Africa and the Arabian peninsular have made him somewhat of a superstar amongst the Chinese diaspora, nowhere more so than in Melaka, where he stopped several times on his journeys.

The Cheng Ho Cultural Museum is said to have originally being erected on the site of a warehouse built by Cheng Ho himself. The museum also covers a miscellany of the Chinese in Melaka, life here in the 15th-century, trade and exploration. Exhibitions range from the curious—how Cheng Ho was made a eunuch as a young boy, with a “treasure pot” and knife on display—to the rather spectacular (if a tad cheesy), moving diorama of hundreds of model ships from his fleet. One section is dedicated to the somewhat controversial book by Gavin Menzies 1421: The Year China Discovered the World.

Like many of the museums in Melaka, it’s very text heavy and rather dryly laid out, and could do with a large sweep of modern curatorial flair, however it’s a detailed and fascinating read, just don’t do it all at once or you’ll be there for days. Even if you’ve never heard of Cheng Ho before, you’ll certainly gain a degree of respect after your visit.

Other sites dedicated to Cheng Ho in Melaka include a gallery at the History and Ethnography Museum at The Stadthuys, and the Poh San Teng Temple at Bukit Cina where he is all but worshipped as a deity. The neighbouring King’s Well is believed by some scholars to have been dug by Cheng Ho. 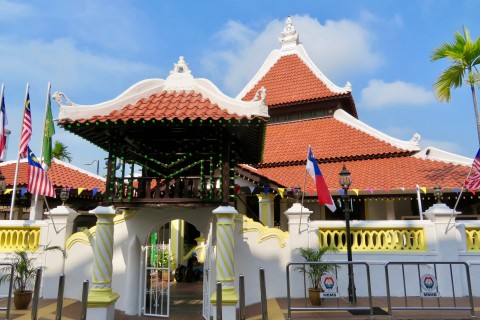 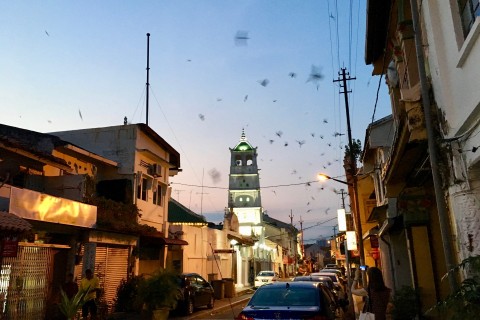