Confession time: we like trains. We have to admit we were a little bit excited to travel on the historical North Borneo Railway, but you don’t have to be a trainspotter kind of person to enjoy the romance of a steam train. The North Borneo Railway isn’t a regular train service, although a regular service does follow the same route, but rather a manufactured tourist attraction recreating the historical era of steam travel.

Construction on the original line began in 1896 with the intention of opening up the interior of Borneo by the colonial administrators to pillage the rich natural resources. The 36 kilometre section from Jesselton (now Kota Kinabalu) to Papar, along which the train runs today, was built in the early 1900s. Once the area was stripped of forest (something sounds familiar here), tobacco, rice, sugar and sago crops were grown and transported along the line.

The official North Borneo Railway was established on 1 August 1914. World wars and the Depression paralysed the system intermittently, then finally in 1971 steam locomotives were replaced by modern diesel trains. In 2000, the steam engines were resurrected as a historic tourist attraction.

The engine used today is a British-built wood-burning Vulcan (supposedly more environmentally friendly than coal). The five Japanese-designed carriages were built in the 1970s, and refurbished to recreate carriages typical of the 1900s featuring local woods from Sabah.

Each carriage has room for only 16 passengers, sitting facing each other with a wooden table in-between. Seats are comfy upholstered benches with the North Borneo Railway logo attached on brass plaques and all are window seats as it’s one passenger per bench. Don’t worry if you are travelling backwards, as the train reverses for the return journey. Large windows remain open for the full smokey experience, and breezy ceiling fans keep the carriage cool. Each carriage has a bathroom, and a British Pullman carriage functions as the kitchen car.

The train departs twice weekly, on Wednesdays and Saturdays, from Tanjung Aru Station at 10:00 (boarding at 09:30). On arrival at the station you are issued your ticket and passport by a pith-helmeted station assistant from an antiquated ticket office. A dedicated platform is decorated with North Borneo Railway logos, hanging pot plants, piles of logs, and historical information about the journey and the towns you will pass — it all adds to the excitement of the trip. You are able to watch the steam engine shunt and couple with the carriages, which happens just prior to departure time.

Once aboard, the helpful and friendly safari-suited, long-sock-wearing staff set about to make it an enjoyable journey. We are served iced lemon tea, then toot-toot — we departed, and breakfast was served. The selection of local treats including kaya toast (coconut jam) and kuih penjaram (rice flour and coconut milk cake) are presented on a banana leaf covered bamboo tray. Coffee and tea are served from metal thermoses in retro china cups. The passing scenery isn’t much to speak of, but most passengers don’t seem to care, and focus on the experience of the train. As we pass stations our passports are stamped — a little corny, but fun.

Children and adult locals wave and come out the greet the train as it’s only a twice-weekly event, adding to the atmosphere.

There are two stops along the way. A 20-minute stop at Kinarut lets you visit Tien Nam Shi Buddhist Temple or traditional local shops. Most passengers opt to photograph the train and take a look at the fireman stoking the engine. On return cold towels await, and drinks are offered (at a cost).

Prior to the second stop, the train passes a 450-metre tunnel built in the early 1900s. Sweet smelling wood smoke fills the train for the few seconds of darkness. The train crosses a steel trestle bridge over the Papar River, and we arrive at our destination, Papar town, for a 30-minute stop. Paper doesn’t have much to see unless you are a fan of kitsch cement sculptures. However, if you take the trip on a Saturday, there’s a local tamu (market).

What is interesting (if you are well, like us) is to watch the engine reverse and couple to the other end of the train. The engine is driven onto a section of track on a turntable and spun around in the reverse direction. Once attached, the front carriage becomes the last carriage, and your seats are now facing the opposite direction for the return journey. Train announcements suggest it would be good for passengers to swap sides too, so they could have a different view, but on our trip none seemed to understand the suggestion and stayed put.

Once back on the train, tables have been laid with tablecloths, and a set tiffin lunch is served. The food is tip-top, and plentiful. The menu is local fare: hinava (raw mackerel marinated in lime juice), fern tips with prawns, fish curry, a spicy chicken curry, Sabah red hill rice, and a selection of seasonal fruit. Food preferences are requested on booking, so vegetarians and allergy sufferers are catered for. The only disappointment was that water was served in plastic bottles, not really fitting with the era. Once finished the return journey begins. Talley-ho. Ice cream potong (local ice cream pops) are distributed. In our carriage they were corn flavour and the adjoining carriage had red bean flavour — much tastier than they sound. Scheduled arrival time at Tunjung Aru Station is 13:40.

For the best experience, book a seat in an end carriage; you will be at the opposite end for the return. From the back of the train, you are able to photograph the engine as it turns corners, and the front of the train gives you the real steam engine experience — the click-clack of the wheels, the toot-toot of the whistle and the smell of smoke. Without that it just feels like riding a regular train.

The trip is not cheap, but we thought it was very enjoyable, and considering it include two meals, is reasonable value. We did feel transfers to the station should be included in the price (they are included for guests of Sutera Harbour Resort only). More cynical travellers may find it a little too cheesy, but more cashed-up trainspotters will loved it. Bookings are essential.

To get to Tanjung Aru Station catch a Putatan bus from Wawasan terminal — 2 ringgit (15-20 minutes). Buses only depart when full, so a taxi may be a more reliable way to get there and will cost approximately 20 ringgit. 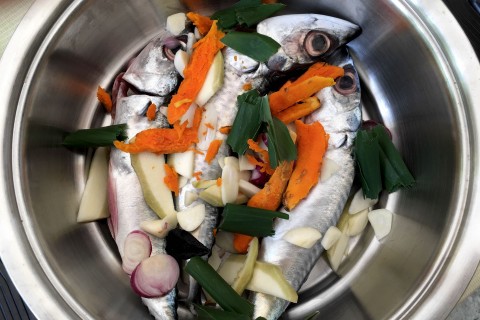 Food, culture and a happy tummy 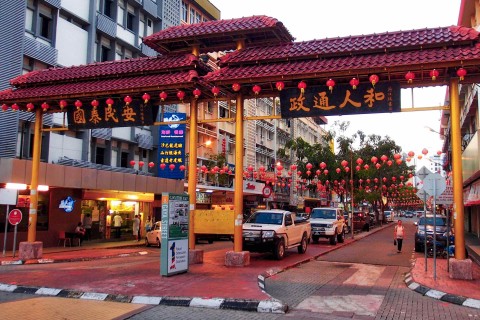 Food and history in one street 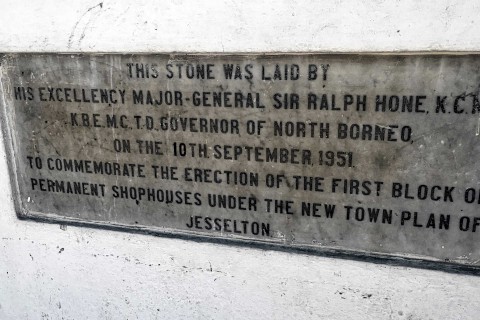 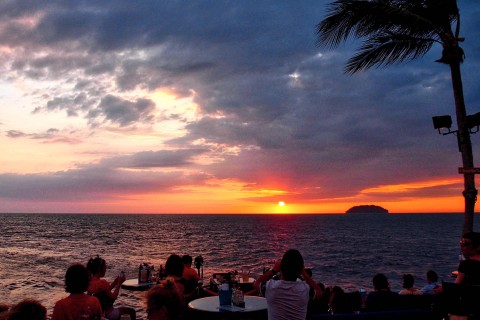 The best part of the day 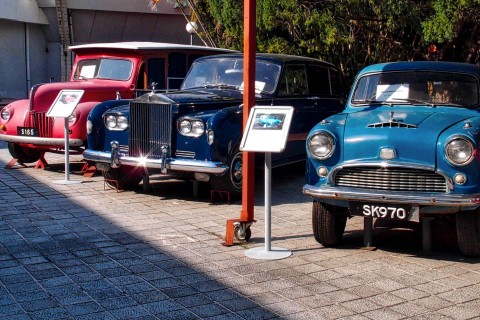 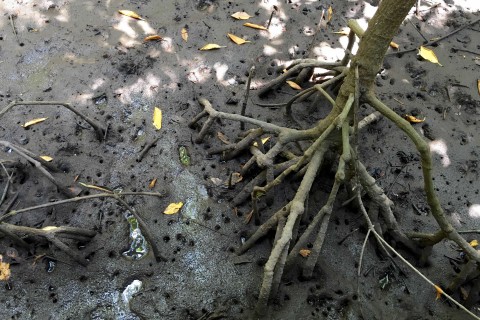 Take a breath of fresh air 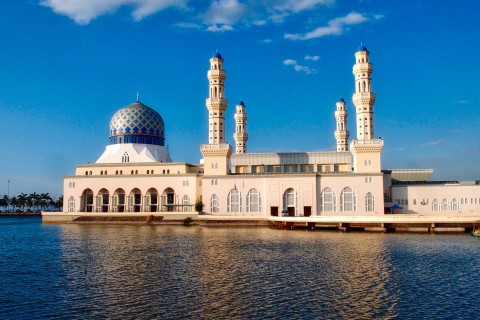 Wildlife near the city