Sabah’s most northerly point, Tanjung Simpang Mengayu, has a wonderful air of falling off the edge of the map — sandstone fingers grasp at the sea, trailing into the treacherous waters where the South China and Sulu seas converge.

Once a place of pirates, explorers and sunken galleons, the cape has been developed for tourism, and is officially known as the "Tip of Borneo". Here on the left pointy ear of Sabah’s dog-head map, the magnificent windswept clifftop views deliver sublime sunsets as waters dramatically crash the rocks below. A bronze globe monument marks the headland and is a popular photo-taking spot with local tourists. Stairs lead down the pitted sandstone cliff for the best views of the peninsula, but a warning barrier doesn’t seem to deter most from climbing beyond to the dangerous rocks below (be careful, the waves are lethal).

Around the peninsula, you’ll find some of Sabah’s most unspoilt and beautiful beaches and it’s worth spending a day or two exploring the area. To the west of the tip, Kalampunain Beach (also known as Kosuhui and Tip of Borneo Beach) is a two and a half kilometre sweep of white sand bordered with casuarina trees and dotted with (somewhat overpriced) accommodation, cafes and seashell sellers. As attractive as they may be, don’t buy seashells (or collect your own for that matter), as you will be contributing towards the decimation of protected species, and you may be fined at customs.

From December to March the usually pancake-flat waves can kick up a swell, and the area has become one of Sabah’s surfing hot-spots. There’s also good diving nearby and word is, local treasure hunters are still finding shipwrecks from early maritime trade. Around the area, mountain biking and trekking are possible and the excellent Tempat Do Aman offers a jungle camp.

A couple of bays south, Bavang Jamal Beach is worth a lingering detour, with beach camping opportunities at Secret Place and Sabah’s most chilled bar, La Playa. To the east of the cape, Bak Bak Beach is another popular local picnic spot and some new accommodation was being built here when we visited in 2016.

The Tip of Borneo is 30 kilometres north of Kudat, but is not reachable by public transport—incredulous considering the money that has poured into developing the area. A return taxi from Kudat is about 100 ringgit. Alternatively you could contact Howard at Tempat Do Aman (T: (0138) 808 395) to see if there is room for a non-guest on their transport (25 ringgit each way).

An annual open-air music festival is held at the Tip of Borneo in June.

Our top 2 other sights and activities in and around Kudat 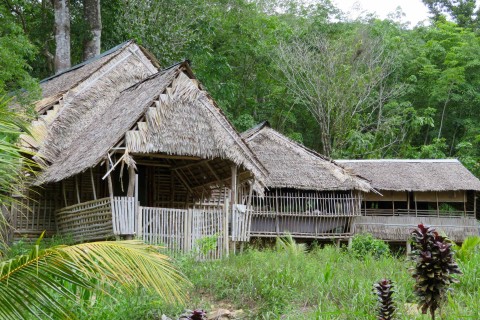 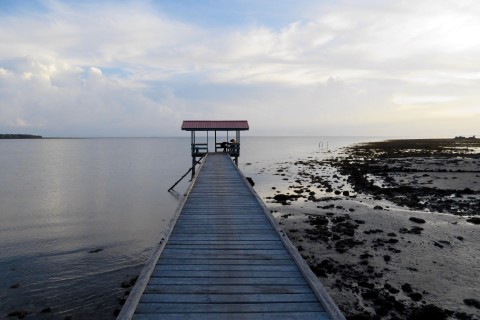 Off the tourist trail