For centuries, Gomantong Cave has been renowned as a home of birds’ nests: specifically edible birds-nest-soup-type nests produced from the saliva of the white-nest and black-nest swiftlets.

The method of harvesting the nests is an ancient tradition still adhered to today, using a system of bamboo ladders and poles and rattan ropes the collectors hang from the roof of the cave to gather the nests.

Collectors here must possess a special licence, and only a limited number are issued each year through a tender system. This is a very controlled industry and harvesting only takes place a few times a year: February and August for the highly prized white nests, which can fetch 7,000 ringgit per kilo, and April and August for the lower quality black nests, with a market value of about 4,000 ringgit per kilo. Nineteen caves within the Gomantong system produce the nests, but visitors have easy access to only one.

The main cave system is divided in two: the more accessible Simud Hitam (Black Cave), and above, the larger Simud Putih (White Cave). The names refer to the nests produced in each cave. Simud Putih is not open to the general public, and a visit requires permission from the Forestry Department as well as technical caving equipment. Simud Hitam is an easy 15-minute walk from the carpark along a wooden boardwalk. The mouth of the cave beckons and inside the chamber opens to skyscraper proportions.

Then it hits you: the smell. It’s not just swiftlets who make their home here. The base of the cave is home to a mountain of bat guano and swarms of cockroaches. It’s eye-watering and rather icky.

Guides will point out a few other interesting cave dwelling critters who make their home here too. Some of the rigging from the nest collectors is suspended from the roof, but as it was not the season for collecting, we were unable to see the process. The rather slippery bat poo-encrusted walkway leads around the inside of the cave. You won’t want to slip, but you won’t want to touch the railings either.

We did a quick walk around and wanted to get out as the stench is unbearable. On entry, we had been handed a shower cap by an exiting tourist, which turned out to be excellent protection from dripping bat excrement, and a recommended accessory if you visit. Wear enclosed shoes and you may consider shoe covers too. There’s a tap to wash your guano-drenched footwear outside.

The forest around the cave is good for spotting birds and other wildlife. We saw some fresh orangutan nests, and other tourists reported seeing the apes.

As the caves are a little difficult to reach, we would not make a special trip unless you are a keen spelunker, however, if you are passing or visiting the Kinabatangan, it’s a worthwhile detour particularly during the limited harvesting season (if you can stand the smell).

The easiest way to visit Gomantong Caves is as an add-on to a Kinabatangan tour package. If travelling with your own transport, the caves are 4.6 kilometres off the main road between Sandakan and Lahad Datu, and the turnoff is well signposted. Public buses that run between Sandakan and Lahad Datu can drop you at the junction, then it’s a long walk. 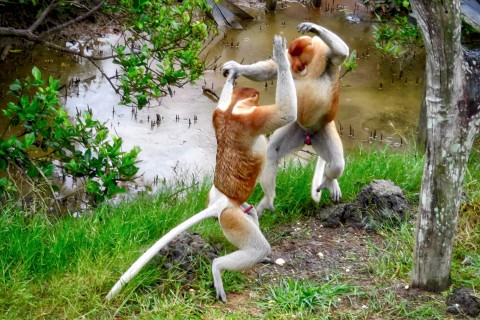 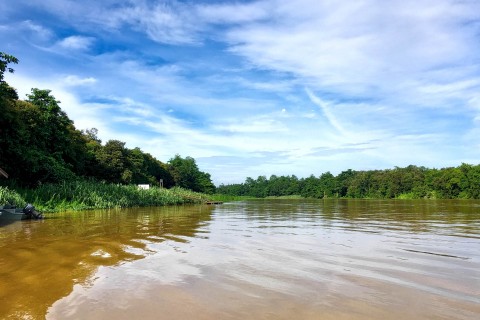 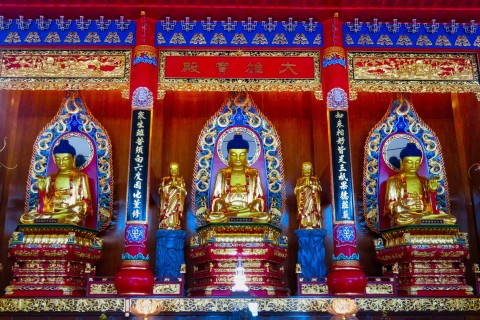