Originally dedicated the Hindu god Shiva, the ancient sandstone sanctuary of Prasat Sadok Kok Thom stands as the most noticeable evidence that the area around modern Aranyaprathet was once an outpost of the Khmer empire based at Angkor.

Over the course of the last several decades, the Thai Fine Arts Department oversaw a restoration (essentially a rebuild) that was completed in 2018. Upon the original laterite base, workers used freshly cut chunks of sandstone along with ancient fragments from the original site to reconstruct the towering central prang. The inner sanctum is now empty, but it’s thought to have once held a sacred lingum, a phallic symbol representing Shiva.

Other parts of the complex were also rebuilt and it’s easy to tell the new from the old. The result is that the sanctuary looks astonishing from afar but disappointing at close range, at least when compared to many other ruins scattered around Cambodia and Thailand.

With only bits of original detail including images of nagas and Shiva on his peacock Vahana, you’ll find no full lintels of the types adorning Phanom Rung or Banteay Chhmar, for example.

Yet the 11th-century sanctuary partly makes up for the lack of detail by way of its haunting surrounds. A dramatic lead-up takes you on a long laterite walkway draped in branches until the ruins come into view. You then ascend through a gopura before treading a second walkway rimmed by smooth pillars that have stood the test of time. Only then do you the reach the main sanctuary buttressed by galleries and what’s left of two libraries.

Elsewhere on the grounds you’ll find the remains of ancient walls and a rectangular reservoir that explains the site’s name, meaning “Large Temple Beside a Reservoir”. Apart from some locals fishing in the water, few others were around when we visited.

With the restoration complete, however, local officials have begun promoting the site to Thai tourists, adding structures for souvenir and food shops beside the car park. Don’t be surprised to find busloads of Thais here in the future.

Prasat Sadok Kok Thom (also spelt Sdok Khok Thom among other ways) is located roughly 30km north of Rong Khlua Market and a kilometre west of the Cambodia border off Highway 3446. From Aranyaprathet, head towards the border and turn north along the front side of Rong Khlua Market, and from there it’s a straight shot. This road runs very close to the border so don’t be surprised if you hit a Thai military checkpoint. If wanting to avoid that, try taking Highway 348 and then turning right on 3018.

Our top 1 other sights and activities in and around Aranyaprathet 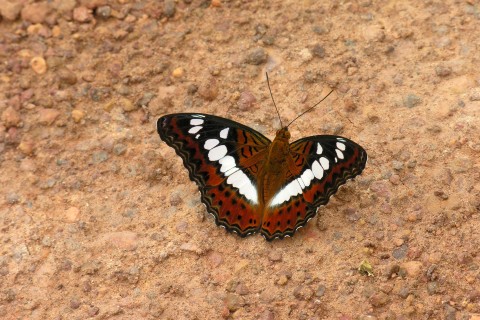