Worth a side trip
Published/Last edited or updated: 19th December, 2016

Khao Laem Ya reaches into the Gulf of Thailand like a long finger pointing straight at Ko Samet. Boasting a prime sunset viewpoint along with a pretty mainland beach, the rugged peninsula is worth a side trip if you’re hanging around Ban Phe and Haad Mae Ramphueng.

Another day, another viewpoint.

Khao Laem Ya-Mu Ko Samet National Park rakes in the 200-baht entry fees on Ko Samet, but few paying travellers make it to the park’s better-protected mainland section. Here you’ll find a park-run visitor centre along with a restaurant, nature trail and accommodation that includes several hilltop bungalows and a campground set beside the beach.

Azure-blue water laps onto the crescent of fine tan sand, which is shared with the neighbouring Rayong Resort. While falling just short of the level of beauty found on Ko Samet’s beaches, the peaceful atmosphere and lack of crowds makes it worth at least an hour of swimming and lounging. Unlike on Samet, it’s possible to pitch a tent within steps of the sand.

Looking east towards the beach.

Within sight of the beach, a couple of docks extend over the sea to put you as close as you can possibly get to Ko Samet while on the mainland. Notice the miniature statues of a magic flute-playing Phra Aphai set atop the lamp posts before gazing out towards Ao Phrao, the only west-coast beach found on Samet.

The docks are fine places to take in the sunset, but we headed towards a west-coast trail in search of a better viewpoint. After skirting the rocky coast with help from an elevated walkway, we bumped into the peninsula’s scenic end.

From here we huffed uphill, following a barely noticeable trail that pierced through gold-tinted grass standing as tall as our chests. It was worth it. A vantage point from near the summit of Khao Laem Ya — this is where the khao (mountain) comes in — afforded splendid western views over the vast Mae Ramphueng beach and Samet’s southern tail.

A shot from the top.

Picking prickly thorns from our jeans, we wandered back down the hill and found an inland trail that met the main road after a few hundred metres. A few mountain bikers rumbled down the path. Upon reaching the road it was an easy five-minute stroll back down to the coast, where we grabbed a quick snack before heading back to Ban Phe.

Keep an eye out for monkeys.

All of Khao Laem Ya’s points of interest can be visited in an hour if you’re in a rush, but it’s also a fine place to kick back for a day or longer. We found that it worked well as part of a day trip out of Ban Phe that also included the Rayong Aquarium and Haad Mae Ramphueng. 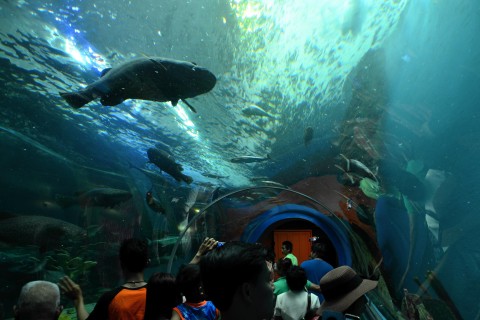 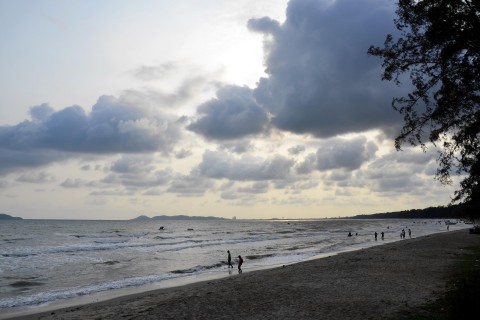 A different sort of day trip 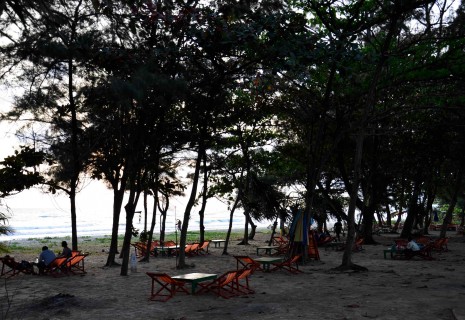 The beach just goes and goes